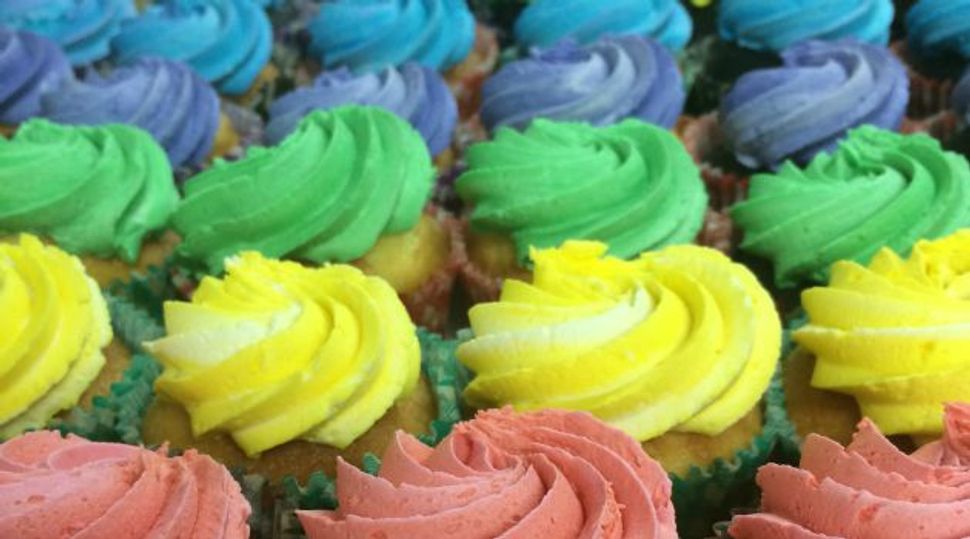 These days, a lot of women are talking about the importance of “leaning in,” but Nechamit Rosen, head pastry chef at the Kosher Marketplace, a kosher goods staple on Manhattan’s Upper West Side, knew how to do that before she picked up Sheryl Sanberg’s bestseller.

Two years ago, the then-21-year-old was tired of her assistant pastry chef job at Village Crown. She’d learned a lot there, but she was overworked. It was time for a change. So she printed up her résumé, made hundreds of mini samples and started introducing herself to the kosher eateries around town.

When she walked through the Kosher Marketplace’s electronic doors in May 2013, she had her pitch ready: “You don’t have an in-house kosher baker,” she told the store owner Alan Kaufman. “If you want to thrive in the current market competition, you need an in-house baker. I’m your girl.”

“He couldn’t believe my cupcakes were kosher, let alone parve,” she said. He hired her on the spot. 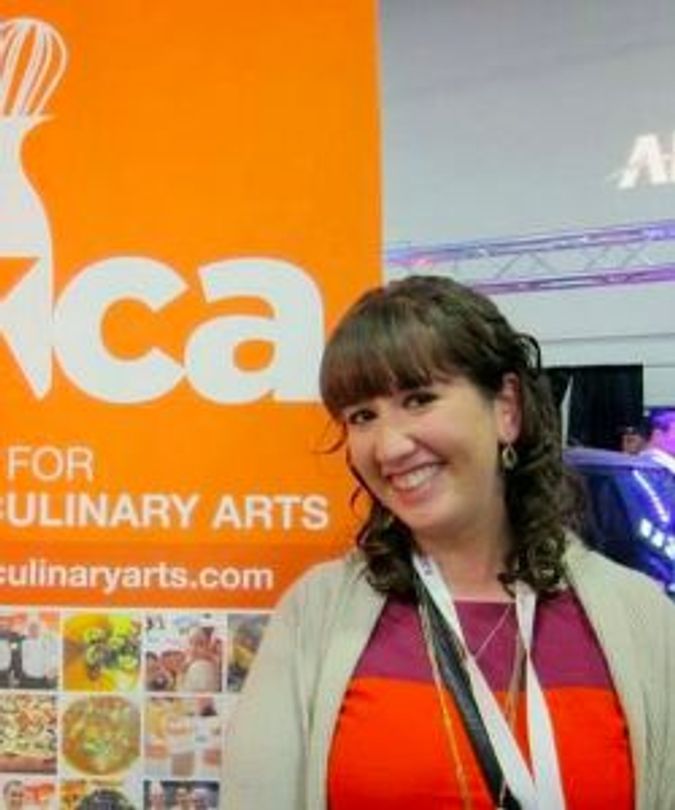 Two years later, Rosen, 23, is still at the Kosher Marketplace — and she’s thriving. She’s created a powerhouse bakery out of the basement of the shop, and she’s making herself known to an array of clients, she said, as “the one baking everything downstairs, fresh — with no preservatives!”

Rosen has her own corner where she can hang her hat — proverbially and actually — in the supermarket’s industrial kitchen, which she calls home for 12 to 14 hours a day, 6 days a week. Rosen is responsible for inventory, management and, of course, all of the baked goods.

“I do all the cupcakes,” she said, making it clear that the cupcakes are her favorite thing to bake. But she bakes everything: cookies, cakes and pies. Thursday is generally her busiest day, she said, because it’s the day before the pre-Shabbat rush.

“That’s my mixer,” she said, gesturing to her left. “It’s 10 quarts,” she added with pride. “Let me just wash it out — I’m making zucchini bread — and we can keep talking.”

Over the rumble of the mixer, she told me how she got into baking. Rosen always loved to cook and bake, she said. When her high school friends were studying for the SATs and looking for appropriate colleges, she was looking for culinary schools. “When I was in 11th grade,” she said, “I found the Jerusalem Culinary Institute” (which closed last year). After high school, she spent a year and a half studying at Michlelet Mevaseret Yerushalayim (MMY), a religious girls post high school program in Jerusalem; then enrolled at JCI. “JCI got my toes wet and gave me the foundation I needed to get started in the culinary industry.”

After that, Rosen returned to her hometown of Chicago, received mashgiach (kosher supervisor) training from the Chicago Rabbinical Council and became an intern there. “Three months after I started,” she said, “the pastry chef quit. So I was it.”

And just like that, a 20 year old was head pastry chef for Spertus Kosher Catering featuring Cuisine by Wolfgang Puck.

It was then that Rosen received her “kitchen name,” as she calls it. “Chefs couldn’t say my name,” Rosen said. “Nechamit’s hard for people to pronounce!” Her first boss told her that she needed a nickname. “She came up with a bunch of ideas, but I never responded.” For some reason, Nikki stuck.

When she started her next job less than a year later at New York’s Village Crown, her colleagues, yet again, couldn’t pronounce her name. “I was like, ‘it’s time to bring Nikki back,’” Rosen said. Though some of her white chef’s jackets say Nechamit, “my coworkers know me as Nikki. That’s my name at work.”

When talking about the inspiration behind her love for cooking, Rosen cited one major influence: her grandmother. Sure, her parents always tell her stories about “little Nechamit” being in the kitchen, but the first memory that sticks out in Rosen’s mind was when she was in 6th grade. It was August and the holidays were early that year, Rosen remembered. She and her sister were going to her grandmother’s to bake and cook for the holidays.

“My mom said, ‘bring a notebook and write down all of grandma’s recipes,’” Rosen said. “I thank my mom every day for telling me to do this.” Many of Rosen’s grandmother’s recipes were made by memory, and others were more exact. “I still have that notebook,” Rosen said fondly. “That’s where all of my recipes are. I’ve continued adding to it.”

Rosen brought these recipes and more to her position at the Kosher Marketplace. Though black-and-white cookies and rainbow cookies may be New York City staples — and she makes them with her own flair — Rosen has customers asking for her original “chocococolate” cookies, as well as her own interpretation of the traditional seven-layer cake.

New recipes weren’t the only innovation she brought with her. She also created and continues to manage the Kosher Marketplace’s social media presence..

Adjusting her creative culinary skills to the Kosher Marketplace’s clientele has proven slightly challenging for Rosen. “People are used to things,” Rosen says, “it’s hard to change. They like their zucchini bread and their banana bread and won’t give it up. I try to change things up,” she said, “but it’s a slow process. I have fun with it.”

Because of Rosen, the market started selling homemade macaroons and mudslide cookies, among other specialty desserts.

Rosen and her innovations are a hit with her boss and her clients. Kaufman, who hired her, said, “Nikki is a fabulous young lady, and she’s already brought a great bakery department to this store, which never had one before.”

Rosen said she hoped to graduate from working in someone else’s kitchen to one day running her own. “I want to open my own bakery cafe,” she said. “I’m not reinventing the wheel or anything. It would kind of be like Starbucks or Coffee Bean, but a totally kosher version of it.”

In the culinary management program she took at the Institute of Culinary Education in New York, Rosen imagined and designed this dream culinary endeavor. “I see my bakery cafe as a place for students and professionals to go, with couches, tables, and bar stools,” she said. “I would make my own pastries, drinks, salads, wraps — and maybe even have a soup bar.”

“When will it open?” she mused. “When I feel like I’m ready. More experience and more, more!”

With so much talent, enthusiasm and determination, it seems clear that New York’s youngest kosher pastry chef will achieve whatever she sets her sights on.