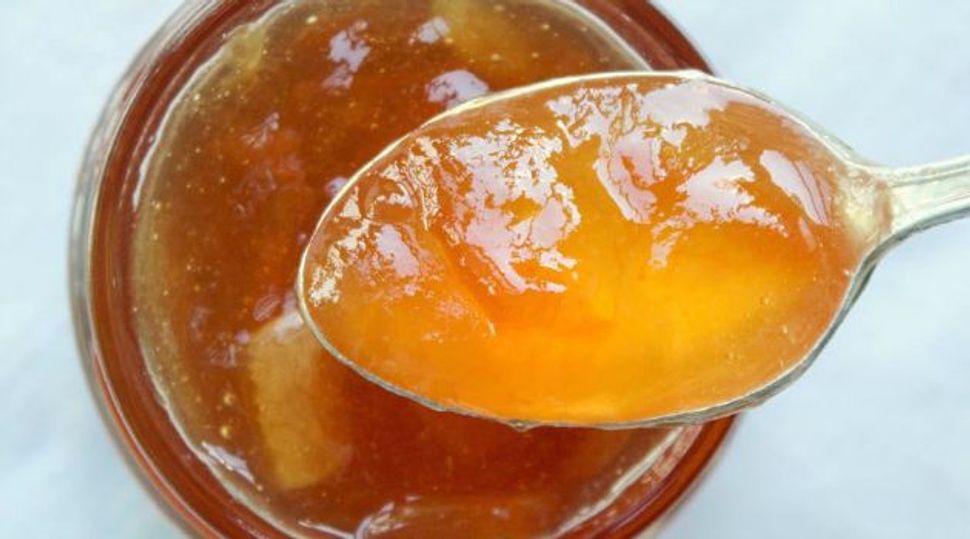 I first met Vicky Allard and Joe Hanglin, the culinary couple behind Blake Hill Preserves, at KosherFest 2013, the annual celebration of all things kosher. Tucked away in the New Products room, slightly removed from the hubbub of hungry throngs sampling free food, the two stood behind a modest table covered with tiny spoons, crackers and a glistening kaleidoscope of preserves. My feet were sore; my palate spent, but Vicky’s chirpy British accent and a cracker slicked in amber roped me back in for a final nibble. Or, well, three. OK, maybe four. 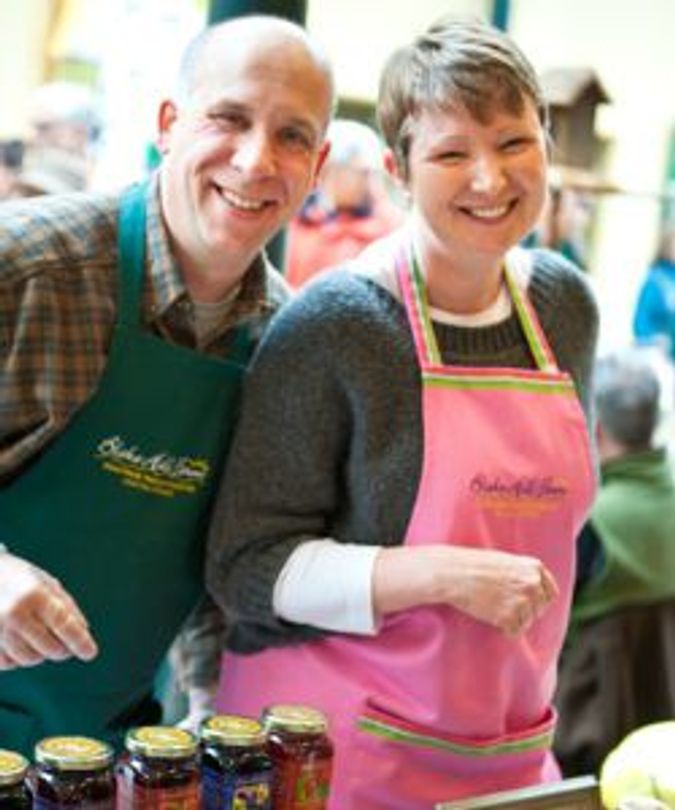 The first taste of Blake Hill — a marmalade sweet and bitter with orange and heady with more than a whiff of whisky — was a true conversation starter. Vicky and I chatted while I tried not to appear too gluttonous, snacking my way down the line of fruit-filled jars. Vicky told me that, growing up in Hampshire, England, she learned from her mother and grandmother the art of preserving the harvest. She and her husband Joe, who grew up in Gibraltar, bought Blake Hill Farm a decade ago and what began as a hobby and neighborly gesture — what can you do with jar after jar of preserves other than share? — rapidly grew into a business. Their flavor combinations are creative, and I particularly appreciate the Mediterranean flavors in the chutneys inspired by Joe’s Spanish and Moroccan heritage.

Given that Vicky and Joe have no Jewish background, I was curious why a small artisanal company based in a small town in southern Vermont would go through the not insignificant time, effort and energy to pursue kosher certification from the O-U. Vicky told me that several customers had asked them to consider making their products kosher, and they wanted to be responsive to their customers’ needs. Vicky’s response is emblematic of the company’s ethos of supporting its community: they source much of their fruit within a twenty-mile radius of their kitchen, participate in farmers’ markets and support local charities focused on providing quality food to those in need. And last year, they began serving the kosher community as well.

As the holiday draws to a close, Blake Hill preserves can breathe new life into traditional Hanukkah fare. Making sufganiyot? Fill them with raspberry hibiscus jam. Tired of applesauce or sour cream with your latkes? Try some chutney — cranberry and orange with classic potato pancakes or date and cumin with sweet-potato ones.

And after the last candle’s been lit and the gelt is all gone, warm up that orange and whisky marmalade and drizzle it over a scoop of vanilla ice cream. It’ll make any day feel like a holiday.