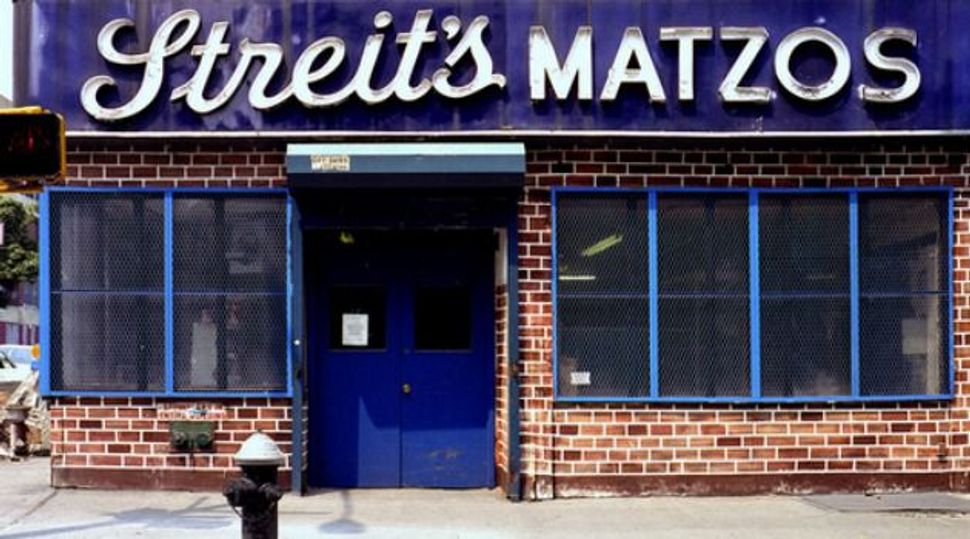 The Streit family announced today that it will close the doors of its 90-year-old factory this spring, at the conclusion of the Passover baking season. The announcement was made by filmmaker Michael Levine, who had been working on a documentary about the company, Streit’s Matzo and the American Dream, for the past two years.

“Since 1925, the Streit’s Matzo factory has stood at 148-154 Rivington Street on New York’s Lower East Side,” he wrote in a missive he sent this morning to the publication Bowery Boogie. “Here, in four, low-slung brick tenement buildings, five generations of the Streit family, and as many generations of factory workers, devoted their lives to the art of mixing flour and water, and sending these two simple ingredients through a seventy-three foot long oven to create sheets of matzo, the unleavened bread central to the Jewish holiday of Passover.”

The four buildings that comprise Streit’s factory, which is the last family-owned matzo factory in the U.S., are now under contract to a developer.

“I personally know that this was an agonizing decision for the Streit family,” Levine said. “I watched as they turned down offer after offer, until the challenges of maintaining a manufacturing business in a drastically changing Lower East Side, as well as the pressures of increased foreign competition, left the company no alternative but to accept.

“For the Jewish community nationwide and for the descendants of immigrants of all backgrounds whose families passed through neighborhood over the course of the last century or who remain here, it is the loss of a connection to a Lower East Side that is ever more the domain of museums and memory than of daily life,” Levine said.

Streit’s Matzo produces 40 percent of the matzo sold in the U.S. The family says it hopes to find a new home for the business.