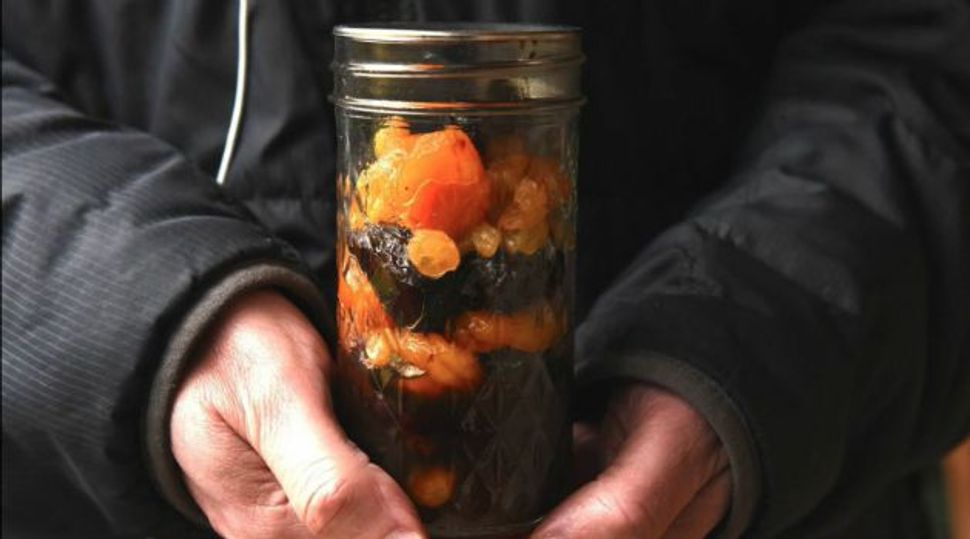 “My mom is inviting you for a Tu B’Shvat seder.”

I had neither heard of nor experienced a Tu B’Shvat seder while growing up in Israel, until my boyfriend at the time — I was 17 —extended the invitation. I was perplexed by the custom, as well as by his parents’ gesture.

The curtains in the small two-bedroom apartment in a bauhaus-esque government-built building were drawn. Only one utilitarian light was faintly illuminating the small card table-like dining room table. It was not a rejuvenating, spring awakening and earth’s re-birth Tu B’Shvat jubilation, but a somber Jewish Arbor Day ritual.

My friend’s dad was a Clark Gable look-alike. It seemed as if he’d stepped directly off a Hollywood movie set. The parents, Greek Jews, were elegant — aristocratic almost — and did not indulge in much chatter. They silently held their judgement, unflaggingly watching my every move.

I heard the prayers over the dried fruit on the seder plate muffled, as if coming from a distance.

At the end of the early evening seder, I was baffled at my friend’s inconspicuous gestures coaxing me to finish every last morsel that was left on my plate. Later that evening, as I questioned his odd insistence, he said: “My dad is a Holocaust survivor. Haven’t you noticed the number tattooed by the Nazis on his forearm?!” I did from that day on.

My friend’s mom and her family were fortunate: They were spared the horrific agony of the Holocaust. They had emigrated to Israel (then called Palestine) in the early years of the twentieth century.

As documented on the United States Holocaust Museum’s site:

“In mid-July 1942, the Germans forced 9,000 Jewish males of Greek citizenship between the ages of 18 and 45 to assemble at Liberty Square (Plateia Eleftheria), where they were registered for forced-labor assignments. Throughout the day, the Germans humiliated and beat these men. Two thousand Jews were assigned to forced-labor projects for the German army.”

January 27 marked the 70th anniversary of the liberation of the Auschwitz camps. Claudia Roden, in “The Book of Jewish Food,” writes: “In World War II, the Balkan communities were destroyed by the Nazis.”

The systematic massacre of the Saloniki Jews by the Nazis is further chronicled in the Holocaust Encyclopedia: “Between March and August 1943, the Germans deported more than 45,000 Jews from Salonika to Auschwitz-Birkenau extermination camp. Most of the deportees were gassed on arrival in Auschwitz.”

We celebrate Tu B’shvat, also known as The New Year for Trees, on the evening of February 3rd. This year I’ll be making a dried fruit compote. The Tu-B’Shvat seder custom was created in Safed in the 17th century. Prayers over the seven species, wheat, barley, grape, fig, pomegranate, olive and date, among 30 different fruits that graced the holy land, are recited. In the Diaspora, where fresh bounty of these species wasn’t available, especially centuries ago, the prayers were recited over dried fruits. The custom of praying over dried fruit is now also practiced by many in Israel.

The dried fruit compote is Turkish-inspired, but adapted by many Greeks, especially in Saloniki and the northern region of Macedonia. It is also very popular in many Jewish communities worldwide, often poached in wine instead of simple syrup.

As I taste a morsel of the dried fruit compote, I’ll be commemorating my first and lone (to-date) Tu B’Shvat seder. As I have the compote, preserved in jars, I’ll be thinking of the Saloniki Jewish community, among the millions who perished in death camps, and of those who were freed, 70 years ago this past week, and survived to continue the Tu B’Shvat seder tradition and pass it on.

Shulie Madnick is a food and travel writer and photographer and the author of the blog FoodWanderings.com. She is an Indian Israeli now living just outside DC. Follow her on Twitter @foodwanderings.