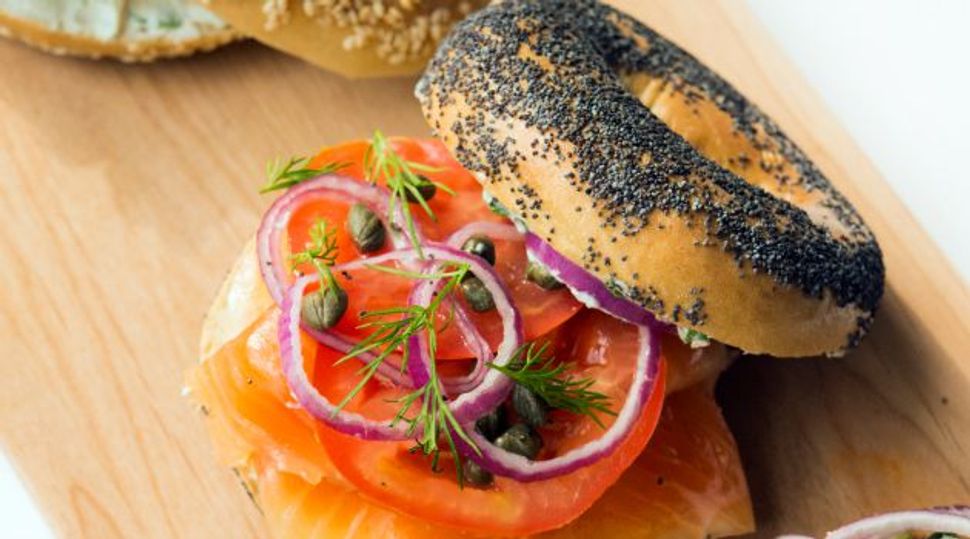 Black Seed bills itself as a “modern-day bagel shop steeped in old-world tradition.” Now, the New York chainlet is taking that literally.

GrubStreet reports that white-hot Black Seed will open a new East Village outlet in the longtime home of DeRobertis, the legendary Italian pastry shop that closed in November after 110 years.

Symbolism aside, the move represents a giant step for Black Seed, according to Noah Bernamoff, the nouveau-deli maven who launched the business with The Smile’s Matt Kliegman last year. When First Avenue opens, we’ll have three times the baking capacity we have now,” Bernamoff told the Forward. “With the move, we can become a wholesale supplier, which we’ve always planned.”

In the meantime, there’s a lot of work to do before Black Seed’s irresistible Montreal-New York hybrid bagels start emerging from 176 First Avenue. “We have to start from scratch with equipment,” Bernamoff said. “Their oven’s old, humongous, and buried in the basement. We use a wood-burning oven, and we place it right where customers can see it, smell it, and feel a connection to what’s happening. But we’re going to preserve the unbelievable architectural elements of the space. It’s worth it to preserve a space that’s so meaningful for the East Village.” Bernamoff and Kliegman plan a late spring/early summer opening.

…..Even carnivores have swooned over Chef Amanda Cohen’s sexy veggies at Dirt Candy, her 18-seat East Village shoebox — think lush spinach mille-feuille or Brussels sprout tacos with smoked avocado. But after six years, Cohen has decamped to a Lower East Side space that more than triples her footprint to 60 seats – and where tipping will become a thing of the past. Cohen will instead charge a 20% “administrative fee” that helps fund the restaurant. “New York is losing cooks to cities that have a better standard of living,” Cohen told the Daily News. “I can’t be part of a system that pays people $12 an hour.”

…..Foodies are keeping an eye on Brooklyn’s Sussman brothers, both of whom have recently become free agents. Eater reports that Eli Sussman last week left Mile End Deli, where he worked the kitchen line under founder Noah Bernamoff. Sibling Max, former chef de cuisine at pizza palace Roberta’s, was left job-free by the November shuttering of Lower East Side hotspot The Cleveland, where ran the kitchen. What’s next for the bros Sussman? “We are really excited about the release of our upcoming cookbook, Classic Recipes for Modern People, out March, 31,” they told the Forward in a jointly signed e-mail. Stay tuned.

…..Israeli-born artist Roy Nachum is the designer behind opulent new midtown steak palace Hunt & Fish Club. The Wall Street Journalpraised Nachum for cliché-free masterstrokes like a 40-by-20 light installation, another light installation made to look like a compass rose, and his own “braille paintings,” which visitors are encouraged to touch. “It’s kind of like you’re coming into my universe, into my space. It’s my world,” Nachum told the Journal. Nachum and wife Maia run Studio Iyor, a Soho design firm.

…..Philadelphia star chef Michael Solomonov comes clean on his longtime crack and heroin use — and agonizing recuperation – in March’s Men’s Health magazine. “The first year of recovery is almost harder than the last year of addiction,” says the macher behind hits like Zahav and Dizengoff, who’s been clean since rehab in 2008. His new compulsion: Workouts, from intense circuit training to boxing to surfing the Jersey shore. “If you’re stagnant or complacent you’re going backward,” the Israeli-born Solomonov tells the magazine.

…..The Workmen’s Circle, which weds social justice and Jewish culture, is kicking off a yearlong series of food events with a February 22 feast at Marani, New York’s sole Glatt kosher Georgian restaurant. The series will also feature a bar-mitzvah-party-themed evening in April, and a night of Ashkenazi hits with the Gefilteria team in May.