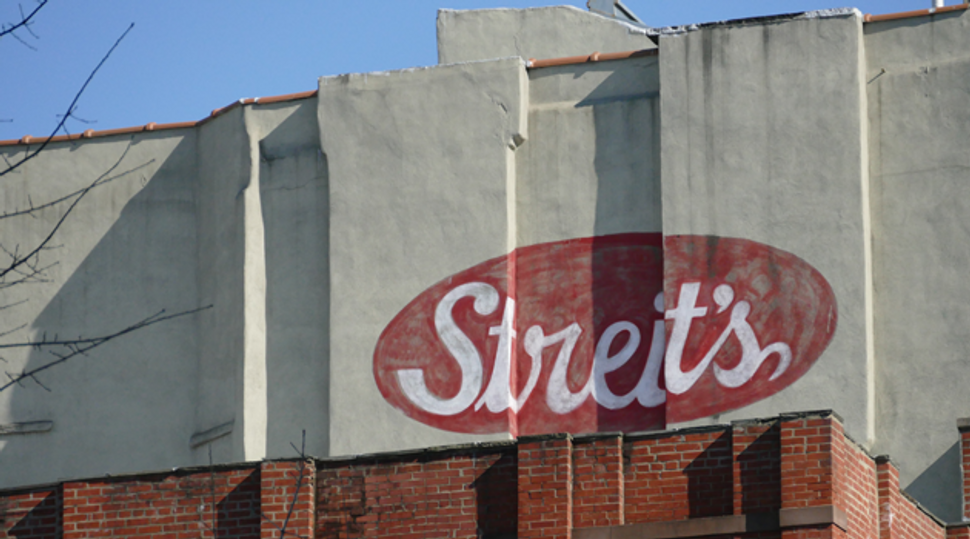 Gina Cecala came into Streit’s Matzos on Tuesday morning in search of black-pepper matzo — and to pay her respects. “When I read in the newspaper that you guys were moving, I almost died,” she said, loading her purchases onto the counter. “So many years you’ve been here. I feel so sorry.”

And she isn’t the only one.

As Streit’s — a fixture on the Lower East Side since 1925 — prepares to shut its factory doors next month and move to New Jersey, a wave of nostalgia has hit Rivington Street.

“They come in and ask why are we closing and when are they closing,” Streit’s maintenance manager Angelo Curto said. “People come from all over the U.S. and they say when they were little kids they used to get their matzo here. Now they bring their grandchildren.”

Alan Adler, co-owner of Streit’s and one of the founder’s great-grandsons, insists that it’s not the end of an era.

“The essence of Streit’s is going to continue,” he said. “It’s the continuation of an era in a different location.” Adler went on to explain that the factory, which churns out an estimated 900 hundred pounds of matzo an hour, can no longer rely on the same ovens used fifty years ago. He cites both the outdated machinery and the lack of parking for delivery trucks as factors that contributed to the impending move.

While Adler firmly believes that the move is a positive one — “A lot of our customers say they’re surprised we made it so long here!” he said — he, along with co-owners Aaron Yagoda and Aaron Gross, can wax nostalgic about their years growing up in the factory. “Just running around here, it was an amazing, magical place.” Gross, who is great-grandson of founder Aron Streit, recalled.

As the closing date inches closer, customers descend on the factory’s small storefront to stock up on matzo and say their goodbyes. Albert Zeitchick, a former longtime resident of the Lower East Side, recalled his childhood visits to the store before Passover. “I’ve been coming here for more than fifty years,” he said. “My grandmother insisted that we buy our matzo here.” They would also journey to Shapiro Wines and Gus’s Pickles — both former longtime Jewish fixtures in the neighborhood — but Streit’s would always be the first stop. “This is a landmark,” he said. “We’re losing part of our heritage, part of our history.”