14 Brisket Quotations From a Braised-Meat Maven 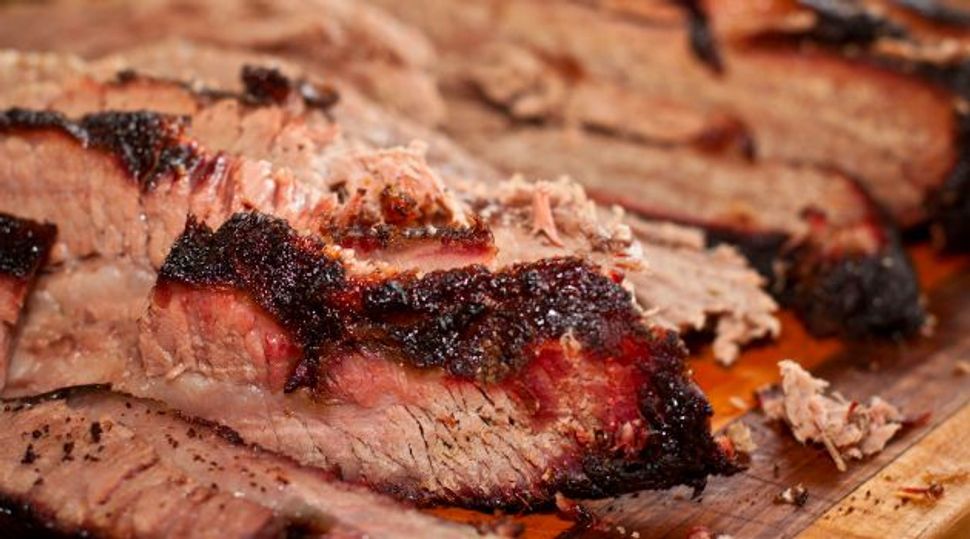 Yes, it is meltingly tender, a hallowed tradition, the ultimate comfort food, the meat that people who don’t eat meat do eat. (Before I wrote “The Brisket Book,” I thought that was a little odd too.)

And brisket — multitasker extraordinaire — is not only delicious, it is also deliciously quotable.

Observations, opinions, advice, tips, humor, reminiscences, praise, pleas, poems and stories abound. Mostly opinions. And to make it juicier, brisket mavens rarely agree on anything beside the fact that they love brisket and that their family makes the best one ever. Ever.

So disagreements abound too. And not just about whether onion soup mix is a less worthy ingredient than fresh whole onions. In the course of my book research, I met a woman who had a large extended family with lots of exes, step-thises, and half-thats. So when it came to Passover, she had 22 family brisket recipes to choose from. Everyone and her first cousin by her second ex-stepmother had something to say about that!

Which is what makes brisket worth celebrating. And you can quote me.

2) “With all other foods, there’s a right way and a wrong way. With brisket, there’s only ‘my way.’”
— Psychotherapist and top brisket maker Phyllis Cohen

6) “Brisket is one nasty cut of meat. It will fight you ferociously as you try to tame it. Once you do, though, it lays down like a cuddly puppy and rewards you with a big, delicious hug.”
— Danny Meyer, restaurateur and Shake Shack sheik

7) “In praise of the braise. I was raised on brisket.”
— David Tanis, author “A Platter of Figs”

8) “I have an extremely difficult time trying to remember a single Passover dinner throughout my entire life that didn’t involve brisket — it seems almost as essentially Jewish as matzo, Manischiewitz and guilt.”
— Scott Gold, author of “The Shameless Carnivore”

9) “I see great compatibility with Irish and Jewish cooking. In both traditions you slowly braise meats and vegetables together so that toothless grandmothers can chew them.”
— Chef Paul O’Connell, Chez Henri, Cambridge, Massachusetts

10) “Brisket is the Zelig of meats.”
— Joan Nathan, doyenne of Jewish cooking

12) “I think the rule of thumb might be that a brisket can’t be from the Old World if it is made with Diet Dr. Pepper in the New World.”
— Stephanie Pierson, in “The Brisket Book”

13) Stephanie Pierson to Joan Nathan: “If you’re Jewish and you make a terrible brisket, does that make you a bad person?”
Joan: “It just means you probably don’t put in enough water for a good braise.”

Stephanie Pierson is the author of “The Brisket Book: A Love Story With Recipes.” Find her on twitter @TheBrisketBook

14 Brisket Quotations From a Braised-Meat Maven