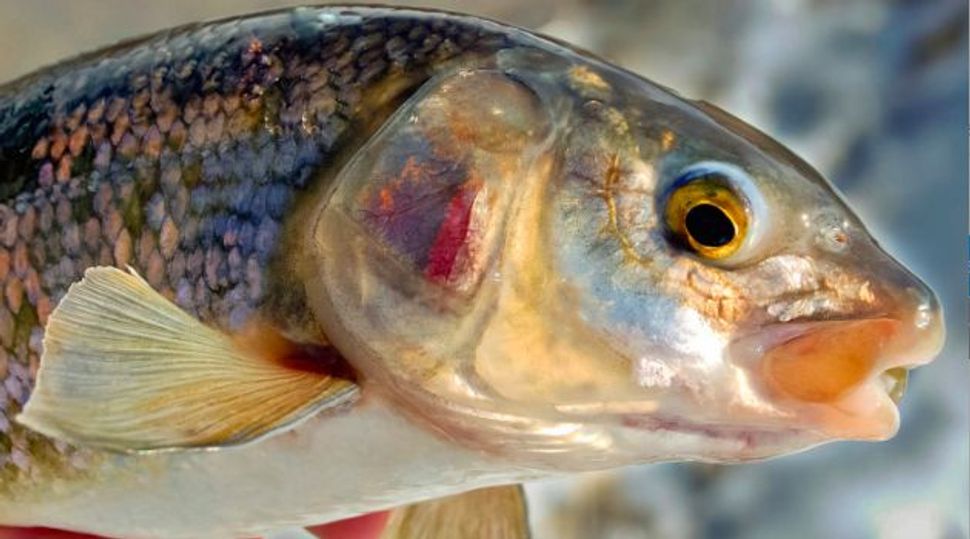 Like the fixings needed to make gefilte fish from scratch, I’m feeling like a fish out of water.

Question to my fellow balabustas busting a gut to gut our homes of chametz: Does anyone still make their own gefilte fish?

Are those of us who do just diehards or a dying breed, culinary Luddities who stubbornly resist serving (insert shudder here) imposters from a jar or the grocer’s freezer?

As one online poster commented: it’s all about the horseradish.

The fear of not being able to procure the dynamic duo for gefilte fish (whitefish, carp) has gripped me for almost two weeks. 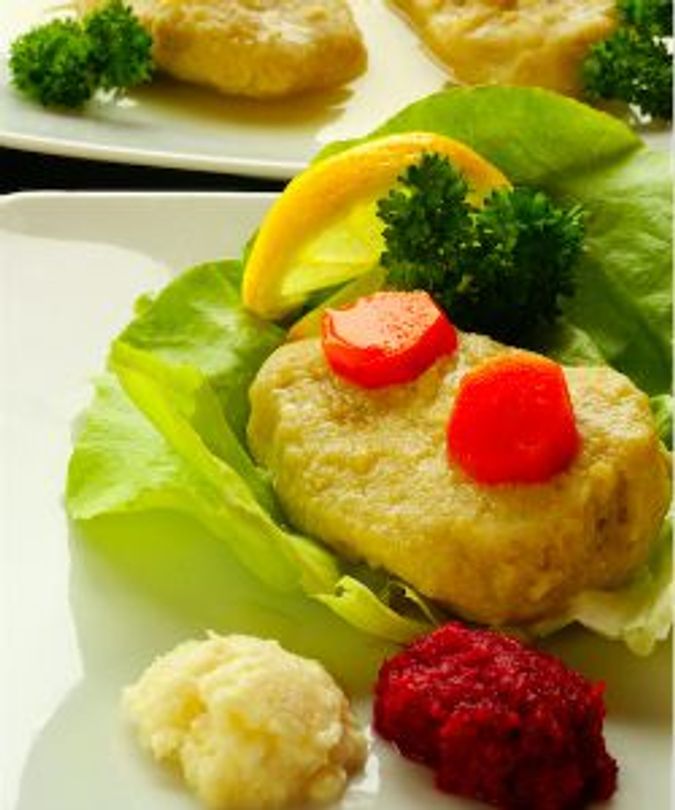 “I have another lady who wants a whitefish,” says my fishmonger, who kept tantalizing me with “call me Monday, by Friday for sure, maybe next week.”

What’s everyone else doing? They’re buying the frozen logs, he says.

Carp he will get. What about pike or pickerel? “Dinosaurs,” he says. “Don’t even think about it.” Alright, these two backup players can go, but whitefish, that’s the quarterback in the mixing bowl.

Try something else, he urges, suggesting a recipe retrofitted with salmon or whiting. No way, that’s not for purists who do the fish the right way, in other words, the way our bubbies of sainted memory did.

Is this the year my grandmother’s recipe becomes unsustainable?

Who am I kidding? She had no recipe. This was a woman who used her senses, not a measuring cup, in the kitchen. Me too. I cook like I’ve entered the Twilight Zone, or as the show’s creator Rod Serling would say, “a dimension of sight, a dimension of sound, a dimension of mind.”

Throw in a dimension of feel. I can tell good dough by its elasticity, a moist cake by runny batter, a matzo ball’s buoyancy from its heft.

Gefilte fish. Now that’s a project, which is why it’s a limited edition, something I make only on Pesach. Several years of trial and error and guesswork yielded a good feel in the hands as I shape the balls. I aim for not too sticky (too much matzo meal), not too weepy (an overdose of eggs and/or grated onions.)

The tricky part is nailing the taste, because the different kinds of fish never weigh the same from one year to the next.

That has me tasting and adjusting seasonings so often I probably spit out half a pound of raw minced fish, to get the magic alchemy of sweetness with a peppery bite.

Sweet fish. Well, any shameless excuse for a sugar rush will do. With a nod to my Litvack roots, black pepper generously speckles my gefilte fish. But sugar sings the top note here, a nod to my husband’s Polish heritage, where fondness for sweet kugel and sweet fish made it an easy family to marry into.

This will be my 39th Pesach making dozens of balls of gefilte fish, and that span of time buys a lot of memories when the oversized blue enamel stockpot is shlepped from the basement with its fellow Passover brethren.

The pot will take its star turn again this year (my fishmonger came through on whitefish); as I mix and shape the gefilte balls, a spool of memories lazily unwinds: of seders and grandparents long gone, of the tiring but satisfying frenzy preparation for the holiday, of windows thrown open to the early spring scenting entire neighborhoods with simmering gefilte fish.

But my fondest memory will always be the look on my bubbe’s face when she learned mine was the sweet variety. While she had no shortage of superlatives for my husband, my grandmother had just two words to say about my gefilte fish: “a klog a groyseh.” (A big woe!)

Dorothy Lipovenko lives in Montreal and writes when the spirit moves her.