Is Amaranth the New Quinoa — and Is It Kosher? 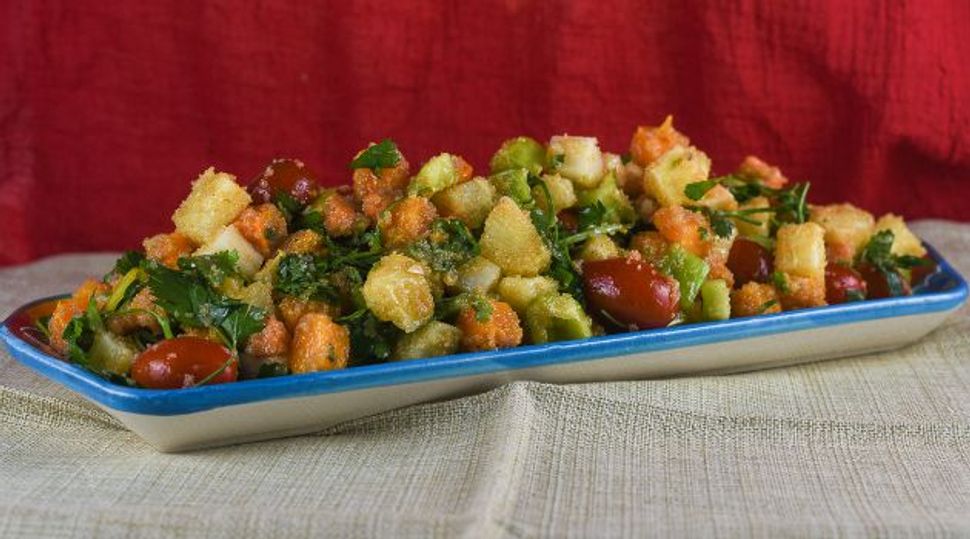 Move over, quinoa? Amaranth, its kissing cousin, is technically kosher for Passover… maybe. Or maybe not.

Amaranth is actually a category of about 60 different plant species that grow between five and eight feet tall, produce vibrantly colorful ornamental flowers, sprout copious amounts of wildly colored edible leaves and contain tens of thousand of nutritious, edible seeds. A member of the chard and spinach family, its cooked leaves taste like those other soft, leafy greens. Amaranth seeds, neither a grain nor a cereal, can be ground into flour. Amaranth has been widely used in traditional diets in parts of Mexico and throughout the Americas for centuries.

Amaranth has gone by many names through history: amaranto, ataco, coyolito, quihuicha sangorache and huauti. The seeds, as well as the greens, were a vital part of Aztec life in what is now Mexico, and the plants were domesticated long before the Spanish conquistador Hernán Cortés arrived in the New World.

Amaranth seeds were integral to celebrations of the Aztecs; as with the amaranth-based alegría candies of today, the many Mexican Día de los Muertos candy masks were made with amaranth seeds and honey or maguey sap to form a candy. Further south, amaranth was also familiar in the Incan civilization, where it was a cooked food for the imperial family. Eventually many South American communities served popped amaranth as a street food, and it is still commonly found there.

Amaranth plants spread around the world quickly. Both the leaves and seeds remain important food sources in Nigeria, India, Nepal and Peru, where it is a breakfast porridge. Still, the amaranth seed’s power is in its nutritional value, not just its global journey, fun though the history may be. It is gluten free, and not only contains consequentially more protein than rice or rye, but it is a complete vegan protein — including the amino acid lysine, which is what both corn and wheat lack. This little powerhouse is also relatively high in calcium, iron, potassium, magnesium and fiber — and has vitamin C galore.

Amaranth, like quinoa, has for centuries languished outside the American food psyche. As quinoa ascended to fame, rabbis and kosher certifiers took a good look at its possible status as kosher for Passover. Quinoa, like amaranth, is a seed, and there is widespread acceptance of quinoa as a Passover food — except among some Ashkenazim who avoid kitniyot. Amaranth, alas, has not had the exposure and the consequent economic push to get the full-on review or the certifications.

Rabbi Yehuda Shurpin of Chabad.com is particularly insightful in his anaylsis of the amaranth for Passover question:

“While it is definitely not considered chametz, there are opinions that it should be avoided like other seeds that are considered kitniyot. Others [rabbis] are of the opinion that as long as there is a reliable kashrut certification that no other grains were mixed into it, then it would be okay. The OU Kashrut organization lists amaranth as ‘possible Kitniyot’ and thus should be avoided.

“On the other hand,” he continues, “the CRC (Chicago Rabbinical Council) is of the opinion that it is not kitniyot; however, it must have a special Passover certification that no other seeds were mixed into it. As always, when there are differences of opinion of this nature, one should consult with their own rabbi as to which opinion they should follow.”

Conservative Rabbi Shoshana W.H. Ohriner, who is also a baking blogger, says that although she agrees “that in theory amaranth is fine for Passover, [she] wouldn’t feel comfortable saying that it is permissible to use on Passover.”

Although the problem may not be the Passover “kosher-ness” of amaranth itself, the issue of contamination is real and as of now, may to some seem insurmountable. Only supervising the cultivation and processing of amaranth and demarcating it as untouched and unmixed with chametz would render it usable. No company that grows, manufactures or produces amaranth — from small artisans to wholesalers — is currently certified as kosher for Passover; nor are any of them applying for such certification, at least publicly. Even the new Kedem and Whole Foods partnership, which showcases quinoa dishes, does not include any amaranth.

The “kosher-ness” of amaranth is then a decision for each individual to make after consulting with his or her rabbi or spiritual advisor. Amaranth has been around for centuries and it will continue to be around. It can wait until we decide what to do.

Is Amaranth the New Quinoa — and Is It Kosher?