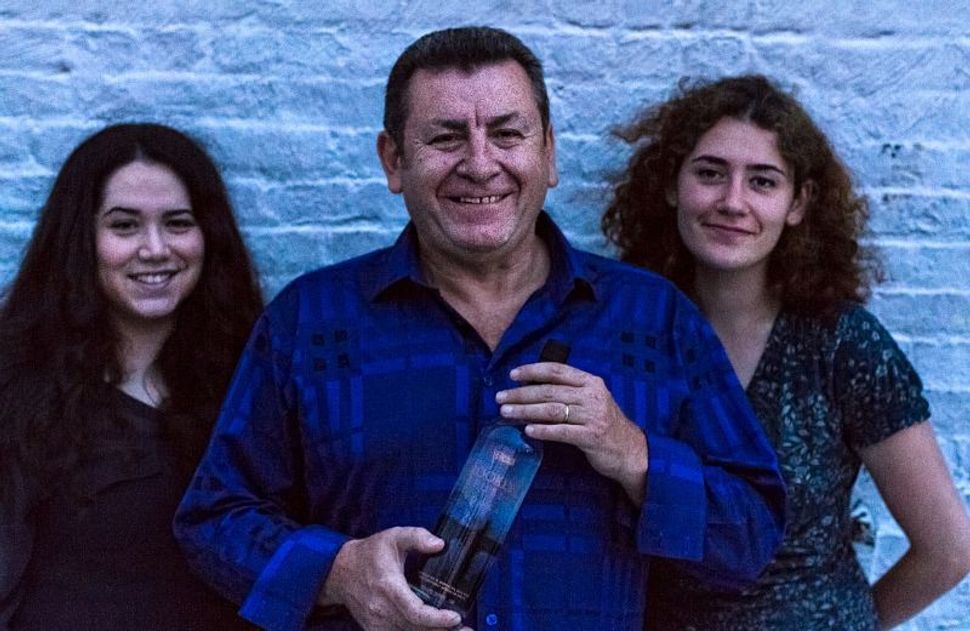 Making vodka is a family affair for Gary Shokin and his daughters Kary Laskin (left) and Samantha Shokin (right).

One day in 2009 Gary Shokin and his daughter Kary Laskin were driving down the Belt Parkway in Brooklyn when Gary blurted out, “We should make vodka.”

“Oh,” thought Kary. “My dad’s having another idea.”

But this time, they quickly realized that the idea was right. They had to make vodka — and make it in Brooklyn. Gary and many of his family members’ had immigrated to Brooklyn from Lithuania, and Kary was born there. They had roots in Kings County. The whole family lives in the borough.

“It’s the number one drink in Eastern Europe,” Gary said. “So that’s what we were drinking and it’s the one product we knew very well. For many years I was collecting vodkas from different countries. I had a huge collection, maybe three or four hundred bottles from all over the world. I thought America was missing a really good vodka. Everybody was drinking European vodka, Russian or Polish or French. So I thought, ‘Why not American vodka?’”

The most important ingredient in any vodka is the water, Gary explained. “If you don’t have good water, you can’t have good vodka. Brooklyn happens to have great water. And when you purify it, it becomes even better.”

The next ingredient is the grain.

“We had to find the balance of the grains with the water.” Gary said. “In Europe, most of the vodka is made from grain and it varies from area to area… Nobody in Europe makes vodka from corn. America is corn country.”

Gary decided he was going to make vodka from corn. He found a small-batch corn vodka distiller in the Midwest who offered a workshop, so he set off to learn how to make vodka.

Cut to four years later: Small-batch Brooklyn Republic Vodka can be found in shops and bars throughout Brooklyn, and it’s slowly making inroads into Manhattan and New Jersey. Gary is the master distiller, Kary is responsible for all the marketing and communication, Samantha Shokin, Kary’s sister, recently came on board to handle social media, and their mother, Zina Shokin, takes care of all the accounting, bookkeeping and paperwork. It is truly a family business.

After being told by a distributor that the company had no hope of selling its product — that no distributor would ever add another vodka to its inventory — Gary, his daughters and Mark set out on foot, going door to door to sell Brooklyn Republic Vodka, for years. And it worked. Gary betrays no bitterness towards the distributor, saying only that it all worked out for the best.

We continued talking, and then it was time for me to taste.

Drinking vodka, neat, before noon, was a first for me — and truth be told, I had a few reasons to be nervous. For one, showing up at the office hammered in the middle of the day is never a good career move. Two, what if I liked getting hammered in the morning before going to work? That wouldn’t be good. But really, I was worried I wouldn’t like the vodka. I’m a terrible liar,and I really didn’t want to insult the Shokin family. Plus, Gary is impossible not to like with his charming Lithuanian accent, amazing drive and unabashed pride in his daughters. 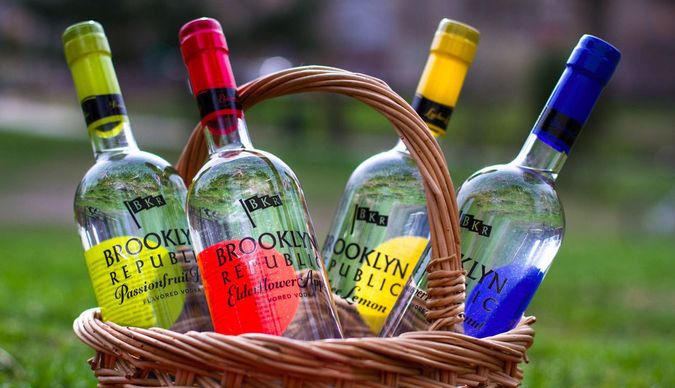 I started with the original, unflavored Brooklyn Republic Vodka. It was delicious: smooth and rich (not an adjective I normally associate with vodka) and slightly sweet.

“That’s the corn,” Kary told me. “There’s no sweetener added.”

Next up were the naturally flavored vodkas. My two favorites were the Lychee Lemon and the Passionfruit Pear. Both were balanced, refreshing and utterly original in flavor. Oh, and so smooth. They would be perfect on a summer day, served on the rocks with a splash of soda water. The other two flavors weren’t for me, but that’s just personal taste. One sniff of the Blueberry Coconut and all I could think of was Hawaiian Tropic suntan lotion. (But that happens to me with anything coconut.) The fourth flavor was Elderflower Apple, which I think I would have liked with a mix. It was very floral, which may appeal to people who like a floral gin. I like my flowers in a garden; not in a drink.

I got through the tasting without getting shnockered; developing a morning drinking habit; or lying. Phew. Bullets dodged.

Towards the end of our meeting I asked the gang what surprised them most about starting this business. They all replied, each in his or her own words, by talking about the unexpected pleasure of working with family. Gary was adamant about giving credit for the current success to his daughters.

No one knows the future, and certainly the story of Brooklyn Republic Vodka is just beginning. I, for one, look forward to seeing how the next chapter of their tale unfolds.

Naomi Major is a writer living in the Inwood neighborhood of Manhattan. You can find more of her writing at