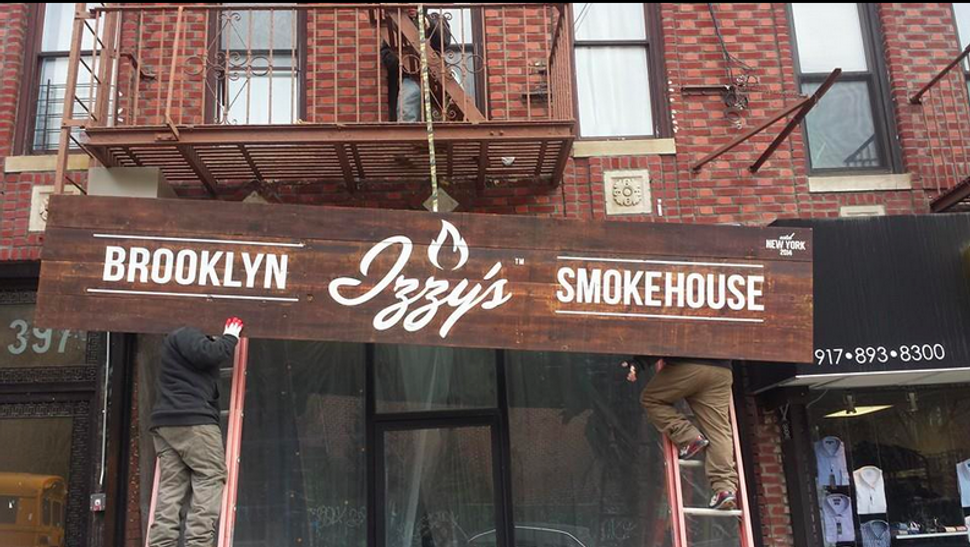 The sign going up at Izzy’s Brooklyn Smokehouse way back in January.

He could have grown his own cow in the time it took to open, but Sruly Eidelman has finally cut the ribbon on , Brooklyn’s first stand-alone kosher barbecue joint.

Back in October, the Forward reported that the restaurant — then called Izzy’s BBQ Addiction — was to open “within the month.”

Catching up with Eidelman four months later, the Forward learned that Eidelman had been in a kind of carnivore limbo as “strict zoning and permit regulations” held up the debut.

But as of late last week, Izzy’s 600-square-foot Crown Heights space — and a massive Smoke-Master 250RFS stainless-steel wood-burning barbecue pit imported all the way from Texas — are finally welcoming crowds. Stay tuned for a more detailed report once we’ve had the opportunity to visit the new eatery and sample Eidelman’s Central-Texas-style ‘cue.