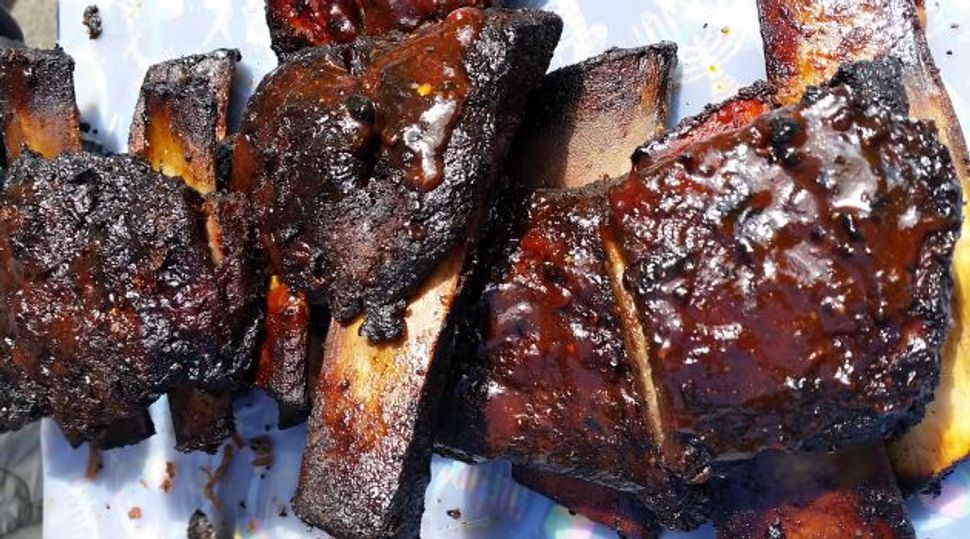 But aside from food trucks like The Wandering Que, fans of kosher barbecue have had no place to call their own.

That’s about to change. Sruli Eidelman, the self-taught pitmaster behind the hugely popular barbecue pop-up Izzy’s BBQ Addiction is about to open the Big Apple’s first stand-alone kosher barbecue joint. 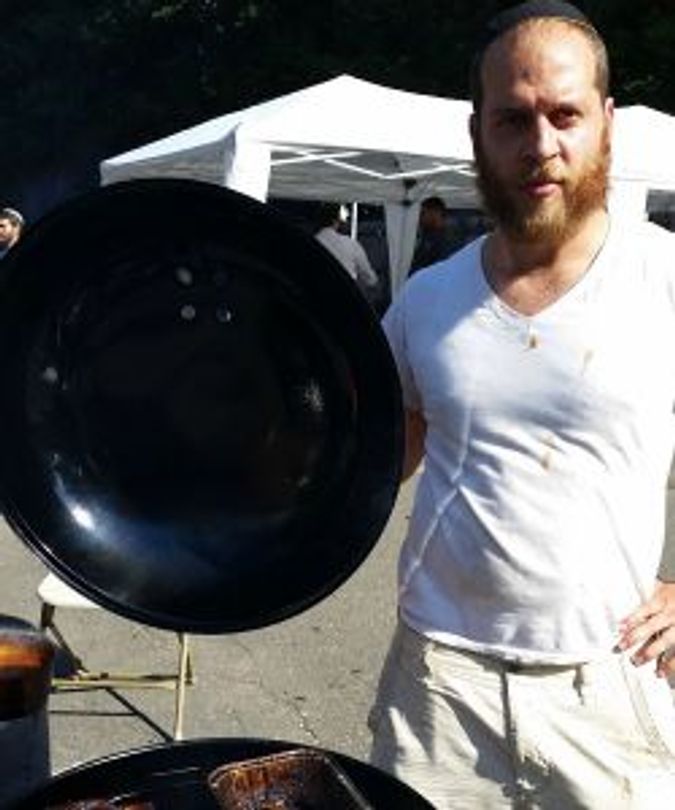 “My barbecue is Central Texas-style, seasoned with a salt and black-pepper rub and smoked over oak and fruit woods like apple or cherry,” Eidelman told the Forward. “But one of the cool things about barbecue in New York City is that we don’t come from any traditions. We can do whatever we want, whether it’s smoked brisket or smoked cholent or smoked kugel.”

Indeed, Eidelman’s takes on kashrut will give Izzy’s menu a creative spin unlike any of New York’s growing number of barbecue joints. Among the smoked goodies planned for the menu, according to Eidelman: sliced brisket, his specialty; chicken; turkey breast; lamb ribs and bacon; and house-cured smoked pastrami.

Carefully curated local beers will be on tap — once Eidelman gets his liquor license. “It’s been one of the hardest things about opening this place,” he said. “But nothing’s better than great barbecue and really great beer.”

Izzy’s will join a handful of kosher-barbecue restaurants around the nation capitalizing on the growing popularity of smoked meats. There’s Milt’s in Chicago, whose offerings include fried green tomatoes and brisket chili; Smokey Joe’s in Teaneck, New Jersey, whose specialties incude lean “Southwestern and Tex-Mex”; and Baltimore’s Dougie’s, which has patented its barbecue sauces.

While he toiled at a building-supply company by day, he bought hunks of brisket and a gas grill for Frankenstein-like barbecue experiments. “They tasted like shoe leather — awful, disgusting,” he said. So he invested in a proper smoker, took classes with White and “practiced on hundreds of briskets.”

After sharing his smoked meats with friends, Eidelman started posting about his brisket online, and Izzy’s Barbecue Addiction was born as a pop-up delivery business. “That’s when I decided I didn’t like my 9-to-5, and I figured this was something I could open people’s eyes to.”

For his brick-and-mortar space, Eidelman scouted Flatbush, Borough Park and Long Island before choosing Crown Heights, Brooklyn, for its “hippie, yuppie, religious mentality” — and, of course, its proximity to densely Orthodox neighborhoods. “I’m Chabad, and I live in Crown Heights,” he said. “And I think people here can appreciate this style of barbecue.”

What’s next? “I’m just focusing on this place now,” Eidelman said. “But eventually, I could see a few stores if I can figure out how to maintain quality. I’m not pitching it to investors yet or anything, but you have to have dreams.”