Confessions of a Herring Hater 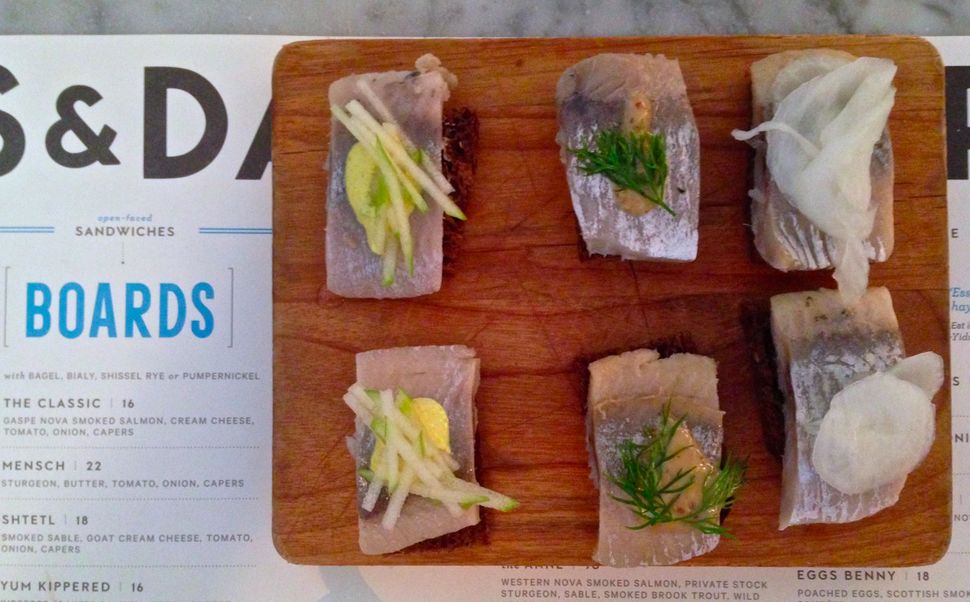 A trio of pickled herring on pumpernickel from Russ & Daughters Café (above) may be an exemplary version of the classic Eastern-European breakfast staple — but it couldn’t convince our author to give up her intense dislike of the stuff.

I want to love herring. I do. The oily little fish are healthy (packed with fatty acids), relatively sustainable and, most relevant to my purposes, one of the hallmarks of Eastern European Jewish cuisine. Pickled herring on brown bread sustained my ancestors for generations. And served with kichel (egg cookies) and a shot of schnapps, they were once the center of the .

There is one problem. I hate herring — I really, really do. Over the years, I have dutifully tried it over and again, pickled with onions, steeped in wine and coated in cream. And each time, it sets off gag reflexes. It’s just too pungent, too fishy, too much. My response brings shame to my name as a food writer and dashes any dreams I might harbor of one day retiring to Boca Raton.

Strangely, despite my own culinary aversions, I fully support the diminutive little critters. I love that herring is enjoying something of a comeback, and I would happily proclaim it the ideal Jewish breakfast food — as long as I do not have to personally eat it.

In soul, if not in body, I am on Team Herring.

Last Friday, my husband, Yoshie, and our 1-year old, Max, and I ate breakfast at the Russ & Daughter’s Café — the year-old outpost of the esteemed, century-old appetizing shop on New York’s Lower East Side. The café brings to life the lost tradition of New York’s grand dairy restaurants, serving blintzes with fruit compote, kasha varnishkes, chilled borscht with sour cream and a dream lineup of cured salmon, smoked sable and, naturally, pickled herring. Even the marble floor, one of many gorgeous, vintage design elements in the cafe, has a herringbone pattern. 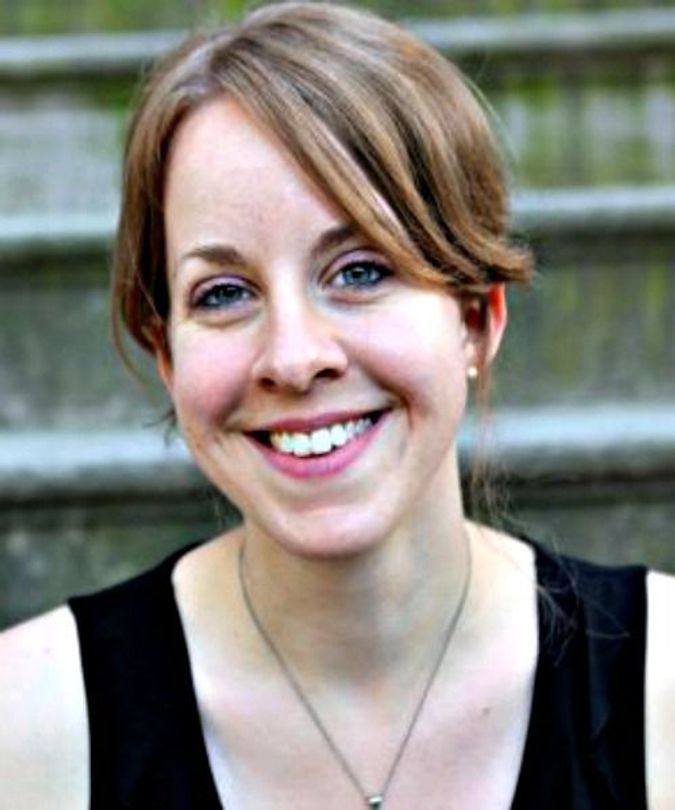 If there were anywhere that could convince me to tolerate (I won’t even pretend to say “love”) herring, it would be Russ & Daughters. So along with a plate of latkes, a Super Heebster bagel (topped with an unorthodox but remarkably delicious mix of whitefish salad, horseradish dill cream cheese, and wasabi-infused roe), a bowl of delicate, smoked whitefish chowder and a plate of lox, eggs and onions, we ordered a trio of pickled herring on pumpernickel.

I worked my way around the table, crunching my fork into the latkes, spooning bites of whitefish towards Max and eyeing the pretty plate of canapés sitting just to my right. The fish glistened with pearly iridescence. It was fatty and fleshy. I asked Yoshie to try them first. “It’s really great herring,” he said, chewing thoughtfully. “But it is definitely herring.”

Then he fed some to Max, who showed up his mother by happily gobbling two slippery hunks of the stuff. As the meal dwindled, the pressure began to build. How could I pass by the opportunity to try what is almost certainly the best herring in the city? How could I look my husband and baby boy in the eyes and then cave to my weak taste buds?

Taking a deep breath, I took half a herring canapé layered with mustard and shredded apple, thinking the formidable toppings might mask the fishy flavor. I chewed minimally and swallowed quickly. I may have eaten the entire bowl of applesauce from the latke platter as a chaser.

The verdict? I’ll leave it at this: I will remember our breakfast at Russ & Daughters Café as elegant, nostalgic without an ounce of kitsch and inimitably delicious. But if savoring herring is the ticket into heaven, then I am most certainly doomed.

Confessions of a Herring Hater