Shaya Makes Bon App Top 50 and All the Weekly Dish 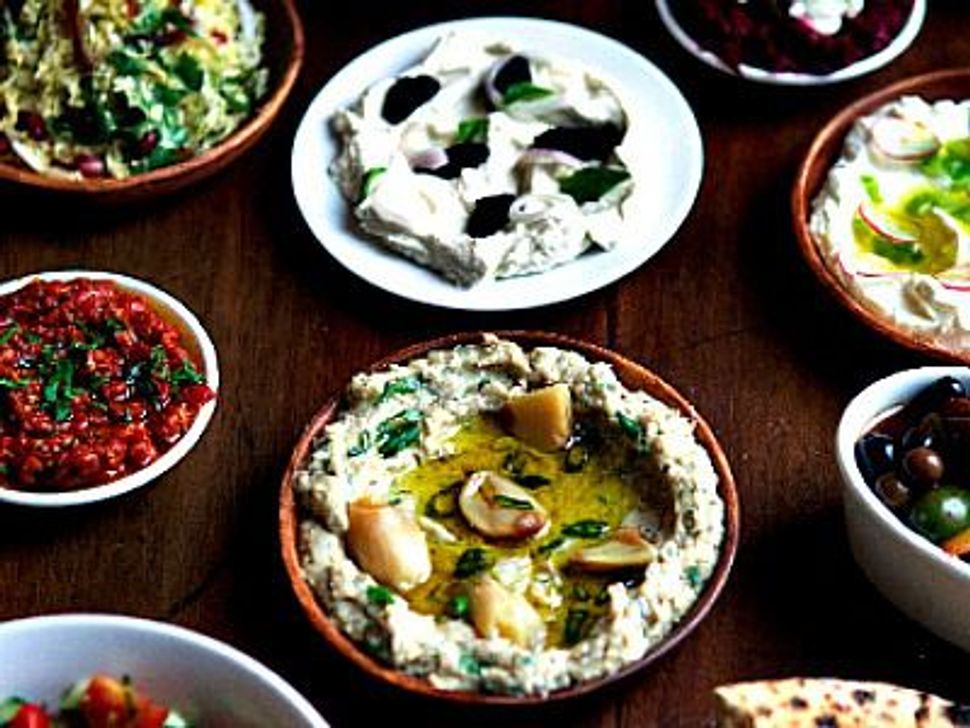 An Israeli-style spread at Shaya, which Bon Appetit has named one of America’s 50 best restaurants.

has named New Orleans eatery Shaya as one of America’s 50 best restaurants — which means the Israeli hotspot is in the running for the magazine’s all-important 10 Best list.

“Shaya is breathing some fresh Mediterranean air into the bust-your-gut New Orleans food scene with a menu of bright, colorful food inspired by his birthplace, Israel,” Bon Appetit raves, singling out “creamy baba ghanoush, watermelon with Bulgarian feta, fluffy hummus with curried fried cauliflower, exemplary falafel and chicken-schnitzel sandwiches. And you haven’t had pita until you’ve had Shaya’s wood-fired-to-order version.”

B & H Will Finally Reopen This Month 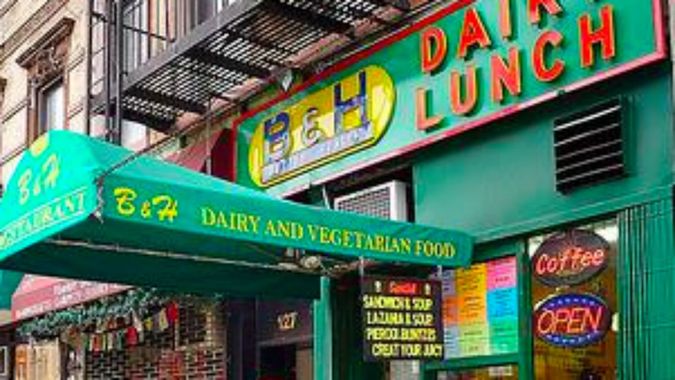 New York’s beloved B & H Dairy — closed for months after the devastating gas explosion across Second Avenue in the East Village — is finally set to reopen.

A total New York story, B & H is owned by Fawzy Abdelwahed, an Egyptian-born Muslim, and wife Ola, a Catholic from Poland. The pair bought B & H from a man known only as “Ziggy” in 2003, according to the Greenwich Village Society for Historical Preservation. There’s no connection to the frum-owned photo/electronics behemoth in Midtown with the same name.

Boston’s Logan Airport, one of the nation’s busiest hubs, is finally getting some decent kosher options for hungry travelers, courtesy of the Herris Gourmet http://www.herrisgourmet.net/ brand.

Return to Kosher in Philadelphia 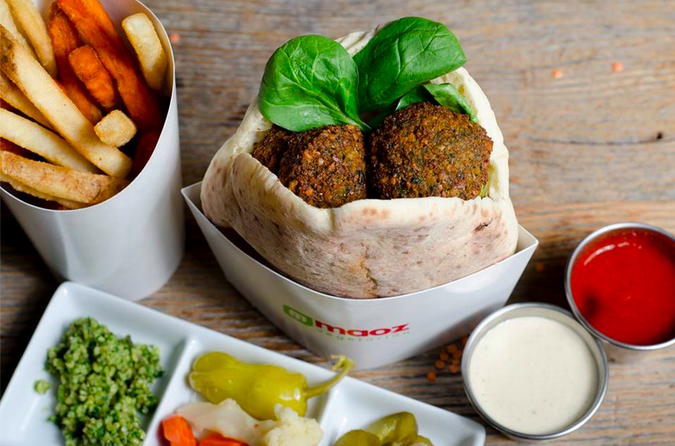 Last week, Dish reported that a Boston food truck had renounced its kosher certification. This week, a Philadelphia eatery’s going in the other direction.

Maoz, the only Philly branch of a Dutch falafel-and-veg chain, is becoming kosher again after falling by the wayside in 2013. But owner Kobi Karasenti tells the Jewish Exponent he’ll still stay open Saturdays — because he needs the business. Most of the restaurant’s products come from Israel, Karasenti says. The NYC branches are and have always been kosher certified.

Best Sandwich on the Planet?

This one’s sure to spark some good-natured spats: Where to find “one of the best sandwiches on the planet”?

Nosh Deli in San Diego, according to San Diego CityBeat.

In the spotlight: A humble whitefish sandwich — “A play, simultaneously, on both a tuna salad sandwich and the classic whitefish deli platter… Nearly a perfect sandwich. The rich meatiness of the fish, the smoothing qualities of the mayonnaise and the acidity of the tomato yielded a sandwich that is worth going back for repeatedly.”

If anyone’s tried it, please let Dish know if it lives up to the hype.

Shaya Makes Bon App Top 50 and All the Weekly Dish