At Tuscany’s Only Kosher Winery, Owners Can’t Touch the Chianti 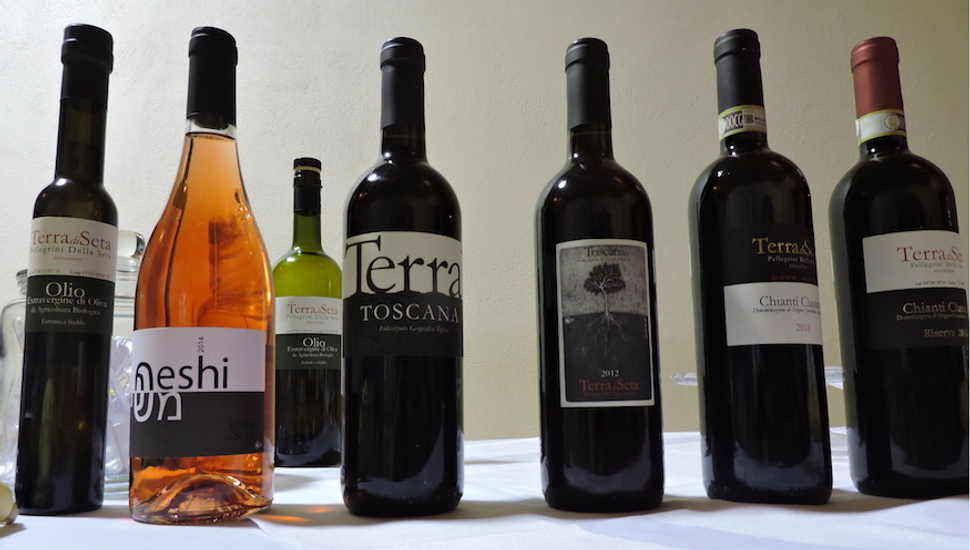 Terra di Seta is the only fully kosher winery in the Tuscan wine-making region of Chianti. Its goal is to produce kosher wines that match the quality of local wines produced there for centuries.

JTA – Up a windy road in the tranquil Tuscan hills, down a gravel path and past acres of grapevines, a visitor will come across a stainless steel door frame secured with a piece of clear packing tape.

The Hebrew scrawled on the adhesive reads: “David Solomon.”

Almost no one may remove this tape, open the door or use the winemaking equipment in an expansive room on the other side. Another door to the same room, sealed with a white plastic strip bearing a K inside a circle, also stays locked, though visitors may peer into the room through glass panels.

During a recent visit, the winery’s owner, Maria Pellegrini, stood next door, laying out thin slices of Tuscan bread along the perimeter of a plate and topping them with tomatoes grown in her garden. She chopped pieces of fresh, kosher parmesan into a small dish.

But when it came time to open her signature bottle, the Winery’s Chianti Classico 2010 Reserve, she yielded to Yossi Metzger, an intern with little winemaking experience and a kippah on his head. Metzger twisted the corkscrew and popped the bottle open.

Other non-kosher Tuscan wineries have occasionally produced a run of kosher wine, but since it began producing bottles eight years ago, Terra di Seta has been the only fully kosher winery in central Italy’s Chianti region. It’s an area famed for the distinctive red wines its families have produced for centuries, against a landscape that looks like the backdrop to a Renaissance painting.

Pellegrini and her husband, Daniele Della Seta, are meticulous about adhering to Chianti’s high standards. They export 35,000 to 45,000 bottles per year to stores and restaurants in the United States, Israel and around the world. The winery also makes olive oil from trees in the vineyard as well as honey, another regional specialty.

Requirements for Chianti (pronounced kee-ON-tea) wine range from using the local Sangiovese grape variety almost exclusively to letting the wine age for more than two years. At the end of the process, each run is sent to a committee so it can be approved as an official “Chianti Classico” wine — complete with a serial number for each vintage.

But keeping kosher means the vintners must surrender the actual winemaking process to others. According to traditional Jewish law, only religious Jews may produce kosher wine, and though Della Seta is Jewish, he does not observe Shabbat. So mashgiachs, or kosher supervisors, hired by the OK Kosher certification agency have to handle everything from the time the grapes come to the winery’s door to when the cork goes into the bottle.

“I’ve worked with non-kosher wineries before who’ve always wanted to jump into some point of the process,” said Ian Schnall, one of Terra di Seta’s mashgiachs. “It’s like Van Gogh saying, ‘Paint this corner in this shade, paint that corner in that shade.’”

At first, the restrictions were especially difficult for Pellegrini, who is originally from Tuscany. She grew up in a winemaking family in southern Italy and always dreamed of operating her own winery. When Della Seta, a neurology professor, got an appointment at the nearby University of Siena in 2000, the couple bought a vineyard surrounding a 400-year-old stone house and moved in. The year after their first vintage, in 2007, they decided to go kosher. 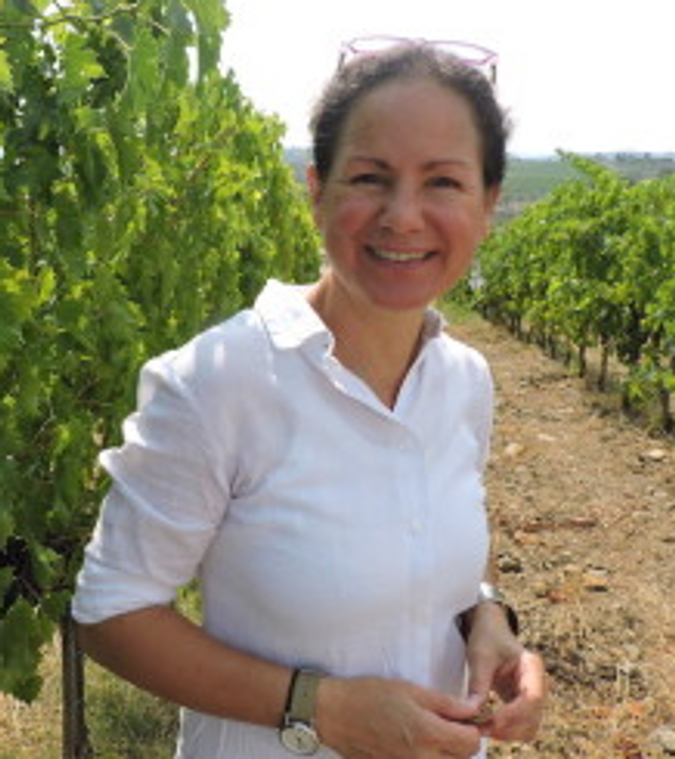 Maria Pellegrini, who owns the winery with her husband, grew up in a winemaking family in southern Italy. But because she isn’t Jewish, she can’t take part in the winemaking in her own winery. Image by Ben Sales

They knew it meant giving up a certain measure of control, but the couple also had to compete with families that had been producing Chianti for generations. Although some nearby wineries had produced the occasional kosher run none was fully kosher. They believed that making Terra di Seta kosher-certified would give them an edge – and a market niche. They also believed their boutique winery would set a new standard for Italian kosher wines. (Bartenura, perhaps the best-known producer of Italian kosher wines, also has a Chianti.)

“In Italy there are hundreds of different kinds of wine, but the kosher wines are not represented,” Pellegrini said. “Our goal is to produce a kosher wine, but with the same characteristics of our typical Tuscan wine.”

It began as a frustrating process, because at first their observant employees weren’t winemaking experts. Della Seta, said Pellegrini, would “stand with his hands in his pockets, suffering.” And there would be a two-week period where the wine had to be stirred twice a day that would coincide with the Jewish holidays, when religiously observant employees could not work.

By 2010, the problems were resolved. The winery installed a machine that stirred the wine automatically. The couple hired Schnall, a religious Jew with experience in the industry who grew up, he said, “drinking dry wines while everyone else was drinking sweet, syrupy Manischewitz.” In the mid-1990s, Schnall, also a pastry chef, worked in California’s kosher Herzog Wine Cellars.

Working in Italy has been different, he said.

“When you’re in this location, there’s something magical, mystical in the place because of the surroundings,” Schnall said. “It’s old world, old growth.”

Although he does not keep kosher, Della Seta says it’s “an honor” to produce a wine that he can drink at his Passover seder table. And keeping a kosher winery has allowed the couple to meet observant Jews from around the world who come on wine tours.

It’s a population they hadn’t been exposed to and that fascinates them. Della Seta said he’s found that the New York Orthodox Jewish community can be “like a very small village in terms of sociality.”

“I receive a lot of questions about the kosher process, about the wine, my family,” said Della Seta, whose Italian Jewish ancestry dates back millennia. “They’re curious to see a kosher winery in a place they never thought they’d find it.”

At Tuscany’s Only Kosher Winery, Owners Can’t Touch the Chianti