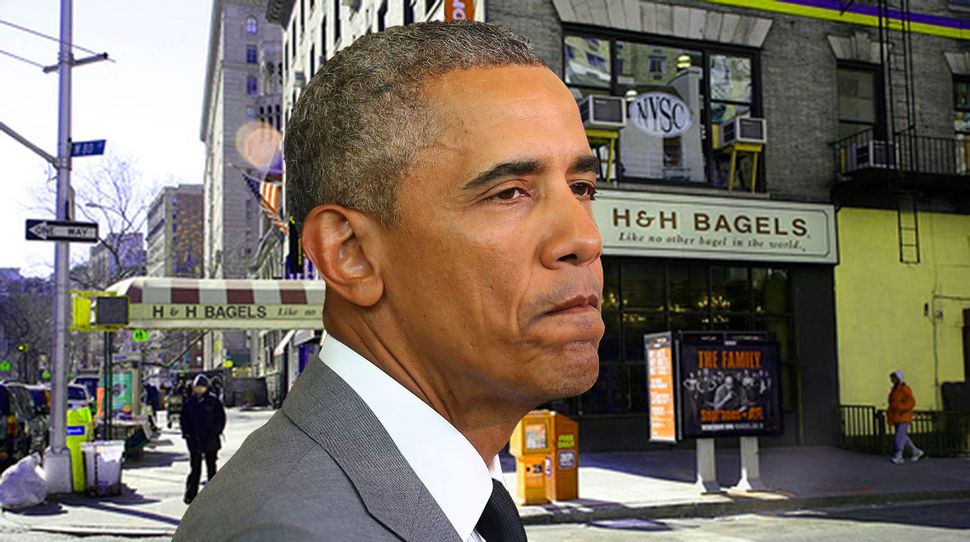 My interview with President Obama was as serious as you’d expect of a man who is professorially cerebral and gravitates toward long, thoughtful answers to complicated policy questions. Iran, Israel, domestic politics — all were on the agenda when I met with him in the Oval Office last Friday.

READ: Have I Got a Bagel for You, Barack!

But I couldn’t leave it at that.

What shall I ask the president, I surreptitiously queried one of my daughters the night before, the closest I was allowed to come to crowd sourcing, given the exclusive nature of this interview.

Ask him to name his favorite bagel, she replied with her usual sense of humor.

And so, as we wrapped up an interview that went longer than I had expected, I crammed in the question. Obama was starting to rise from his high back chair, but he sat back down and took the question with relish.

“I was always a big poppy seed guy,” he told me.

Poppy seed, I repeated, wanting to make sure I got this right. We were on the record, after all.

“So the poppy seed bagel at H&H — which somebody told me they closed,” he went on.

“They closed,” confirmed Ben Rhodes, the deputy national security advisor for strategic communication, who was also in the room for this important discussion.

(For the record: the H&H Bagels store on Broadway and 80th Street in Manhattan, across the street from famous Zabar’s, did close in January 2012. It’s been replaced by a Verizon Wireless store. Of course.)

The President pronounced this news “shocking.” He recalled that as a college student, he’d walk all the way down Broadway on weekends to get a bagel from Columbia University, about 40 blocks north.

And what do you like on that poppy seed bagel, I asked?

“Just a schmear,” he replied.

I repeated his answer for accuracy, not wanting to unwittingly instigate a topping-on-the-bagel journalistic scandal.

“Lox and bagels okay,” he elaborated, “but generally just your basic schmear.”