Kossar’s Bialys Branches Out From the Classics 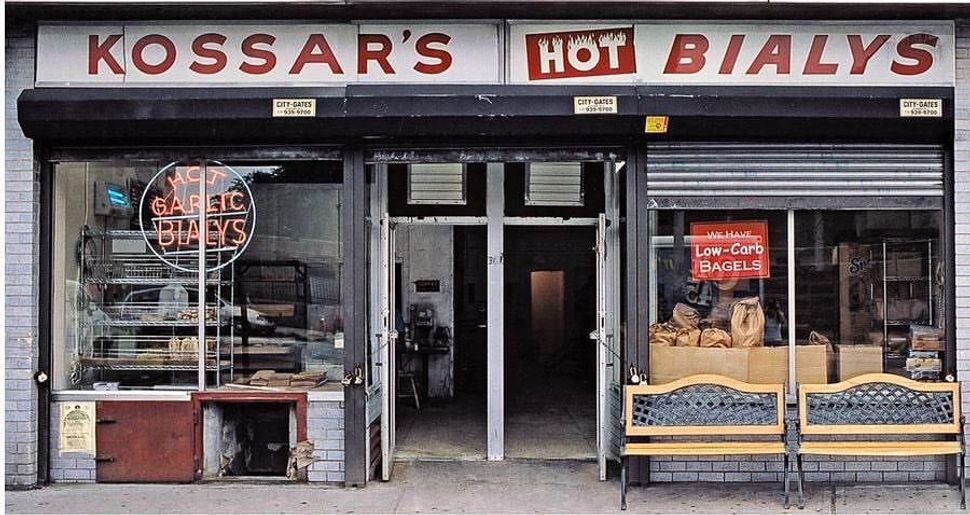 Image by James and Karla Murray

The Lower East Side storefront, pre-renovation.

More than 55 years after opening its doors, is getting a makeover — and temporarily shutting its doors for the first time in its history.

The beloved Lower East Side shop, where bialys have famously come in just three classic varieties — onion, garlic and sesame — will reopen in November with a “new-old” look, updated equipment and a full range of appetizing items.

Most shockingly, the revamped Kossar’s will expand its bialy repertoire into nouveau flavors such as sun-dried tomato and apple-cinnamon. Will the switch alienate purists?

“The demographics of the neighborhood are changing, and tastes are changing,” said Evan Giniger, who bought the business in 2013 with partners Marc Halprin (who left in June 2014) and David Zablocki. “We’ve been testing new flavors on weekends. Every time we make a batch, they sell out. And people keep asking for them.”

What goes on those bialys will also change, Giniger said. “Right now, you can’t get a bialy with cream cheese prepared for you. The store is low-service-oriented. That’s going to be completely changed,” he said. “We’ll have cream cheeses, smoked fish, salads and any kind of appetizing that goes on a bialy.” A grill behind the counter will prepare eggs to order.

“The store looks the same as it was built in 1960,” Giniger said. “Some equipment’s too old to be serviced — we’d find out the manufacturer went out of business 30 years ago. Parts are incredibly difficult to get. We’re upgrading where we can, restoring and saving where we can and adding new equipment to the mix. The store will look different, but feel familiar.” 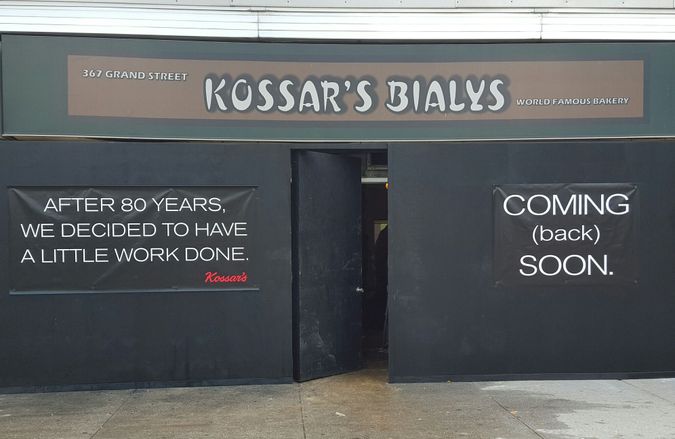 Image by Courtesy of Kossar's

With 80 years of history behind it — the original Kossar’s opened on Clinton Street in 1936 — Giniger also sees serious franchise potential. “The fact that a bagel renaissance started way before we bought the store is a positive for us and the industry,” he said. “There’s nothing more iconic than a New York City bagel or bialy. It’s authentic and original, and the rest of the world clamors for this product when they come here. We’ve had requests from people who want to franchise.”

A slight uptick in price may also follow the renovation. Kossar’s has sold bialys at 90 cents apiece “for years,” Giniger said. “We haven’t decided, but it’s fair to say it might go up to a dollar. But we’re absolutely not going to raise the price ridiculously.”

Kossar’s is New York’s sole surviving bakery dedicated to bialys. The legendary Coney Island Bialys and Bagels, which had been in operation since 1920, closed in 2011.

Giniger expects the curtain to go up on Kossar’s 2.0 in six weeks.

Kossar’s Bialys Branches Out From the Classics