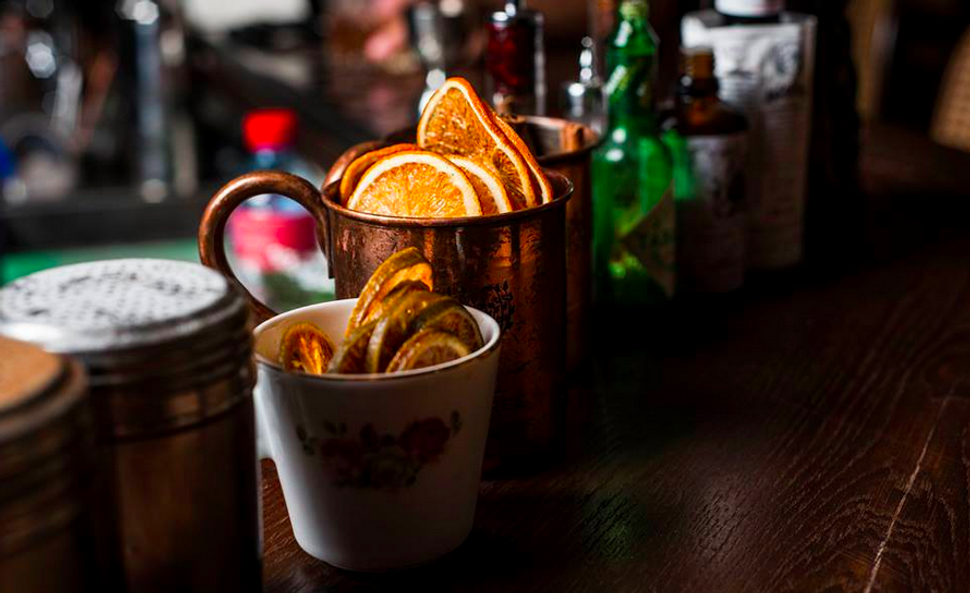 Artisanal cocktail accoutrements at the bar of Imperial Craft Cocktail Bar, which garnered a coveted spot on Drink International’s list.

A leading publication on alcohol for the first time ranked an Israeli pub on its list of the world’s 50 best bars.

The same establishment, situated on Hayarkon Street in central Tel Aviv near the U.S. embassy, was already ranked last year by Drinks International as the best bar in Africa and the Middle East, but clinched the 56th slot on the worldwide list.

This year, Imperial Craft retained its regional title and completed the most significant upward leap of all the establishments ranked, according to Haaretz.

The two non-Western bars that ranked above Imperial Craft were in Tokyo and Singapore. The Israeli bar was one of three Middle East bars on the top 50 list, along with Zuma Dubai (ranked 44) and Cyprus’ Lost & Found (48).

Bar Shira, one of the owners, recalled in an interview for Haaretz attending Drinks International’s ceremony on Oct. 9 in London, in which organizers read out bars listed in ascending order of excellence.

“We reckoned we’d get ranked 36, so when number 30 came around and Imperial’s name wasn’t read out yet we were totally psyched. At Number 25, we were nearing cardiac arrest,” Shira said.