Pastrami and Our Jewish Identity 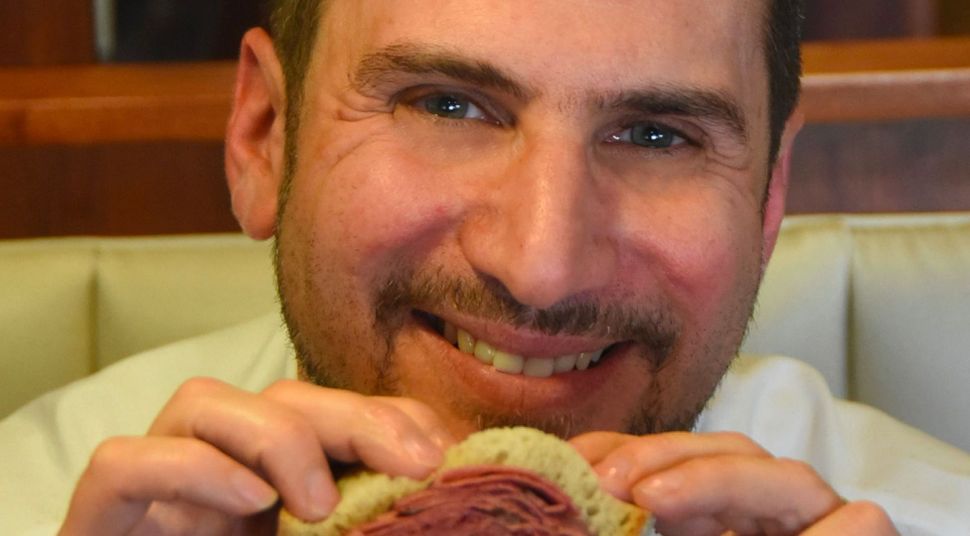 Ted Merwin (above) writes that the roots of secular Jewish culture in America were, to a large extent, in the deli.

The title of Ted Merwin’s new book isn’t completely accurate. is billed as “An Overstuffed History of the Jewish Deli.” But the book’s so packed with insights on American Jewish identity, assimilation and mobility that it hardly feels bloated. And it’s as much elegy as history, sounding mournful tones for the fressing palaces that once defined American Jewish life.

An associate professor of Religion and Jewish Studies at Dickinson College in Pennsylvania, Merwin also peppers the book with kitsch and ephemera from his own collection, like a 1973 New York magazine poster of something called the Pastrami Olympics. The Forward caught up with Merwin as he headed back to Pennsylvania from a weekend of book publicity in New York.

The book, and much of your work, focuses on the connection between eating, culture and identity. As Jews, we almost take it for granted, but why is that connection so strong?

People gather around food — it brings them together. It’s not just necessary for existence, but it’s a way of expressing who we are. They say you are what you eat. My suggestion in the book is that you are where you eat and with whom you eat as much as what you eat. 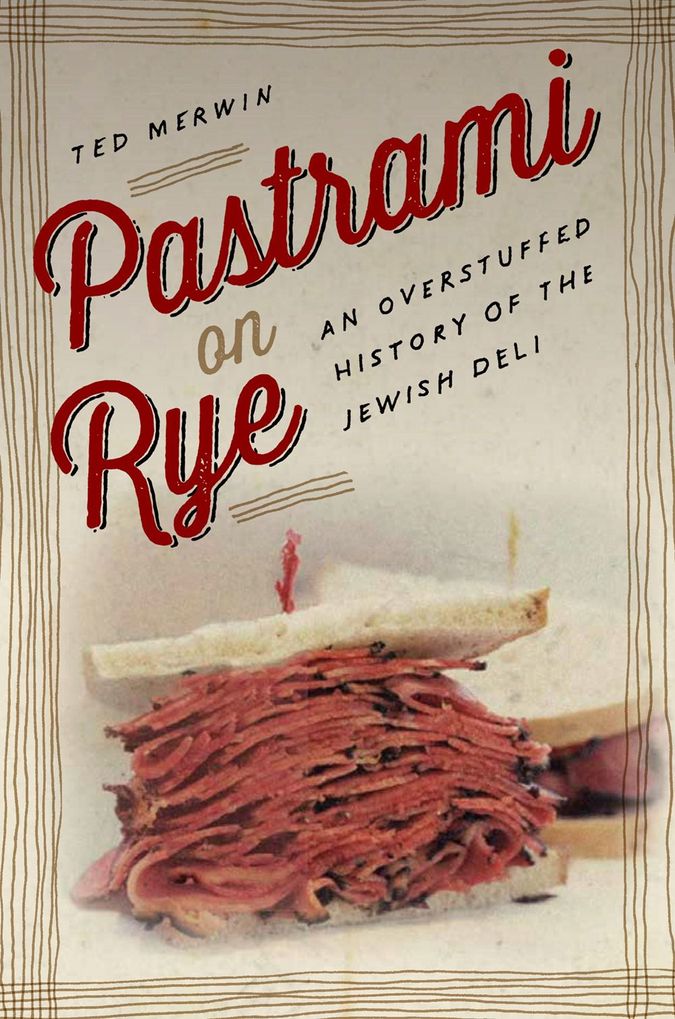 “Pastrami on Rye” posits that delis really flourished between the wars, when Jews were just starting to feel like they’d made it in America. What’s behind that story?

What I suggest is that the roots of secular Jewish culture in America were, to a large extent, in the deli. People were falling away from synagogue attendance and religious observance. They needed a place to come together in non-religious way where they could still maintain a connection to their past, their heritage and their ethnic community, but still celebrate the fact that they were moving into mainstream of American society. That’s why the book draws a distinction between kosher delis, places where Jews strengthened that link to the past, and non-kosher delis, where they looked forward to the future and to being part of America.

You also make clear that today’s wave of nouveau delis, operating in a very different context, are pretty much unmoored from Jewish life. Can they still play a social role for Jews?

It’s interesting what Noah Bernamoff is doing at Mile End, what the Wise Sons guys are doing in San Francisco, what The General Muir’s up to in Atlanta. I think their attempts to marry deli food with new trends are interesting, and I salute them. But it’s not going to bring back the primacy of the deli as a central location in American Jewish life. These new delis cater mostly to a non-Jewish clientele. When Jews go to delis for nostalgic reasons, they want the big sandwiches and the Jewish atmosphere. And that’s hard to find outside [Manhattan’s] Second Avenue Deli and maybe [New York kosher deli] Ben’s.

The book’s an elegy as much as a history. Is the deli over as we know it?

Look, there were 1,550 kosher delis in New York City in the 1930s. Now, there’s what — 15? It’s hard to say a 99% decrease is not a significant shift. The deli is no longer a central address for the Jewish community to gather. People stopped going to delis in the decades after World War II, into the 1970s.

You also hold up supermarkets as culprits in the decline of deli. What’s the connection?

Deli food in supermarkets is part of the fall of delis. When people started moving out of cities, they began taking on the food ways of the majority. And that meant food that’s packaged. It’s ironic — you cure meat to preserve it in the first place. After World War II, there were all these technologies to preserve food. And deli food was one of the first things repackaged that way. Physically and conceptually, repackaged food appeals to Jews and non Jews. It’s clean, sanitary and up-to-date. It becomes, like Jews themselves, part of the mainstream of American life. And it loses that special Jewish connection.

So after all of your research visits to delis, who’s got the best food?

Wish I could answer that. I’m not a foodie, and I’m not really knowledgeable about it [laughs]. I can’t tell you what deli in New York City has the best pastrami. I like going to Ben’s because [owner] Ronnie Dragoon has reproduced the Art Deco aesthetic from 1920s that speaks to key period I’m talking about in the book — the generation that was coming into its own in America. The atmosphere is just as important as the food itself. I feel Ronnie’s able to tap into that nostalgia Jews have for that period when deli was in its heyday. And the food’s good too.

Has any other ethnic group managed to create the kind of “third place” that delis represented for Jews in the last century?

On my most recent trip to New York, I stayed in Flushing [Queens], which is home to a lot of different Asian communities. I see it there. It’s through them that you can connect to what it was like for Jews who lived on the Lower East Sides. It’s always funny to me when I take my classes to visit the Lower East Side. They realize there’s not much Jewish anything left. I point out to them how Chinese people are speaking a foreign language, eating together, shopping together. And you get a better sense of what it was like for Jews.

Pastrami and Our Jewish Identity