Finally, a Kosher Restaurant With Michelin Acclaim in Paris 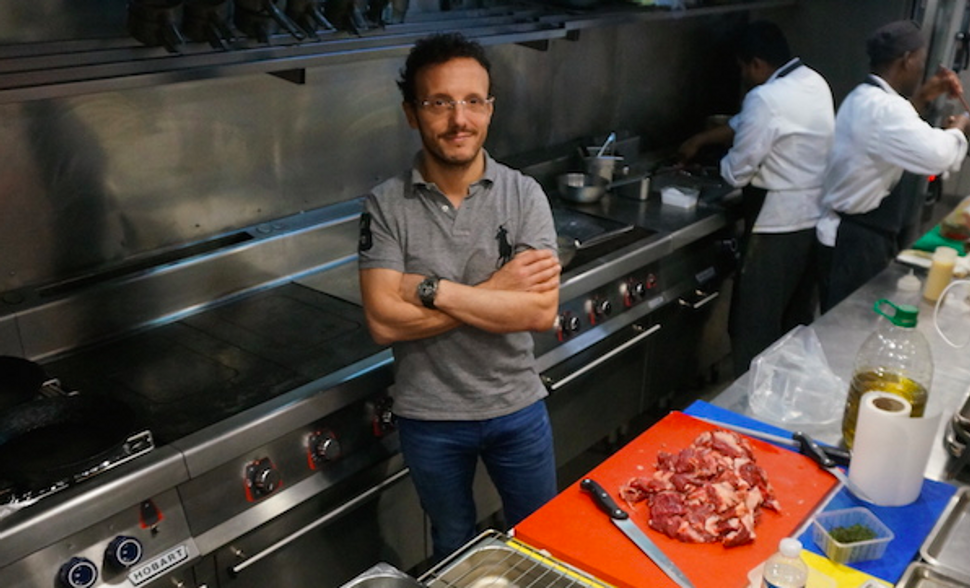 JTA – With 84 Michelin-certified restaurants and a combined total of 115 stars, the French capital offers a dazzling gastronomic selection to anyone willing to stomach the bill.

Anyone but observant Jews, that is.

For years, the kosher-keeping community has been limited to budget pizzerias or moderately priced eateries offering couscous and grilled meat. And while many of the restaurants serve good food, they’re a far cry from Paris’ culinary giants, with their daring interpretations of classic French cuisine.

But that all changed last year with the opening of Le Rafael. The upscale eatery in the posh, heavily Jewish 17th arrondissement is the only kosher-certified establishment in Paris with a Michelin pedigree — probably the most coveted accolade in the restaurant world.

Le Rafael’s Michelin status may only be by association — its chef, Simone Zanoni, also runs the two-star restaurant at Trianon Palace at Versailles — but it’s a major step forward for the kosher-keeping gourmands of Paris. Featured in major French newspapers like Le Figaro and Le Point (“The braised veal and its airy, sweet-tasting potato puree would make any diner melt”), Le Rafael quickly became this city’s best-known kosher restaurant.

Zanoni told JTA he’s aiming “for kosher food that can hold its own against non-kosher food” — and hopes Le Rafael will earn a Michelin star or two of its own.

For now, the eatery — which is supervised by the rabbinical court of Paris — attracts international Jewish tourists as well as about 80 Parisians daily, mostly observant Jews, according to sous chef Edward Boarland, a non-observant English Jew. Boarland said that Le Rafael aims to be “open for everyone.” But with such limited options for kosher-keeping gourmands, “it makes little sense to aim [specifically] for a non-Jewish clientele,” he said.

Despite offering traditional French eats like foie gras terrine or “best end of lamb” with moussaka priced between $50 and $130, Le Rafael is just barely turning a profit, according to Boarland.

After struggling to surmount both the culinary handicaps of kosher cuisine and the effects of France’s financial crisis — the country’s economy zero percent growth in the second quarter of 2015 — the two chefs said they are facing a noticeable decline in the number of foreign patrons because of security concerns following the slaying of four Jews in January at a Paris kosher supermarket.

“I think it’s the result of media’s description of what happened in Paris,” Zanoni said in an interview last week. “People think it’s a war zone.”

Still, the number of local diners has remained unchanged, he said, which has allowed the restaurant to stay open. 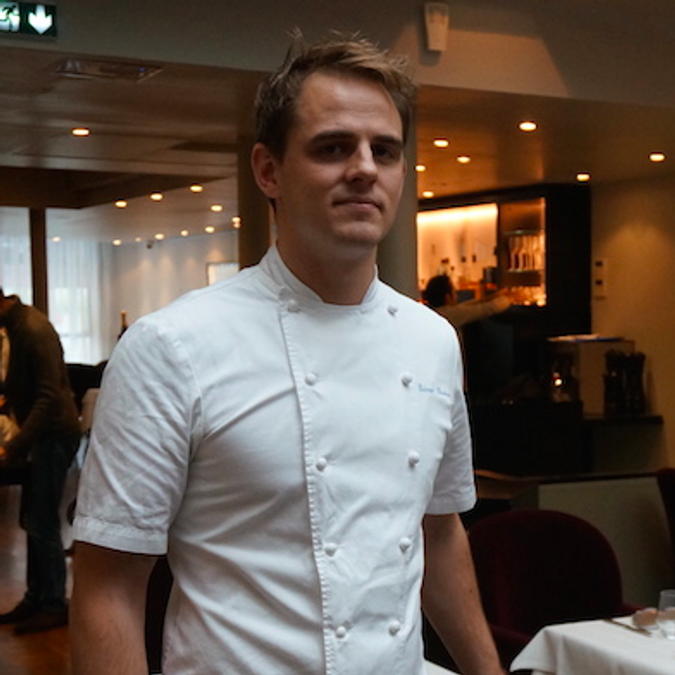 Located amid home design shops and fashion boutiques on the busy Avenue de Villiers, Le Rafael — which is owned by the French Jewish businessman Michael Lehiani — has a transparent domed ceiling that filters soft light into an intimate space of 15 tables. The decor features white tablecloths and purple upholstered chairs. The long corridor off the entrance dampens the sounds of the noisy street, leaving the main dining area pleasantly silent.

Before it reopened in February 2014 under Zanoni, it was a simple kosher eatery where a meal cost $25 — on par with Kavod and Jaguar, two of the better kosher restaurants among the approximately 300 eateries in Paris under rabbinic supervision.

Le Rafael’s reopening last year as a gourmet French restaurant, complete with a Michelin-standard new kitchen, took it to a new level gastronomic finesse that no other Parisian kosher restaurant had reached before, according to Yvan Lellouche, a founder of the Union of Kosher Consumers of France.

Aside from the food, Le Rafael is also unique among kosher restaurants in the level of service it offers, complete with valet parking and four impeccably dressed waiters.

Though there are no security guards at Le Rafael, the locals say they feel safe here and in western Paris in general.

“Here, in our neighborhoods, we are privileged enough to enjoy a very high level of safety, we don’t feel at risk,” said Severine Amoyal Dokan, a 44-year-old businesswoman and mother of two who was dining with her strictly observant sister, Aurelie Madar.

“Look at this place, how calm it is,” she added, gesturing her pearl-braceleted arm across the quiet room. “What exactly do I need to fear here?”

Still, the sisters, both Le Rafael regulars, concede that the restaurant’s high media profile may have the undesirable effect of appealing to terrorists seeking a symbolic target.

As for the chefs, they see flavor — and not the threat of terror — as their biggest challenge.

“There is so much adaptation necessary, so many workarounds, that we simply needed to reinvent ourselves,” Zanoni said.

The main hurdles, he said, were the “lower quality of koshered meat, which loses its blood and tenderness in the salting process, ” as well as the need to dispense with all dairy products, like cream – a main ingredient in French cuisine.

To surpass these challenges, Zanoni and Boarland employ a slow cooking technique to tenderize meat by sealing it in plastic bags and cooking it in warm water, often for hours.

Zanoni says that “solving such problems is exactly the reason” that he accepted Lehiani’s offer to reinvent Le Rafael last year as a gourmet restaurant.

“A small part of me wondered whether this was professional suicide,” he said. “I am glad it was proven wrong.”

As for Amoyal Dokan, the Jewish mother of two, she says institutions like Le Rafael, and the vibrant Jewish scene they help support, are key to her decision to stay in France at at time when thousands of Jews are leaving for Israel.

“I’m all for Zionism, but it’s not home,” she said over filet mignon. “We live in the best city in the world, in one of its strongest and liveliest Jewish communities, and we’re not about to give it up for the world.”

Finally, a Kosher Restaurant With Michelin Acclaim in Paris