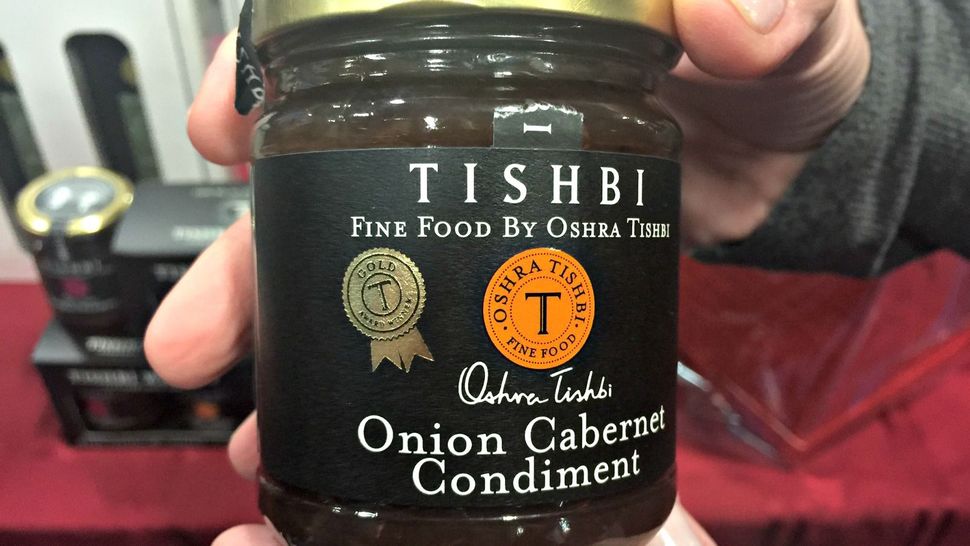 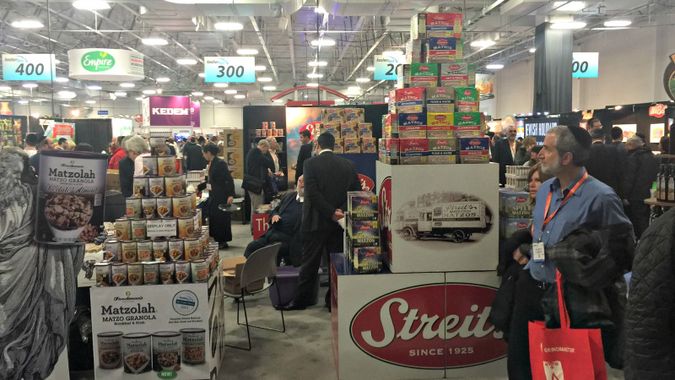 Nibbling my way through the Meadowlands Exposition Center yesterday in Secaucus, New Jersey, for the first day of , I tried to glean the prevailing themes from the ocean of kosher products on display.

Nothing obvious emerged. What I found was the continued momentum of the movement I recognized at last year’s show toward more healthful, artisanal, gourmet and dietary-restriction-friendly (gluten-free, vegan) foods.

After dipping their toes into the gluten-free market last year, big-name brands Streit’s, Manischewitz and Kedem all expanded their gluten-free lines.

Also on display were a number of European gluten-free pastas, including Le Veneziane brand from Italy and Gluto, from Finland. 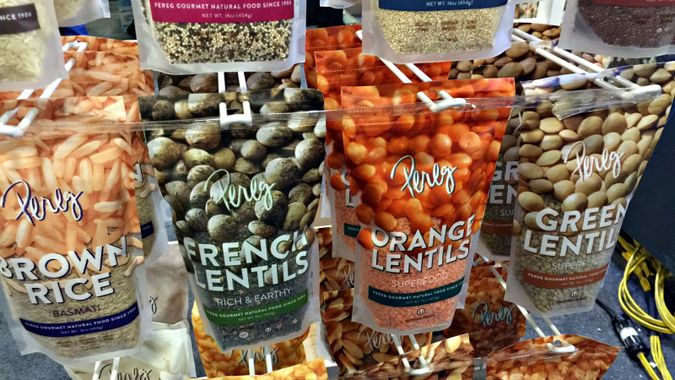 Pereg, whose natural foods are non-GMO and gluten-free, has an attractive new line of 26 packaged grains and legumes that come in colorful, resealable bags — white and red quinoa; orange and French lentils; green peas, yellow peas and chickpeas; white, red and black beans; bulgar and farro and freekeh…

I could go on. 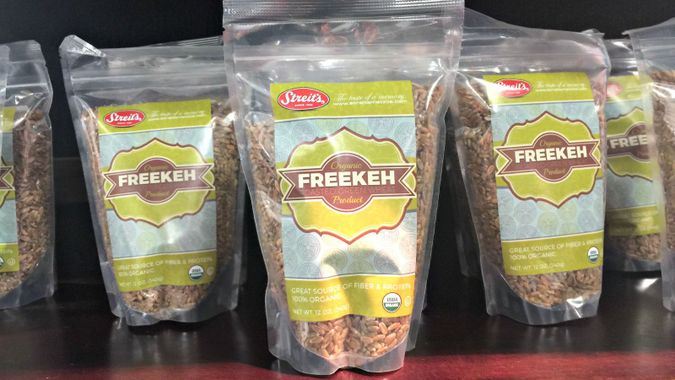 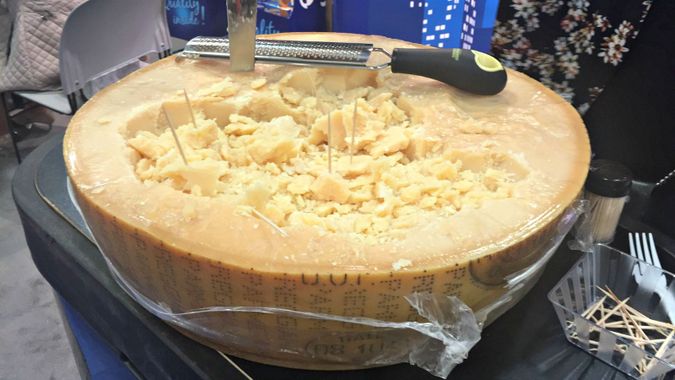 I remember when Bespoke Creamery was the only game in town for really good artisanal kosher cheese. Now, you can easily put together an impressive and varied kosher cheese plate. I had a hunk of sublime Parmigiano-Reggiano from an enormous wheel, sampled a silky bite of fresh mozzarella, popped a piece of raw cow’s milk havarti from Ludwig Farmstead Creamery, then ate a square of The Cheese Guy’s Double-Ale Cheddar, which won best dairy/cheese in Kosherfest’s new products competition. (Deservedly so — it’s terrific.)

For the finishing touch to that cheese plate (or to serve with roasted meats), I’d add The Cheese Guy’s award-winning Heirloom Vermont Apple and Maple Syrup Butter, or one of the delicious new jams from Tishbi Winery — there’s a fig-cabernet, a cherry-shiraz and an apricot Riesling — but my favorite was a more savory onion-cabernet preserve. (The jams are made by Oshra Tishbi, whose great grandparents began making wine in Israel in 1882.) 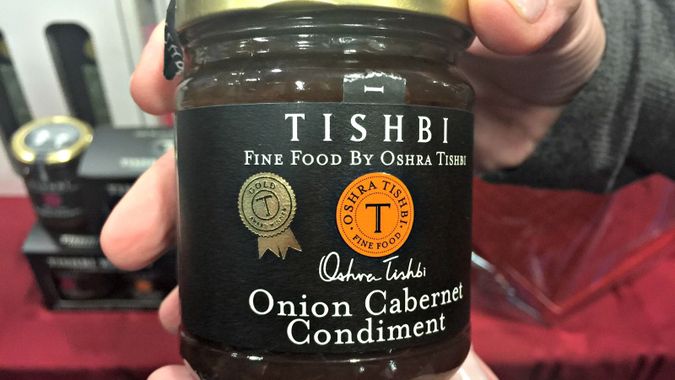 Other neat new condiments were a new line of tahini sauces from Mikee, which won a best new product award at the show. The tahini sriracha, which I sampled on a piece of falafel, may become a new staple in my house.

I already keep Mina Harissa around, but the company’s now rolling out a Moroccan-spiced shakshuka sauce, which comes in a jar but doesn’t taste like it. As the guy at the booth told me, you just empty the sauce into a pan, heat it up and crack your eggs on top. That’s a quick and healthful last-minute meal I could imagine falling back on.

Not to say everything at the show was healthy or artisanal. There was candy, cake and cookies everywhere I tried not to look, and plenty of traditional and mainstream kosher products. Several companies offered frozen gefilte fish — my favorite (perhaps because of terrific packaging) being that of The Heimishe Fisherman. 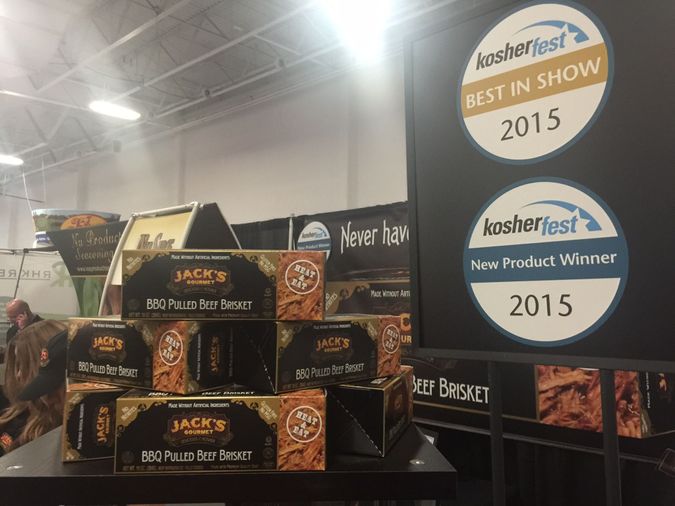 And the award for Best in Show went to Jack’s Gourmet, which produces handcrafted kosher deli meats and sausages, for its new BBQ Pulled Beef Brisket — gluten, nitrite and MSG-free. It comes fully cooked and is, I must say, a pretty impressive way to satisfy a barbecue craving at home.

The guys at Bell Bialys noted that they’ve been making their product for 60 years, and that in spite of our story saying this bread is making a comeback, it never went anywhere. Duly noted. 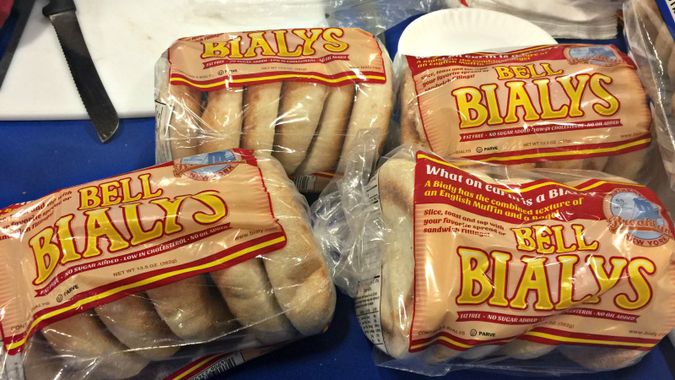 So while Kosherfest isn’t all about what’s new and what’s next, there were enough modern products to suggest that producers of kosher foods have taken stock of the recent and widespread popularity of Israeli restaurants, nouveau-delis and modern Jewish cookbooks and are joining in the fun of taking Jewish food into the future.