Hanukkah Cupcakes and All the Weekly Dish 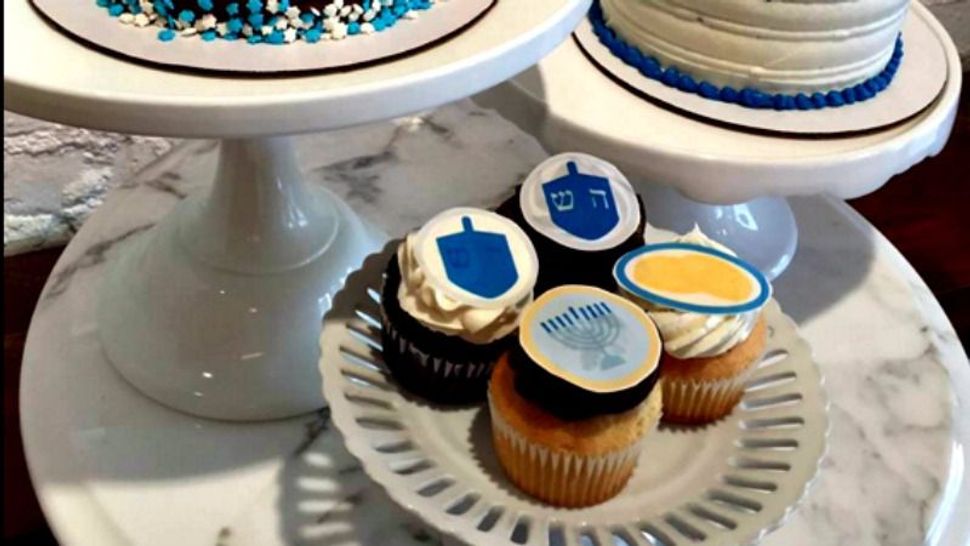 Not only are these cupcakes kosher; they’re also gluten and dairy free.

If fried foods aren’t your thing but you’re still craving something sufganiyot-ish for Hanukkah, New York’s has your back.

Falafel in the Financial District 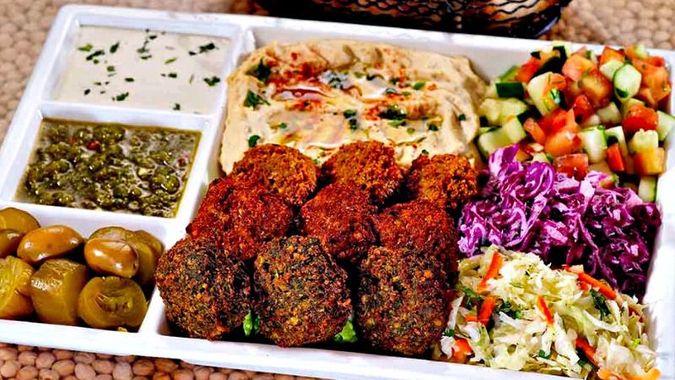 Image by Courtesy of Nish Nush

Top-drawer hummus and falafel are the draw here, along with shakshuka, Israeli salad and sabich — pita with hummus, boiled egg, eggplant, Israeli salad, pickles and tahini.

Kudos for Zak the Baker 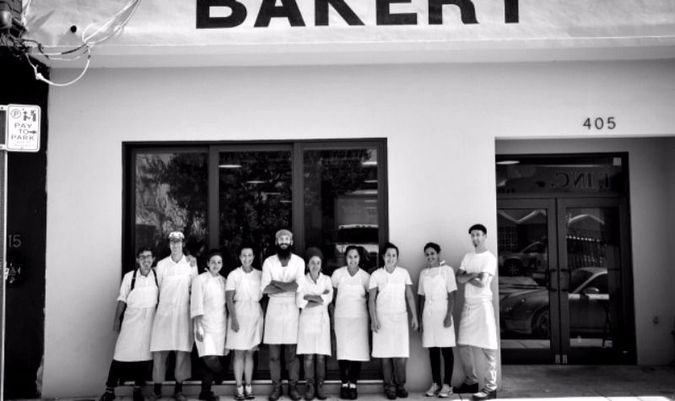 In just a few years, Stern has become “a legend and baker to the starriest chefs in south Florida. Much better to go to his Wynwood cafe for rustic breakfast and lunch, where modern spice and great tomatoes update classic kosher (never on Saturday),” the magazine enthuses. 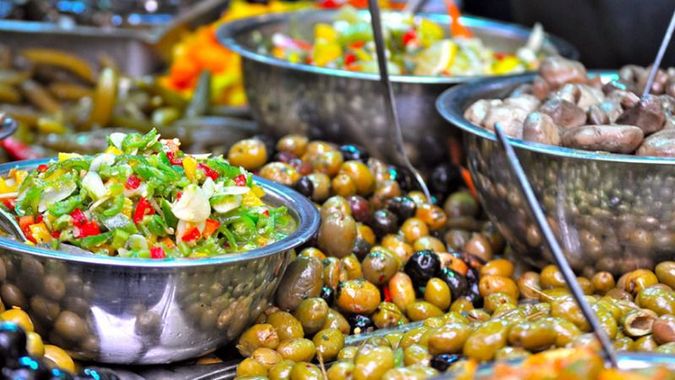 Image by Courtesy of Marrakesh

It’s the latest from the owners of Fuego Mundo, the South American spot that’s one of Atlanta’s only completely kosher restaurants, says the Atlanta Journal-Constitution.

Look Out for the Latkewich! 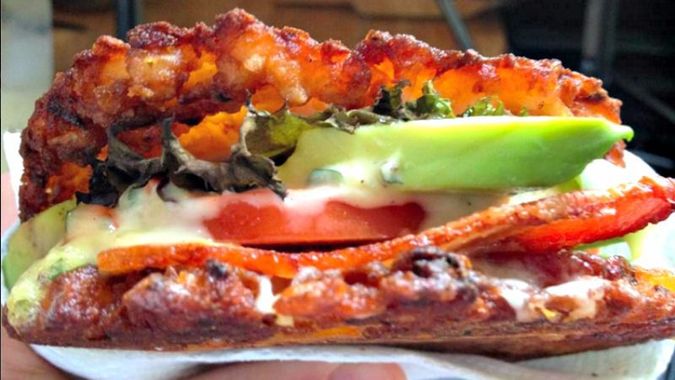 OD’d on latkes yet?

It’s what it sounds like — a sandwich made with giant latkes instead of bread. Last year’s versions included pastrami and roast chicken. Silverberg posted a fun video about the latkewiches — our word — last year.

Cooking Classes in the U.K.

Cooking classes are booming — and it’s mostly thanks to men in their 60s, says the U.K. Guardian.

“There’s no longer any stigma attached to men cooking,” said Denise Phillips, a chef and founder of Jewish cooking school Denise’s Kitchen in Middlesex, U.K. “It’s much more socially acceptable, but despite this many older men lack confidence in the kitchen.”

Hanukkah Cupcakes and All the Weekly Dish