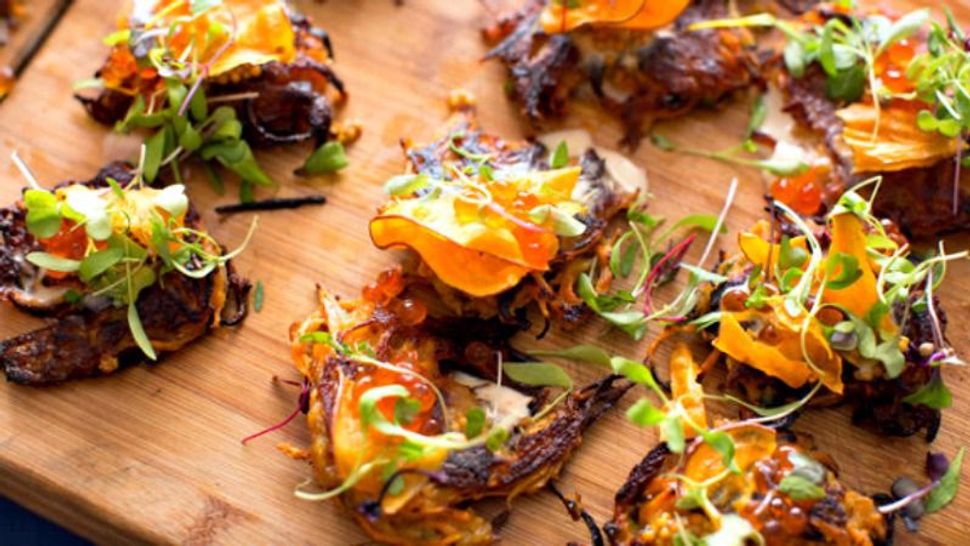 Image by Courtesy of Sylvia Center

One of the creative contenders at the 7th Annual Latke Festival. 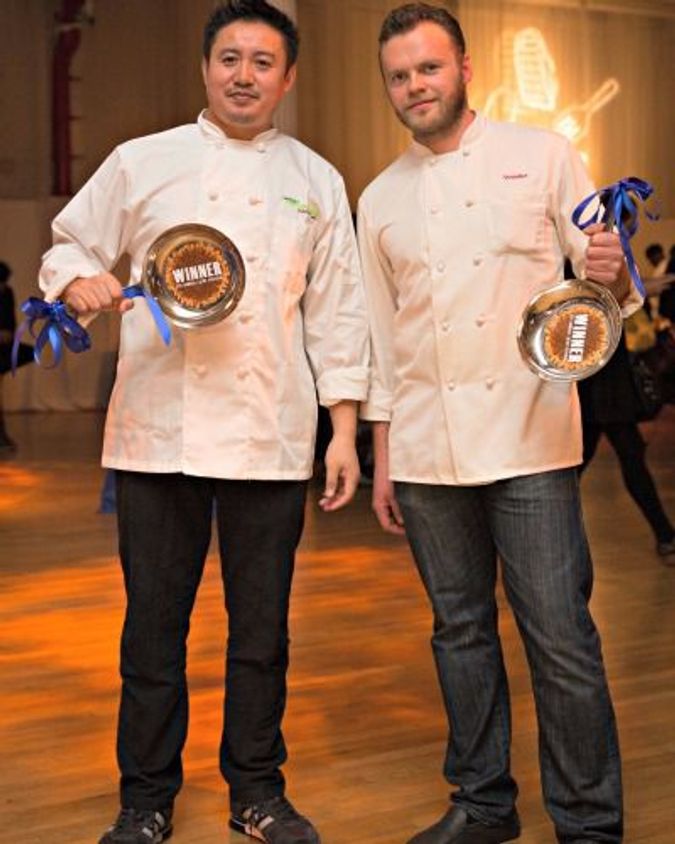 With an elegant but haimish “latke mushroom julienne,” beat out stellar competitors like Shelsky’s of Brooklyn, the Vanderbilt, Jacob’s Pickles and Baz Bagel to take home the People’s Choice Best Latke honors.

Chef Dima Marsteniuk of Veselka is a native of Ukraine. “His dish was inspired by historical, cultural staples (mushrooms and potatoes) — not gimmicks or pop culture,” said Jason Birchard, Veselka’s proprietor, whose grandfather opened the restaurant in 1954.

“Dima simply used traditional ingredients in a more gastronomic way,” Birchard said. “The latke was almost croquette-like and could stand on its own.” But Dima didn’t stop there. He topped it with black truffle julienne and a blanket of brûlée parmesan and rainbow micro greens.

The evening, which was hosted by Great Performances, benefited The Sylvia Center, whose stated mission is “to inspire young people and their families to establish independent healthy eating habits — so that they may lead healthy and productive lives.” We guess latkes are part of that.