Giving Dairy Its Due at Breakfast 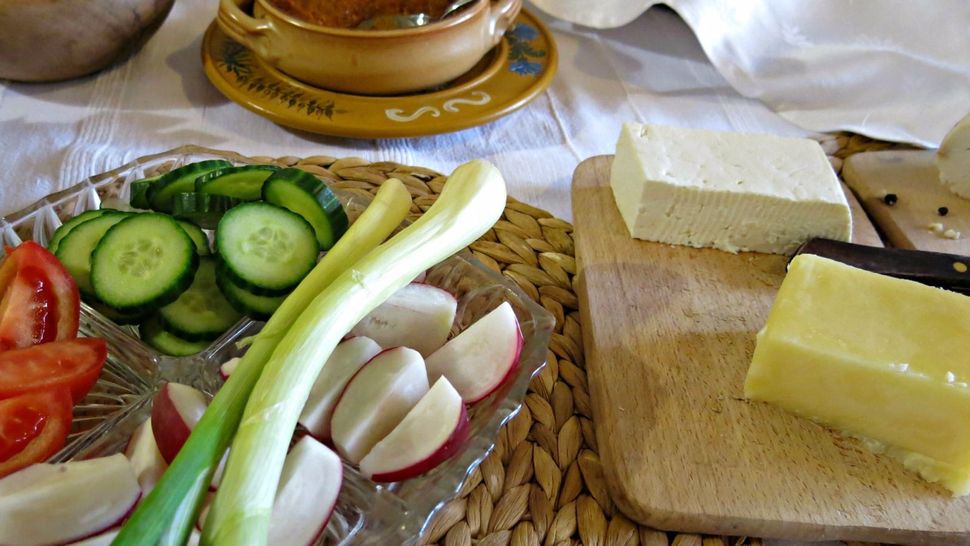 Ashkenazi Jewish cuisine has a bit of a meat problem: In short, there is just too much of it on the table. There was a time when dairy and meat held more equal footing in Eastern European-American culinary consciousness, and Jewish dairy restaurants like were as popular as their meat-heavy cousin, the delicatessen.

But somewhere over the last century, the primacy of meat took hold — both on the holiday and the everyday Jewish table. The reasons are both socio-economic (the community, no longer made up of first-generation immigrants, became more affluent and could afford to buy more — and better quality — meat) and religious (Jewish tradition holds meat as an integral part of Shabbat and holiday dinners). The impact is clear: Dairy-focused foods have taken a back seat in Jewish cuisine or, like many babka and noodle kugel recipes, have had the dairy stripped from them.

There are two exceptions. The first is Shavuot, when Jews attempt to make up for a year of dairy neglect by eating a frighteningly calorific combination of cheesecake and cheese blintzes. The second — and significantly more reasonable — exception is breakfast.

Despite the shift towards having meat as often as possible, the Jewish breakfast table has remained a haven for dairy dishes. This is likely in part because the most common breakfast meats are made from pork and therefore forbidden. Over the course of the year that I have been writing a breakfast column for the Forward, I have covered many dairy-filled classic Jewish breakfasts: bagels and cream cheese, naturally, the Israeli breakfast with its thick, strained labneh and other fresh cheeses and the Romanian cornmeal porridge mamaliga, which is most often served with copious butter and sour cream, among others.

In his book “Jewish Home Cooking: Yiddish Recipes Revisited,” Arthur Schwartz shares a recipe, or really more of a philosophy, for “Sour Cream and You Name It.” This dish, which was a favorite of his mother’s and eaten throughout the day (including at breakfast) was literally a bowl of sour cream topped any way the diner pleased. Schwartz and his dad like it with boiled potatoes, butter, salt and pepper, while his mother and sister preferred banana and sugar, berries or melon. If it is difficult to imagine anyone willingly eating an entire bowl of sour cream, just think of its close cousin, yogurt.

My own favorite breakfasts are simple and centered around dairy: a bowl of cottage cheese with dried cherries and honey; a slab of cheese with some sliced fresh veggies and bread; milky coffee and something sweet and crumbly to dip in it.

Today, the landscape of dairy has become complicated. Beyond the low fat vs. full fat debate, there are vegans and lactose intolerant people who bring different needs to the dairy case. An example: A friend recently posted a photo of her fridge on Facebook, in which an entire shelf was dedicated to bottles of milk: cow, goat, almond and soy. “Everyone in my house drinks a different type,” she wrote. But whether one prefers his or her milk traditional or alternative, it is time to give the forgotten canon of Jewish dairy foods another look — and breakfast is the perfect place to start.

Giving Dairy Its Due at Breakfast