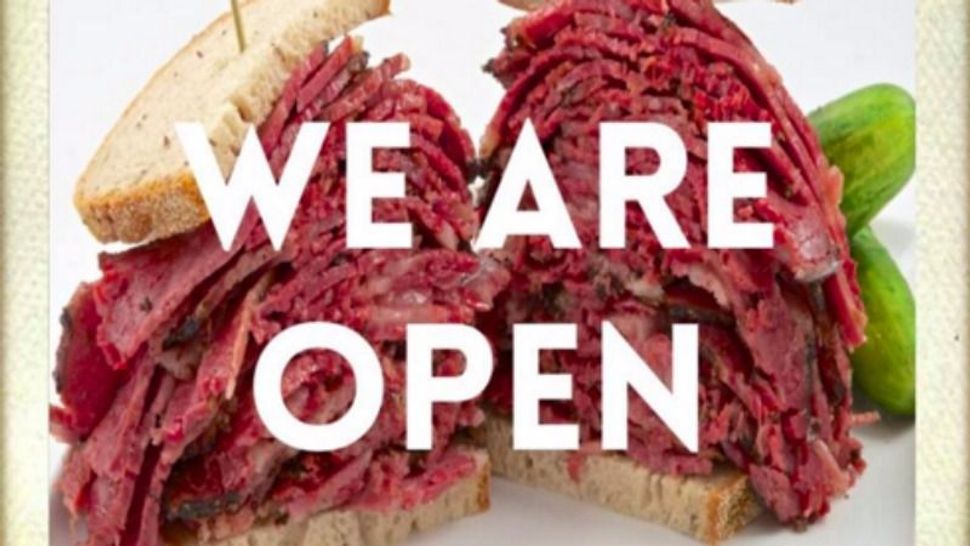 This morning’s post on the Carnegie Deli’s says it all: “We are over the moon that our doors have officially reopened! We look forward to welcoming back our family of employees, friends and loyal patrons.”

The iconic New York delicatessen, which opened in 1937, has been shuttered since late April 2015 after Con Edison discovered an illegal gas hookup.

Things began to look up for the building’s residents when hot water was restored on December 8, 2015. Heat was turned on two weeks later.

While the restaurant was closed, Carnegie’s owner, Marian Harper Levine, who inherited the business from her father, came to a divorce settlement with her former husband and business partner, Sanford Levine. In a hearing in August, Justice Matthew Cooper referred to Sanford Levine as “the shyster of smoked meat,” admonishing him for trying to hold his estranged wife in contempt of court for failing to pay him $11,000 a month in alimony.

Now, presumably, the deli can go forth drama free, reclaiming its rightful place in the pastrami pantheon.