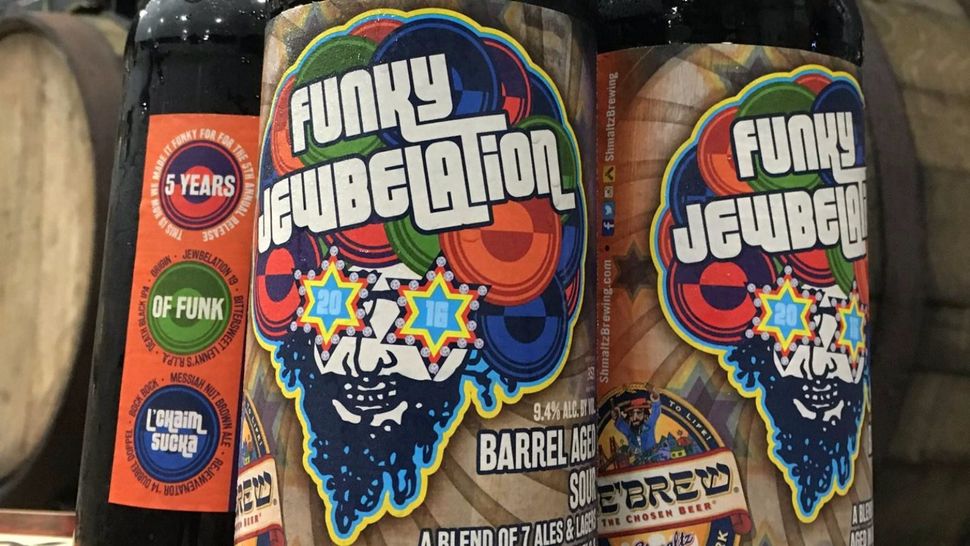 Shmaltz Brewing Company owner Jeremy Cowan never bought the old adage that Jews didn’t drink. In fact, he decided early on that he was going to brew a beer with a distincty Jewish identity.

“The very first beer was Genesis Ale,” Cowan told me recently over the phone. “We hand squeezed pomegranates on the floor of my apartment in San Francisco and added it into the first batches…We were watching E.R. and they used to get really bloody on that show…and everyone was squeezing pomegranates on the floor and everybody’s cuticles were getting stained while watching this bloodbath on E.R.”

Cut to 20 years later and Cowan has come a long way from making beer in his apartment and driving around the Bay Area selling it out of his grandmother’s Volvo. He now owns a 50-barrel brewhouse with an ability to brew 20,000 barrels annually, and a tasting room in Clifton Park, New York. The company now sells beer across 35 states, through 40 wholesalers and nearly 5,000 retailers.

At this point Shmaltz is the only self-identified Jewish Brewery in existence in the United States. All Shmaltz’s beers are certified kosher by the Kosher Supervision of America (KSA). (Although alcohol by its very nature is kosher, Cowan insists on the certification and he partakes of mechirah during Passover, selling his grains and beer during the Holy Week, then buying them back.

Cowan talks a lot about straddling the line between the craft-beer market and the Jewish beer-drinking market. He loves a good pun, and has never shied away from using one either in naming his beers — Messiah Nut Brown Ale (“It’s the beer you’ve been waiting for”) — or in his packaging (Schtick in a Box), but he is also a serious craft brewer. His Hanukkah beer contains eight malts, eight types of hops and 8% ABV in honor of the eight nights of Hanukkah.

It’s fine to go for the kitsch, but you have to follow it up with good beer — and Cowan’s national market proves that he does. Obviously Jews are not the only ones drinking Shmaltz, and that’s good for business. Cowan has managed to maintain a firm Jewish identity while succeeding in the mainstream. 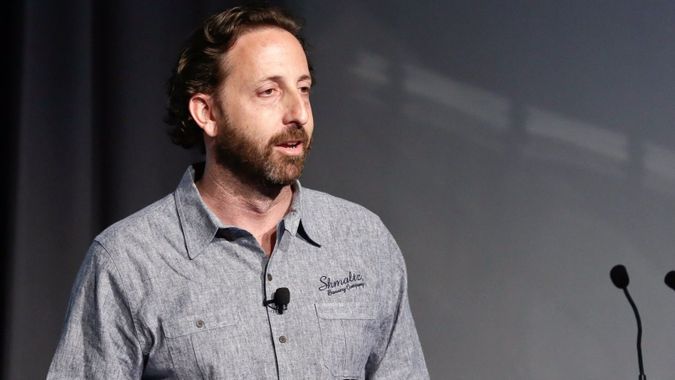 In fact, Cowan seems a little surprised and disappointed that there isn’t a Jewish-beer category yet. “Either we are on to something and there’s this great niche,” he said, or you realize, “wait a minute, it’s been 20 years and nobody else did it — maybe there is no niche. Plenty of times I’ve imagined that you go to the grocery store or the bottle shop and you go, ‘Oh, there’s the Belgian beers; there’s the Stouts, there’s the Michigan beers, there’s the Colorado beers, where’s the Jewish beers?’ ”

Where indeed? Because if Shmaltz is any indication, there is a market for the category.

For its 20th anniversary, Shmaltz has released a new “Funky Jewbilation 16.” (This is the 5th incarnation of the Funky Jewbilation series of brews celebrating the anniversaries of the company.) This current incarnation is a sour beer — sour beer is just what is sounds like: intentionally sour or tart, like buttermilk is to milk or kimchi is to cabbage — aged in bourbon and whisky barrels.

Shmaltz was kind enough to send me a 22-ounce bottle of the brew, so I brought it to a party to share with my craft-beer loving friends, whereupon looking at the bottle, said friends remarked first on the beer’s ABV (alcohol by volume), saying things like, “Wow it’s so low for He’Brew!”. The ABV is actually 9%, which is higher than the average beer (usually around 5%) but lower than most Shmaltz beers, which can run much higher.

We were all surprised that the beer was dark, since sour is usually lighter in color, looking more like an ale. The first taste is — no surprise — very sour. It’s a sour beer. When you get past the tartness, it’s a smooth beer that runs between an ale and a porter, with a rich mouth feel with a clean finish. It was hard to pick up specific tasting notes — nothing in particular stood out — but that’s okay; it felt good on the tongue. It’s a beer to share. And we all agreed it would be really tasty with a good brisket.

I also received the three beers from the MANNAge-à-trois pack. Hop Momma (5.8% ABV); Hop MANNA (6.8%ABV) and Hop Mania Imperial (7.8% ABV). IPAs (India Pale Ales) are usually very hoppy, and I’m not one who likes hops — they remind me of cilantro, and both leave a soapy taste in my mouth. So I gave the Hop Momma to my hop-loving husband, Jon, and asked him to give me his opinion. The first thing he said was, “Try it.”

He insisted. I relented. It was really delicious. There was a very distant taste of hops — I got a whisper of soap but it was quickly vanquished by the apricot, peach and habañero pepper notes. The apricot sails into your mouth and says, “aren’t you so happy I’m here.” It’s accentuated by the peach, while the habañero isn’t really spicy, it just tingles the tongue and gives the beer some depth. Jon and I were eating curry that night and it was a perfect pairing partner. The other two beers were too hoppy for me, but I trust Jon when he says, “they’re good.” He’s not a man of many words.

Cowan is a very likable brewer — which is not at all unusual, I’ve found. He’s thoughtful, generous with praise to his peers, funny and tells a delightful story. For me, it matters a great deal where I spend my hard-earn dollars. I don’t want to give them to big retailers and massive corporations. I prefer to support smaller American industry. And what could be better than spending my money on a six-pack from a American craft brewer who makes good beer? Nothing — except drinking it at the brewpub with Cowan.

Shmaltz is holding a launch party for the Funky Jewbelation ’16 at the Clifton Park, New York brewery. The “Pucker Up Fest!” is Sunday, February 14, from 2-6 p.m. Pay as you go for samples, pints and beer to go. Brewery tours will be available throughout the day.