Russ & Daughters, Moving on Up 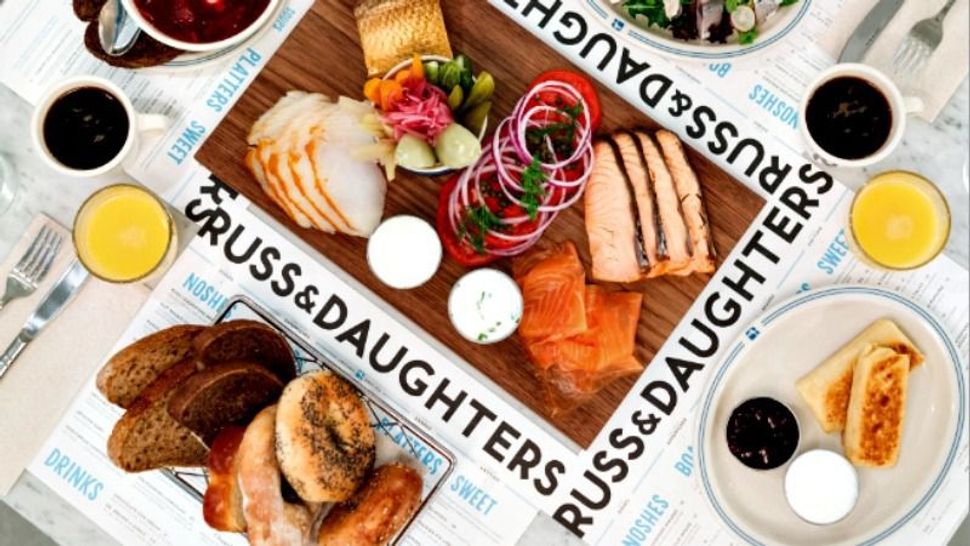 The distance between New York’s Lower East Side and Upper East Side is only a few miles, but the neighborhoods could hardly be more different. My grandfather Ben Schoenfein was born on the Lower East Side in 1899, 15 years before opened its doors at 179 E. Houston Street. The original appetizing shop still stands, overseen by 4th-generation owners Josh Russ Tupper and Niki Russ Federman. Last year, the cousins opened Russ & Daughters’ first café just a few blocks away on Orchard Street. 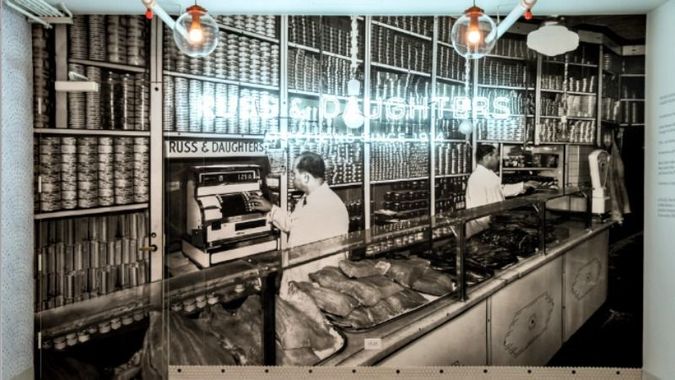 An archival image of the Russ & Daughters store.

Having lived his version of the American Dream, Papa Ben died at 92 in the apartment he and my grandmother shared on Upper Fifth. Yesterday at 11 a.m. Russ & Daughters opened a 70-seat restaurant a few blocks north, in the Jewish Museum on Fifth Avenue and 92nd Street.

Over the years a lot of them would make the trek downtown for their orders, Tupper said. “So it was nice for us to be closer to some of the people who had to travel so far.”

But would it be possible to recreate the look and feel of the downtown locations in a 100-year-old museum on the Upper East Side? According to Tupper, a guiding principal was to not stray too far from who they already are were as a business. “The essence of who we are is the store,” he said. “So we wanted to connect any design pieces to the store. We still want to be haimish.” 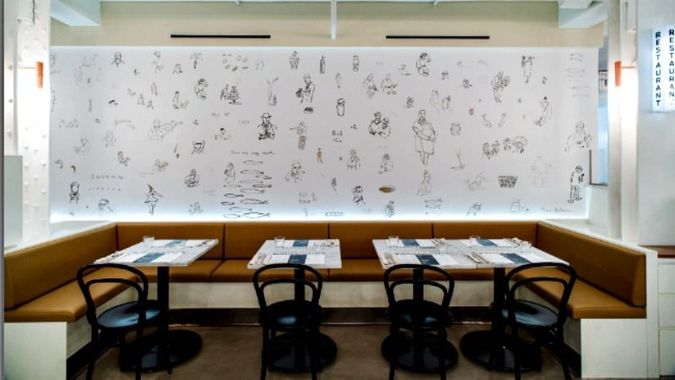 Tables at the new café.

One of the greatest differences between the uptown and downtown cafés is that the new one is kosher. The Jewish Museum is overseen by the Jewish Theological Seminary and is a kosher institution. “Being in the museum we were required to be kosher,” Tupper said. “We were like, ‘Oh boy, is that something we really want to do?’ But the reality is that most of our products are kosher, so it’s not that much of a stretch for us to become kosher. And to offer our products to the kosher community is something we were happy to be doing.”

Most of what’s on offer at the new café can also be found at the original one.

We’re Russ & Daughters, so we’re not going to all of a sudden start making something crazy,” Tupper said. “We’re completely dairy up here, so we created a vegetarian chopped liver.” Another new dish is shakshuka, which is not available downtown.

Next up for Russ & Daughters is a takeout counter to be housed on the first floor of the museum, followed by a major expansion into the Brooklyn Navy Yard.

Tupper said he’s excited to become part of a different community in New York City. From Lower East Side to Upper? It hardly gets more different than that.

Liza Schoenfein is food editor of the Forward. Contact her at [email protected] and follow her at @lifedeathdinner. Her personal blog is Life, Death & Dinner.

Russ & Daughters, Moving on Up