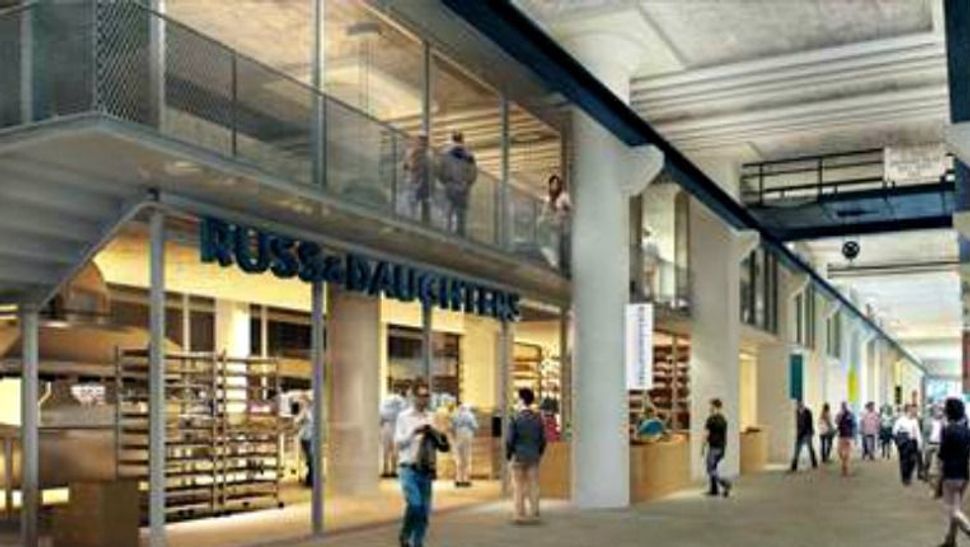 An artist’s rendering of the future Russ & Daughters at the Brooklyn Navy Yard.

, the iconic Lower East Side fish purveyor and café operator, is going big for its first retail expansion outside Manhattan.

The century-plus, family-owned business will become the anchor tenant of Building 77, the public food hall and manufacturing space planned for the Brooklyn Navy Yard as part of a massive rehab project.

Russ & Daughters will lease 14,000 square feet for a food-manufacturing center as well as a retail space and bagel sandwich shop, “enabling it to dramatically expand its food production and distribution capabilities,” according to a news release. The expansion is expected to create at least 30 new jobs.

Russ & Daughters’ Bushwick bakery operation will move to the Navy Yard site, which will also house the company’s nationwide shipping center and central kitchen for its retail locations and wholesale business.

Through a publicist, Russ & Daughters’ owners declined to comment. But Niki Russ Federman, one of its fourth-generation proprietors, told The Wall Street Journal that “you can see through the big glass windows our bagels being made and smoked salmon being sliced, so to have that connection with the process and people who make the food…is very fulfilling.”