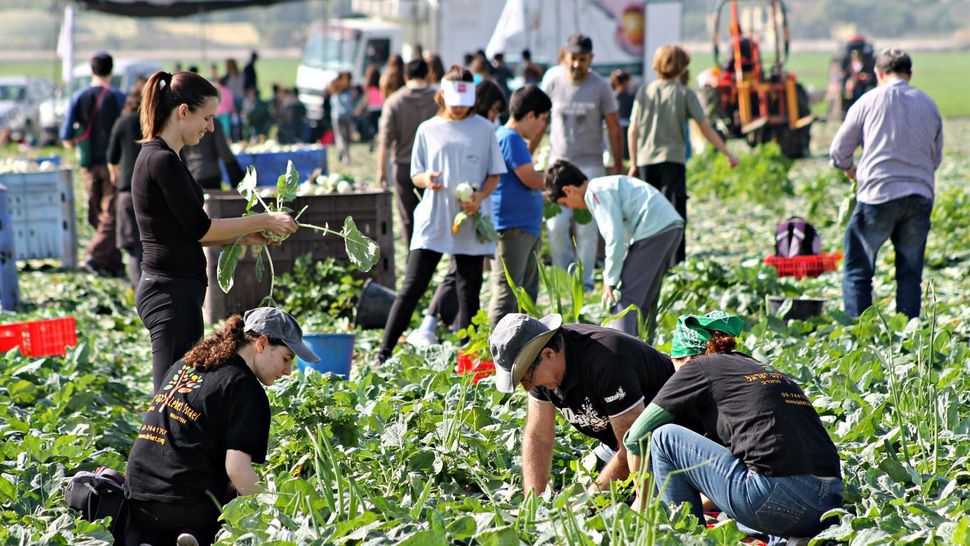 Image by Courtesy of Leket Israel 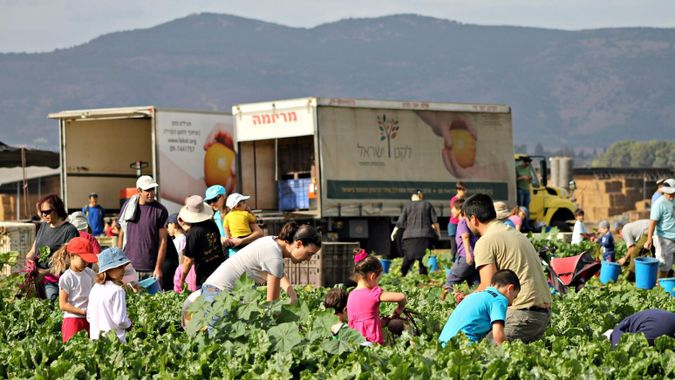 Volunteers at a farm collecting food that will be distributed to the hungry. Image by Courtesy of Leket Israel

Funny how things happen: Forward Editor-in-Chief Jane Eisner sent me an email last spring, asking if I had any interest in covering an Israeli not-for-profit called , the country’s largest food bank and food-rescue network. She had gotten word that its founder, Joseph Gitler, was in town that week for a series of meetings.

I quickly shot back a reply saying that yes, I would love to. I explained that I happened to be friends with Gitler’s brother, Avi, who owns an art gallery in my neighorhood. As I told Jane, Joseph and Avi’s mom, Susie, made me mushroom-barley soup when I was sick last summer. I love this family — but I had never met Joseph.

That week, I had a long talk with Joseph Gitler. My interview is transcribed below.

Soon thereafter, I got an email from Leket Israel with the subject line “Purim Sameach from Joseph Gitler.” The message read:

A Mishloach Manot donation has been made to Leket Israel in your honor by: Joseph Gitler

Wishing you and your family a happy, healthy, and joyful holiday. Chag Purim.

What a good idea. Rather than running around with baskets of goodies for friends and family, why not spend a few minutes online, in effect sending food to those who need it most? If this interests you, click here.

And read on to get to know Joseph Gitler and learn about the work of Leket Israel.

You recently came out with the results of a study (with BDO Consulting Group) that found that $4.5 billion worth of food goes to waste in Israel. You were already working on this problem for a long time. Is the problem getting worse? If so, why?

Leket has grown, and some of the projects that we’re known for have gone well beyond what we expected them to be. But frankly, after this report we just commissioned I see that we are so much smaller as a piece of the puzzle than even I imagined.

I’m blown away by the numbers. I was well aware of the poverty numbers and of 35–40% of the food going to waste. But when we translated that into numbers? What’s the tonnage? What’s the economic impact of that? Now that we have those numbers, I don’t even know where to begin. 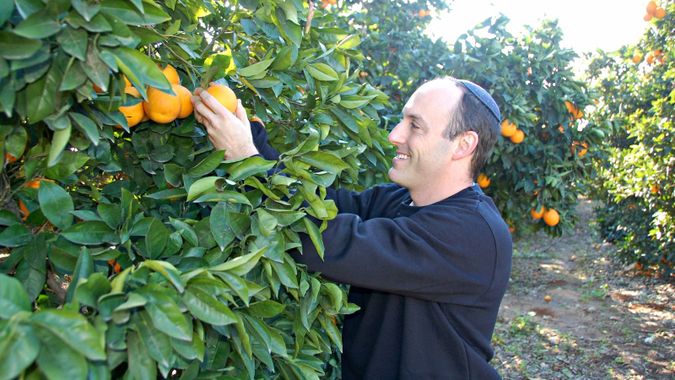 What are you doing differently or in addition as a result of the findings?

So I think there are two parts to your question. Number one is in relation to poverty, and two is in relation to food and food waste. You can have one without the other. Unfortunately they’re generally not mutually exclusive. When it comes to poverty, the stats in Israel have remained fairly consistent. Maybe they’ve gone down a bit. The numbers are so large that it really doesn’t make any difference. Whether it’s 15% of the population or 20%, it’s a very big number. We’re not even getting close. How big do we need to be? The poverty statistic is pretty steady, but I don’t pay much attention to that. As much as we’re doing, it’s not coming close to what the need is. I’m just doing as much as I can.

When it comes to food waste, over the past few years as an issue it’s much more on people’s list. There’s so much more talk about food waste and its impact on the environment. And we’re seeing so many initiatives, worldwide, whether it was Davos, where two things came out: The Rockefeller Foundation is going to be getting into this more than they ever have in the past, and the big government thing, which made this pronouncement that they’re going to try to lower food waste by 50%.

We want the Israeli government to come forward with these kinds of bold pronouncement. If the federal government says we have to lower our food waste by 30 percent, then the federal cafeteria has to do it too.

It helps the issue out and frames the issue. So we’re seeing it all over, attempts to get more ugly fruit into supermarkets.

How do you get the government to help?

There need to be policies in place, whether it’s passing a Good Samaritan law that gives food donors the comfort that should something go wrong with their food that they’ll be protected, to the government thinking about how do they entice farmers to donate to us. What kind of policies can the government put in place to entice farmers to donate food to us? What kind of tax relief can they give?

In France, I don’t know if it’s passed yet, but they said you will be fined if you throw away food. These are the kinds of things.

What are you doing in New York?

I come here every two months or so, usually for fundraising and marketing meetings for Leket. We have a very strong base for support in the U.S. and certainly in New York, whether they support our work as fundraisers or volunteers or people who just want to know about the issue of poverty and food waste in Israel. I run around a lot when I’m here, but I’m so appreciative of the American Jewish community and the evangelical community for what they’re doing here.

You founded Leket Israel in 2003, three years after making aliya. What inspired you?

It was a combination of two factors. One: a life-long concern with waste in every aspect, but certainly food being the type of waste you can’t get away from. Once it’s wasted you can’t get it back. So that was one side of it.

Side number two was that as we got to Israel and as the intifada got worse, and as 9-11 happened, it really disturbed me. I said, I have to do something about it. I was fortunate, I was in a secure place financially, which definitely helped. I was able to stop everything I was doing and focus my energies on this ridiculous problem.

There’s 2.2 million tons of food that’s wasted in Israel. That’s inexcusable. Who gives us the right to waste?