From the West Wing: The Next Big Bagel Reveal 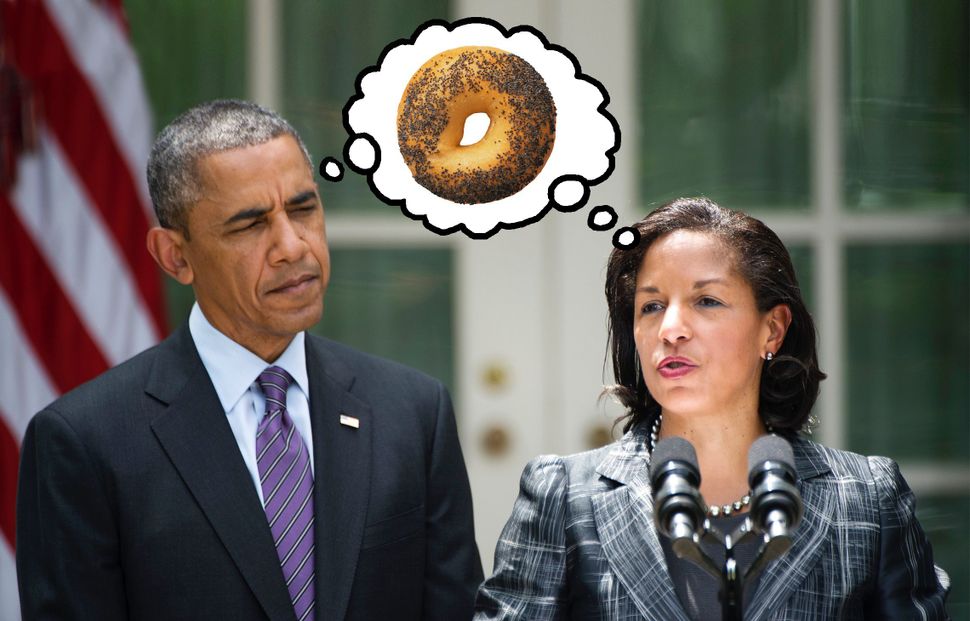 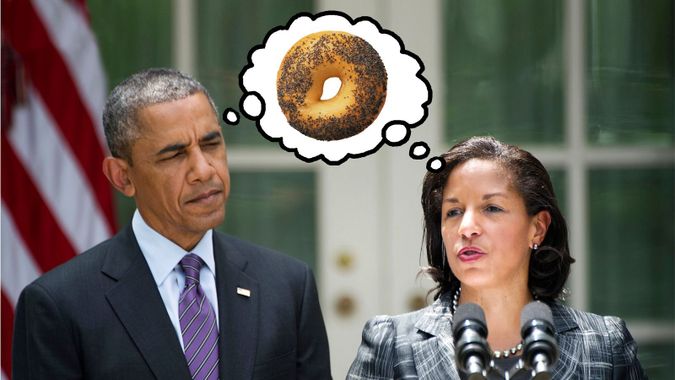 Finally, I got Susan Rice to laugh. And it was about a bagel.

It was at the end of our discussion Monday in her White House office, about the Israeli-Palestinian peace process and U.N. resolutions and so forth. She is as composed and restrained as you would imagine for someone who spent more than four years at the United Nations and now three years as National Security Advisor – even more so, given her inscrutable demeanor and the sense that she does not tolerate fools gladly at all.

So I needed to inject some Jewish warmth and humor into the room. I asked her about her favorite bagel.

After all, this question worked brilliantly when I posed it to President Obama in the Oval Office last year, at the end of my historic interview with him. Not only did he reveal that his favorite bagel was poppyseed, he reminisced about his days as a college student at Columbia walking down Broadway to H&H bagels to buy one, then expressed shock that that branch of the iconic bagel factory had closed.

We even discussed his favorite topping. (“Just a schmear.”)

For some reason, Rice was unaware of this bit of news about her boss. So when I asked her for her favorite bagel, the answer surprised us all.

And this is when she laughed. Not just laughed – but leaned forward in her chair and clapped and smiled.

Clearly, the answer to getting ahead in the Obama administration is to share a secret affinity for doughy round bread with little black seeds.

For the record, Rice likes cream cheese, lox, capers and some lemon on her bagel. No onions.

But she didn’t say schmear.

From the West Wing: The Next Big Bagel Reveal