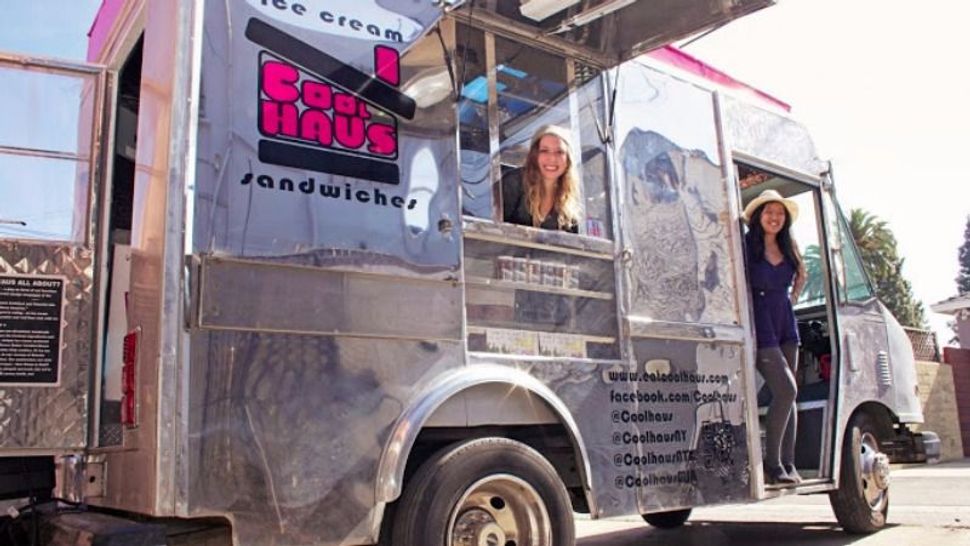 Image by Courtesy of Coolhaus

The cookie-and-ice-cream flavor combos, which are rolling out via ice cream truck starting Monday, June 27, are inspired by snacks served on Delta Air Lines flights (specifically pretzels and Biscotti cookies).

American Express and Delta Airlines have joined forces to host what’s being called the #DeltaAmexPerks Coolhaus Ice Cream Tour, where Coolhaus co-founder Natasha Case and Bravo executive producer Andy Cohen will “reward” Delta SkyMiles Card Members in nine major cities across the country with a free ice cream sandwich. One of the two flavors will end up on the Coolhaus menu at the end of the tour.

First stop is Chelsea Triangle in Manhattan’s Meatpacking District, where the truck will park on Monday from 11 a.m. to 5 p.m. On Wednesday, June 29, it will be in the Flatiron District from 11am-1pm (on 23rd St. between 5th and 6th Avenues) and in Columbus Circle from 2–5 p.m.

The truck will be in Nashville, Tennessee, on July 3 and 4 before heading to Durham and Raleigh, North Carolina, then through the Midwest en route to L.A., Salt Lake City, and the Pacific Northwest, where the tour ends in Portland, Oregon, in mid-August.