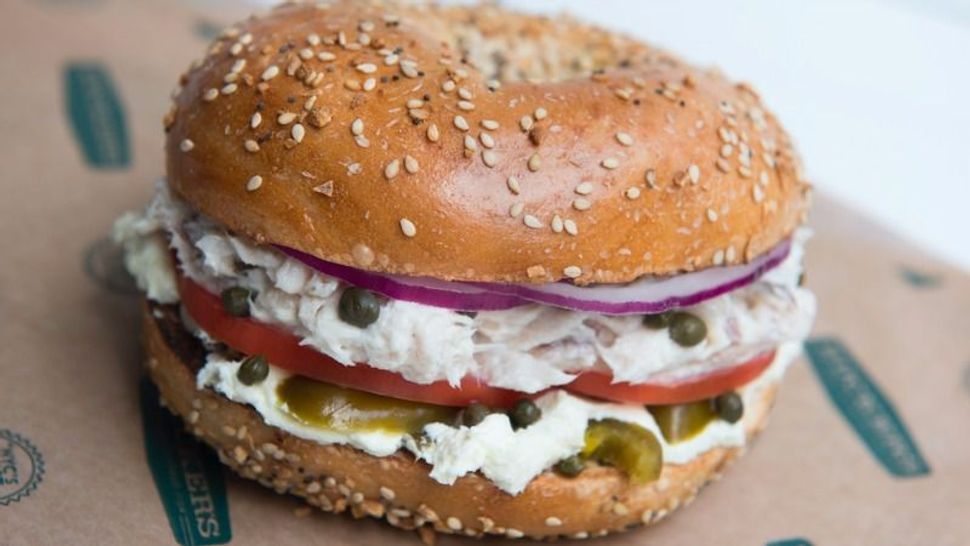 Zucker’s Bagels & Smoked Fish in New York is taking the haute couture approach to bagels for its 10th anniversary. 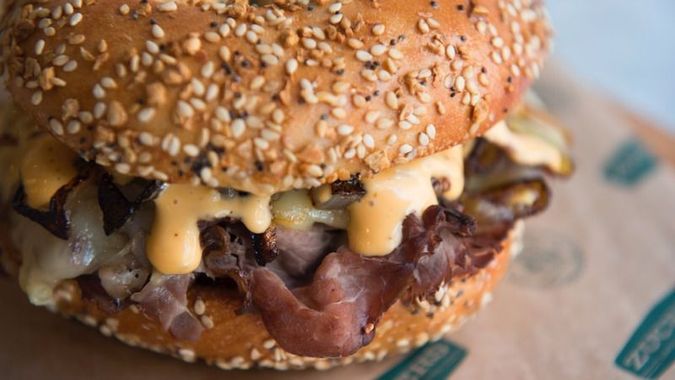 The Tribeca shop has unveiled 10 signature sandwiches from fancy Big Apple chefs. Think whitefish salad with jalapeño cream cheese from Marc Forgione or pistachio pesto with mortadella, taleggio and arugula on an everything bagel from Landmarc’s Marc Murphy. 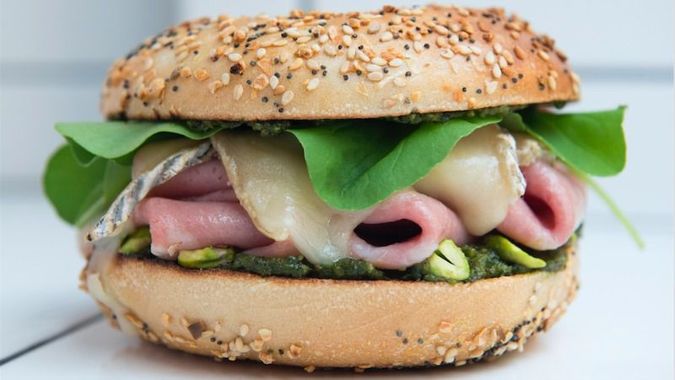 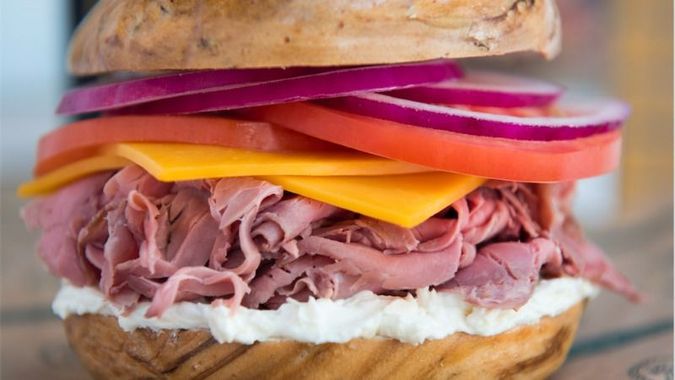 Ron Silver of Bubby’s created this meaty mouthful. Image by Courtesy of Zucker's

Other chefs who got in on the bagel-designing action include Tom Colicchio of Fowler & Wells and Colicchio & Sons, Vincent Nargi of The Odeon and Richard Corbo of Tribeca Grill.