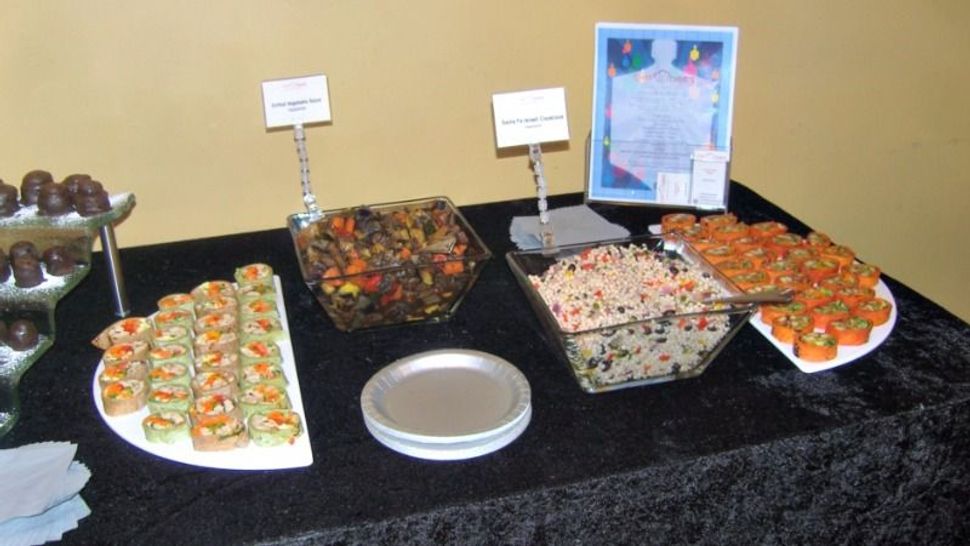 A spread of kosher wraps and salads from Chef Dave’s Catering, similar to what’s on offer at the Republican National Convention this week. Image by Courtesy of Chef Dave's Catering

As the Republican National Convention winds down, it’s safe to say that some of what went down wasn’t exactly kosher. But the food was a different story.

A pop-up from Chabad is supplying kosher-keeping conventioneers with eats from Chef Dave’s Catering, a kosher catering business based in suburban Beachwood. Breakfast, lunch and dinner are being served, along with to-go items, according to Cleveland Jewish News.