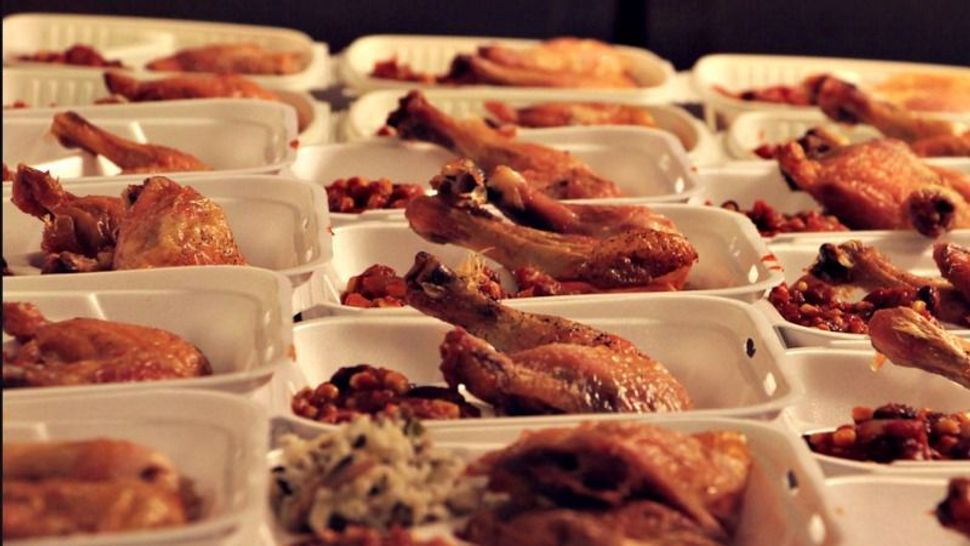 They don’t have the option of requesting kosher meals on flights.

But more than 100 prisoners at a Scottish jail said they have converted to Judaism, just to get kosher meals, which they think are “nicer,” according to prison spokesman Tom Fox of Glenochil Prison in Clackmannanshire, Scotland.

Fox told Israel Hayom that he warned the prisoners they may regret their request — as the Jewish palate is not necessarily compatible with the Scottish one.

“They assume that from now on they will receive better food, but that is not always the case,” he said.

Kosher meals, which are outsourced, cost much more than standard prison fare. But that won’t stop the prison from providing them. Even though only nine Jews were incarcerated in Scottish prisons between 2013 and 2014, “By law the prison is required to provide the kosher meals to the prisoners if they identify themselves as Jews,” Fox said.

More of the Week’s Dish:

A Critique of Food Evolution

It doesn’t specifically address the Jewish food revival, but the East Bay Express’ cover story this week, Cooking Other People’s Food: How Chefs Appropriate Bay Area ‘Ethnic’ Cuisine, should interest anyone who follows Jewish cooking or the evolution of the Jewish food scene.

The rest of the headline: “It’s time to talk about pedigreed restaurateurs that co-opt traditional eats — and how the food-media hype machine enables cultural erasure.”

DC’s On Rye Is on Schedule

On Rye, which has been operating as a pop-up in Washington, DC, is promising hungry fans that its new Chinatown sandwich shop will open before the end of the year.