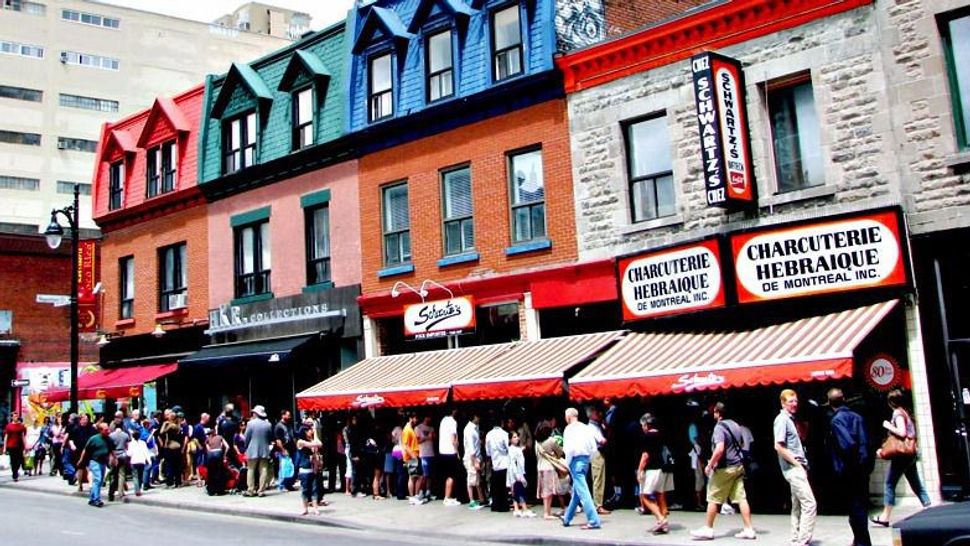 Image by Courtesy of Schwartz's

I was thrilled to read Worshipping at Montreal’s Temple of Smoked Meat, by Michael Kaminer, Wednesday, September 7, 2016.

I have visited that mecca many times and it is a religious experience in the best sense. My uncle was a cantor at one of the synagogues in Montreal. Every time I would visit Montreal I made it a point to have meals at Schwartz’s. The line outside even in the cold did not reduce my determination to enjoy that special dining moment.

My uncle survived the Holocaust with his sister (my mother) and another uncle. The older I get the more I realize their survival was against the odds. Only 1 in 10 of the Latvian Jews survived. My uncle from Montreal died a few years ago and I asked my cousins if they would be upset if I went to Schwartz’s during the mourning period. They said it would be fine. I mourned for him with a full stomach and I think the memory of his life was enhanced by that act.