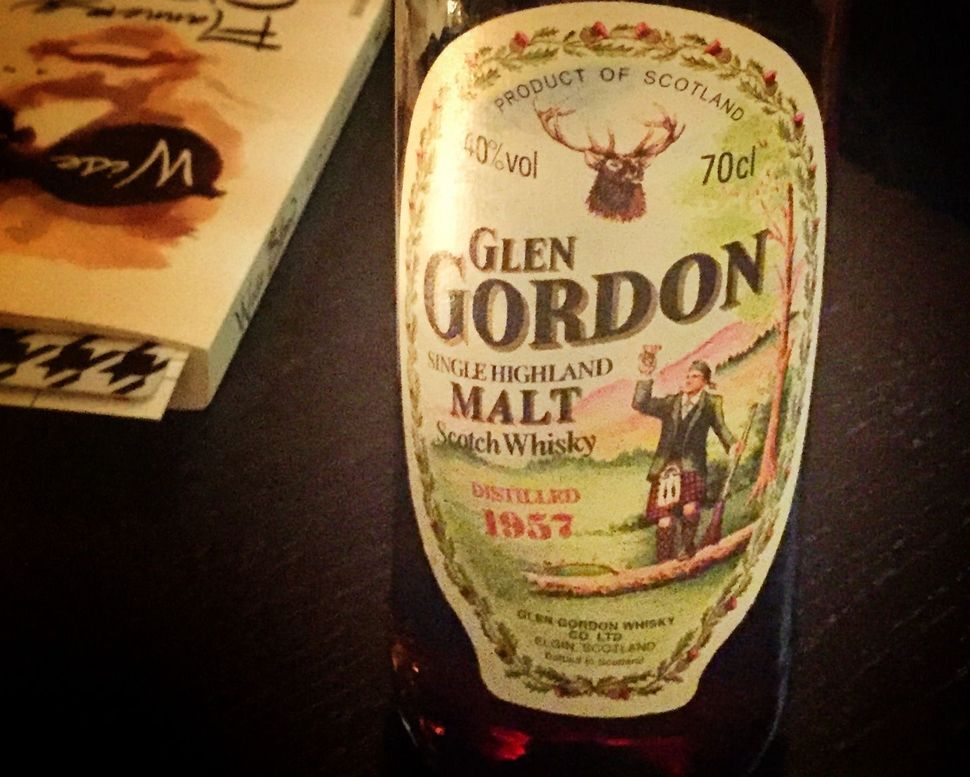 Drinking in Scotland relieved me of some of my aversion to peaty whiskeys. It changed my associations of that smoky flavor from cadavers to Scottish glens.

We were on vacation, staying at the Balmoral Hotel (where J.K. Rowling finished writing Harry Potter) and I was paging through the massive binder detailing their whiskies in the whisky bar there when my eye fell upon Glen Gordon. It captured my attention because Gordon was my original last name — my father who died when I was very small was named Norm Gordon. The bartender explained to me that it was a “bastard malt,” meaning that due to some vagaries of Scottish law, certain batches of whiskey may be disqualified from sale under the regular distillery name.

This remains mysterious to me, but such batches of whiskey may then be sold under an assumed name such as Glen Gordon, a bastard Speyside distilled only in 1957 (and maybe 1958?) but never again. It struck me that the barley from which the Glen Gordon had been distilled was alive when my father was alive. That and the distinctive blood color of the “bastard” made it a little like communion with him (making it a better story for a Christian newspaper than a Jewish one!).

To add to the sense of communion, the whiskey was served to me in a Glencairn glass, which is you probably know like a small cognac snifter — my understanding is that the Scotch whiskey industry invented this glass for promotional purposes around 2001 — and the house I’d lived at with my father Norm Gordon was on Glencairn Road in Shaker Heights, Ohio. Glen means “valley” and cairn means “burial mound.” Mounds and valleys, life and death, me and my father, today and yesterday, all swirled together in the unholy communion of a glass of bastard whiskey…

I don’t remember exactly what it tasted like (which is in some ways fitting given the context of a father I can’t exactly remember) except that it seemed very subtle. It was like talking to an older gentleman who had seen much of the world and thought much about it and refined his long experience into a complex reticent wisdom.