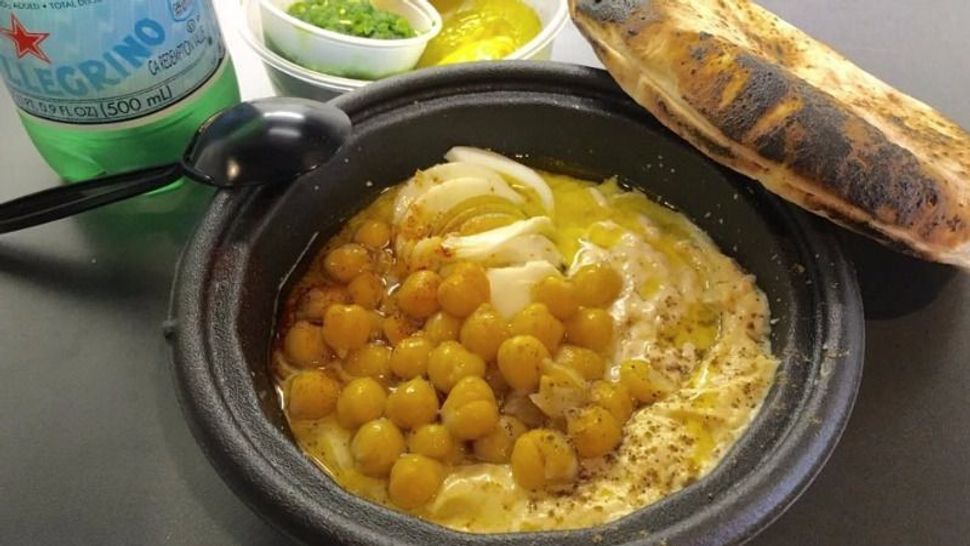 Adea’s is about to cast a spell on Salem, Massachusetts; it’s the town’s first kosher restaurant. Still in what sounds like a soft opening, Adea’s serving a very focused takeout menu of hummus, Israeli salad, Jerusalem bean soup, shakshuka, and falafel.

The restaurant’s also looking to raise $18,000 through a GoFundMe campaign. Fans have ponied up $3,000 to date. 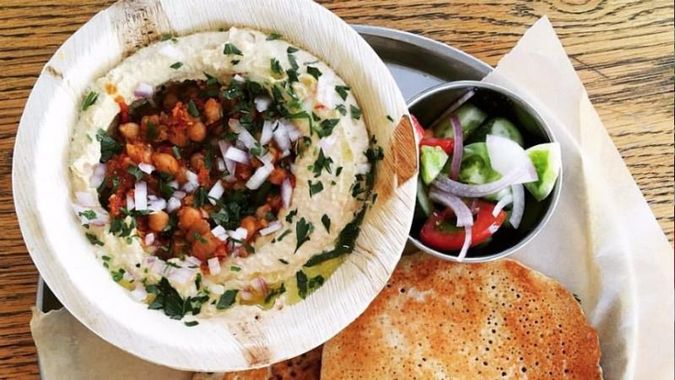 Delicious hummus with veggies and pita from Dosa Bar. Image by Facebook

Kosher South Indian cuisine has landed in North Tel Aviv. Dosa Bar “serves Indian fare ignored by most other restaurants,” says The Jerusalem Post, including daily thalis, dosas and gluten-free, vegan desserts. Dosas here are made of fermented batter of urad lentils, small black beans that are yellow inside. 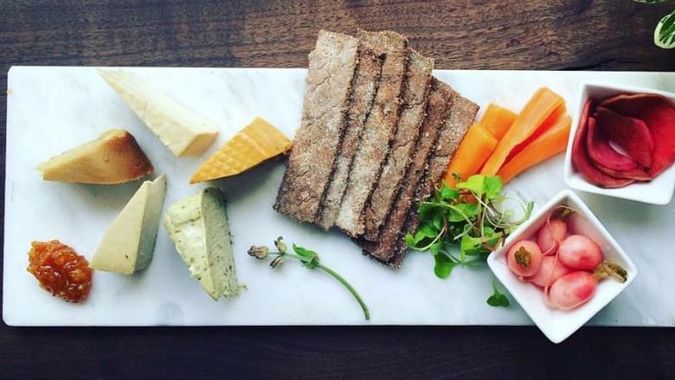 Serving Up Mitzvahs in New Paltz

“I wanted to make it because my mom taught me to do a mitzvah, big or small, every day, so I thought it would be a nice way to promote some good deeds in our community,” owner Lagusta Yearwood told the Forward. “With our little coffee shop, we wanted to bring high quality treats that are made ethically to New Paltz and to create an atmosphere that’s peaceful and tranquil to enjoy them in. The Mitzvah Wall is nice because it allows people to treat their friends and customers to something that could brighten their day.”

Yearwood’s vegan empire started with a small confectionary; its sibling now serves soups, salads and sides, too, most made with local produce. 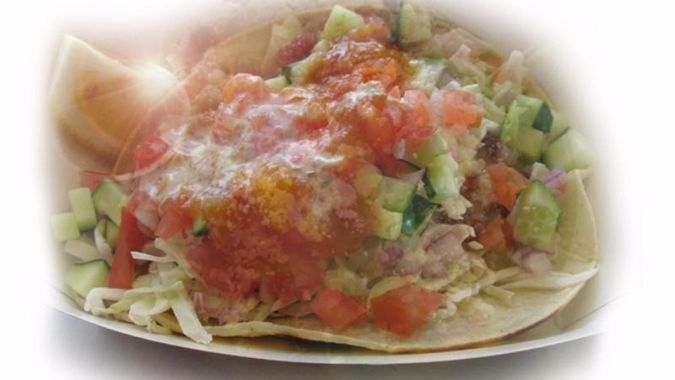 A fish taco from the late Fish Plate. Image by Courtesy of Fish Plate

Food Events This Week at 92Y

If you’re in New York this week, the 92nd St. Y’s got two terrific food events to catch.

This Thursday September 29, Roger Horowitz, the author of “KOSHER USA: How Coke Became Kosher and Other Tales of Modern Food,” will illuminate the journey of kosher food through the modern industrial food system. There’s even a kosher-goods tasting from Manischewitz. It’s $25.

Stick around until 7p.m., because food historian Francine Segan will explain how to evaluate honey through color, aroma and flavor; how to cook with it; and will explore its fascinating history. Know what you’re dipping your apples in this year. $45 for the program.