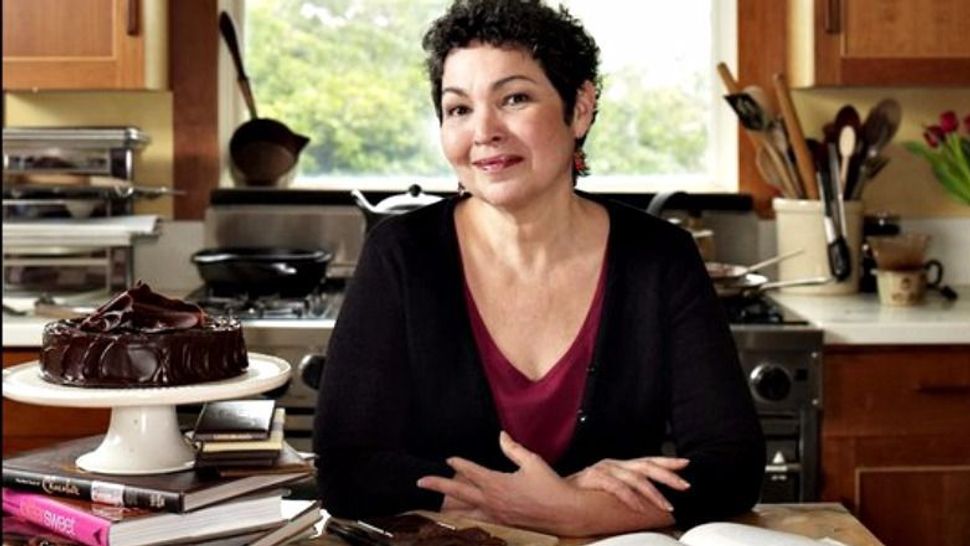 Alice Medrich, chocolatier, author and creator of the “American” chocolate truffle, was instrumental in bringing awareness of artisan chocolate to the United States. In 1973 she promoted the appreciation of dark chocolate, attention to cocoa percentages and awareness of quality chocolate. She opened a chocolate and dessert store in the San Francisco Bay Area in 1976 and called in Cocola. (She made up the name to sound like a child speaking French. She sold what developed into a chain of seven Cocolat stores in 1989.)

Medrich has appeared on the Food Network’s Chef Du Jour and Baker’s Dozen, Julia Child’s PBS series Baking With Julia and Joan Nathan’s Jewish Cooking in America. She has received several Cookbook of the Year awards from the James Beard Foundation and the International Association of Culinary Professionals.

I reached out to Medrich with a few questions, and in particular to find out what she recommended for dessert this Rosh Hashanah.

I see that your books contain some recipes for Jewish holidays. I wonder if you might share how your Jewish identity connects to your work in chocolate.

I’m a very secular (California) Jew, but always interested in the cultural aspects (particularly food ways) of Judaism and Jewish communities. When I travel I always want to see what there is, or remains, of Jewish life — synagogues, ghettos, Jewish quarters, restaurants, etcetera. I was fascinated to learn about the history of Jews in chocolate, but I can’t say that I see a connection between my own involvement with chocolate and the fact that I am Jewish!

When it comes to preparing a Rosh Hashanah treat, you recommend the chocolate-dipped honey caramel apples. Why?

They are delicious — we cut them in wedges, rather that trying to take a giant bite out of them! — and the caramel is made with honey, so you get your apple, your honey … and your chocolate!

How have chocolate trends evolved in the United States in recent decades?

The first wave of the chocolate revolution (in the late 1970s and the 1980s) was all about what we were doing with chocolate — the kinds of recipes and desserts we were making with it. Instead of sweet American candy and fluffy chocolate cakes, it became about the chocolate, such as truffles and flourless chocolate torte, all of those more European desserts that were more chocolaty and less sweet. My Cocolat stores were extremely important to that phase. The next wave reinvented the chocolate itself and that came about when people like John Scharffenberger started making craft chocolate. I was lucky to have been there from the beginning. We redefined chocolate by being transparent about cacao percentages. Until then no American chocolate was labeled with that information and consumers had no understanding of the impact. There needed to be education. I knew that chocolate in America was changing.

Rabbi Deborah R. Prinz travels the world sharing stories about chocolate, cultures and convictions. More about chocolate’s connections to Jews, along with historical and contemporary recipes, may be found in “On the Chocolate Trail: A Delicious Adventure Connecting Jews, Religions, History, Travel, Rituals and Recipes to the Magic of Cacao.” Prinz also blogs at The Huffington Post and onthechocolatetrail.org. Her current project melds a hunger for chocolate with little known narratives and recipes related to women.