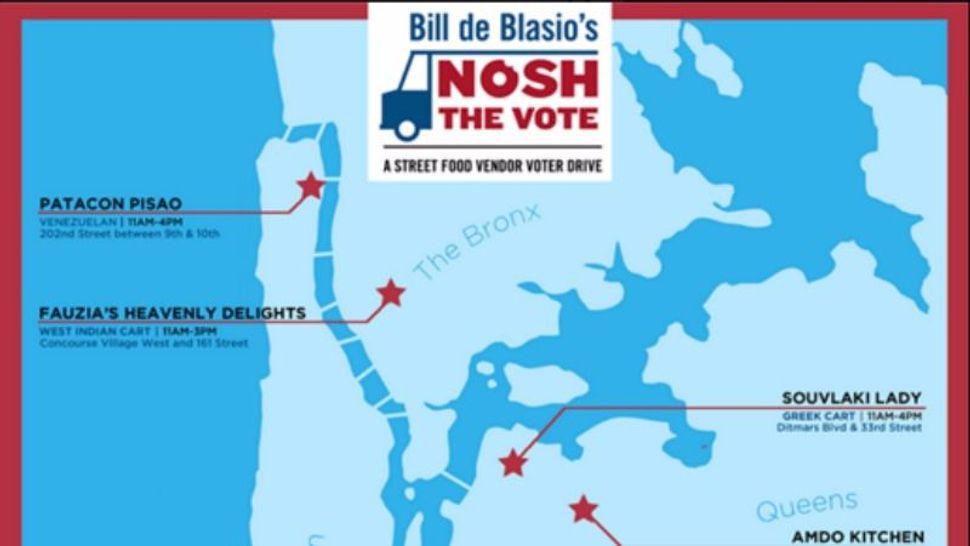 A map of street vendors who will be giving out voter registration forms through October 14. Image by Facebook

Some inalienable rights with that falafel?

In what we think is a first-ever pairing of voting rights and food, the City of New York this week launched a campaign enlisting food trucks and street carts to distribute voter-registration forms.

#NoshtheVote was created in partnership with the Urban Justice Center’s Street Vendor Project. Friday October 14 is the last day for voter registration.

Participating #NoshTheVote vendors ranged from Fauzia’s Heavenly Delights in the Bronx to Patacon Pisao in Washington Heights down to Aly, a Halal food truck on Staten Island.

Bonus: We love that New Yorkers automatically get what “nosh” means.