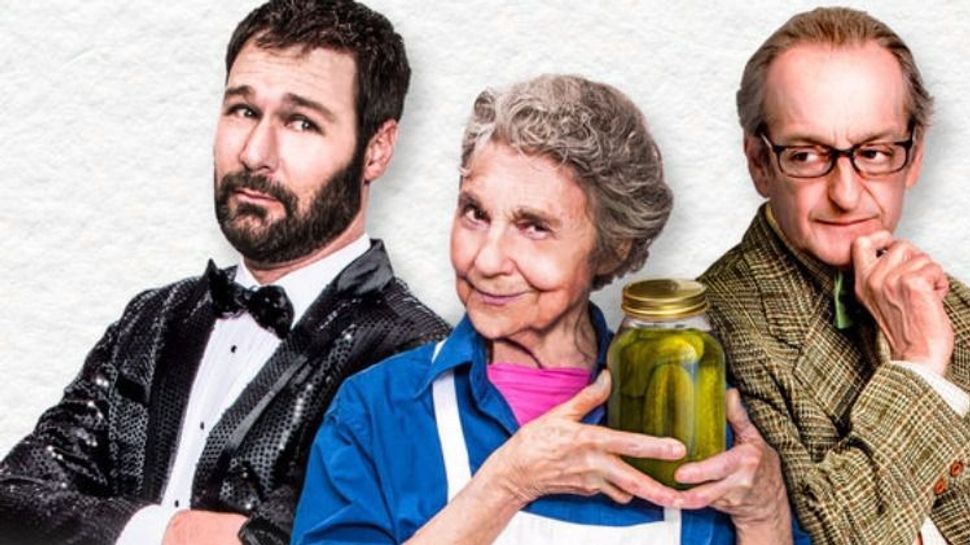 John Dore, Lynn Cohen and David Paymer star in a funny new film about a Jewish family in Detroit and the coveted pickle recipe that threatens to divide them. Image by Courtesy of ‘The Pickle Recipe’

I laughed so hard last night while screening “The Pickle Recipe,” a new film that opens Friday, November 4. Starring the brilliant Lynn Cohen, who played Golda Meir in Munich and Magda on Sex and the City, the movie centers around a dysfunctional Jewish family whose matriarch, Rose, owns a deli in Detroit, where she makes the best pickles in the entire world.

When her grandson Joey, a down-on-his-luck party MC whose daughter is about to have a Bat Mitzvah, finds himself desperate for money, his shady uncle Morty (David Paymer) suggests he steal the pickle recipe, saying he can sell it for a fortune. The problem is that the side-splittingly curmudgeonly bubbe, played by Cohen, keeps her recipe under lock and key, having sworn to take it to her grave.

All sorts of hysterical high jinks ensue — at one point Joey gets an Irish friend who does improv to impersonate a rabbi who offers to hold onto the recipe for safekeeping. The Shabbat dinner at Rose’s, where he makes his pitch, is priceless. 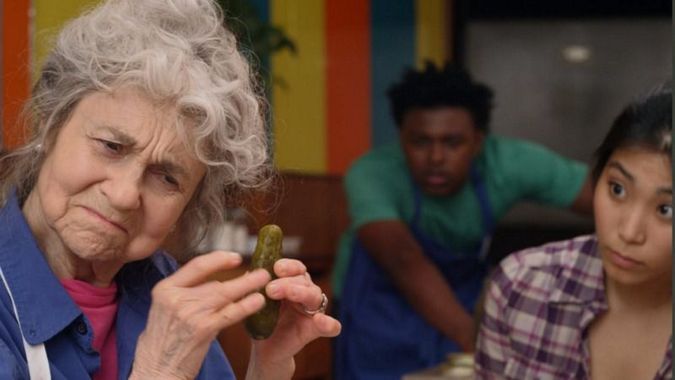 Lynn Cohen plays Rose, who is extremely picky about her pickles. Image by Courtesy of 'The Pickle Recipe'

There are plenty of relatable, touching and thoughtful moments too, with some pretty astute-if-exaggerated takes on family dynamics and traditions.

“One of our characters talks about how the people in our lives are the ingredients that make us who we are,” director Michael Manasseri said in a statement. “When something like a recipe is passed down from one generation to the next, it helps us remember people and places, those special moments that are dear to our hearts… and our stomachs!”

You can play the trailer here: