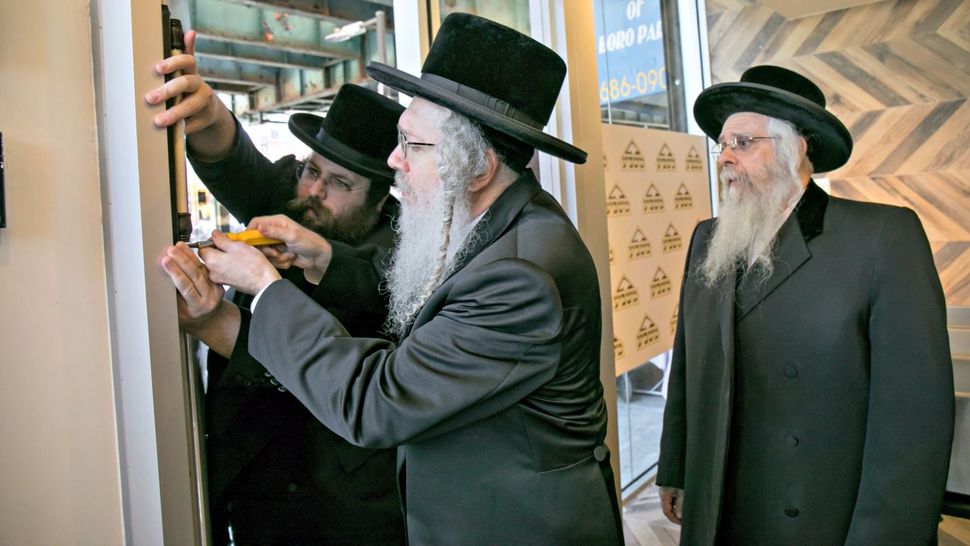 The Boro Park branch of Masbia Soup Kitchen Network finally opened its doors Wednesday night, serving a hearty chicken dinner to a handful of hungry clients, after serious financial constraints resulted in delays over the past several months.

So it was all the more satisfying for Masbia’s tireless executive director, Alexander Rapaport, when on Tuesday night three prominent Boro Park rabbis affixed a mezuzah at the front door. In attendance were the Hivnov Rov, the Rov of 24-hour synagogue Shomrei Shabbos and the Kosov Rebbe, as well as Rapaport and his father, Yosef Rapaport.

“The Boro Park opening was definitely fulfilling and was very exciting to see,” Rapaport said. “The Jewish saying is that Moses brought the first set of tablets with a lot of fanfare and those broke. He went back to heaven to bring a second set, which he brought in a more mundane way and those survived. You can say our second opening in Boro Park was much like the arrival of the second tablets.” 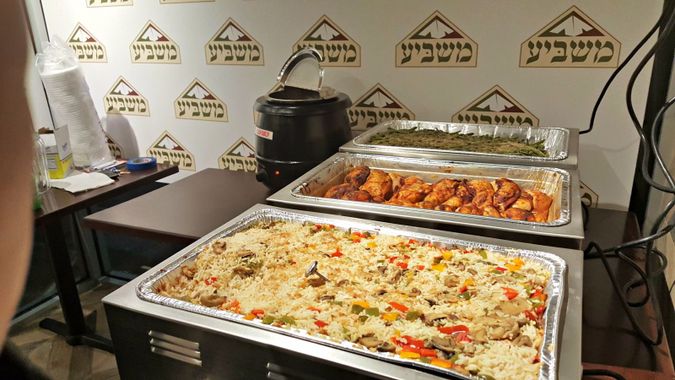 Cash flow is still a major issue for Masbia, Rapaport said, and fundraising continues through Facebook and the Boro Park location’s website. “Boro Park is finally open but now Queens is operating out of a truck in front of the old storefront, waiting for the new site to be renovated.”

Masbia is a unique type of soup kitchen in that it serves hot kosher meals to the hungry (of any religion) in a restaurant-like setting designed expressly to preserve the dignity of its clients. (It also provides bags of groceries to take home.)

In 2016, Masbia has given out over 2 million meals, according to Rapaport.

Liza Schoenfein is food editor of the Forward. Contact her at [email protected] and on Twitter, @lifedeathdinner