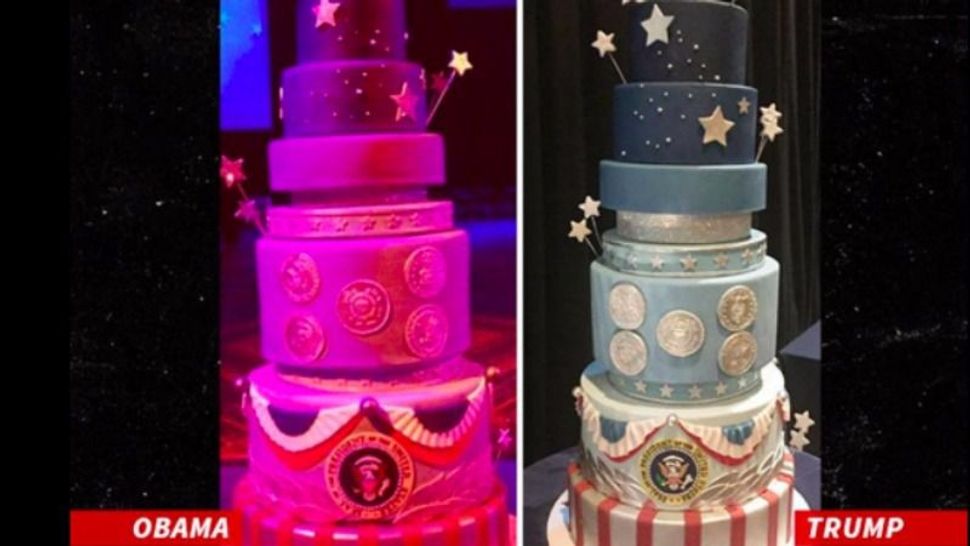 While President Donald Trump promises to take the country in an entirely new direction, the cake he sliced with a sword at an inaugural ball Friday night told a different story. It was a copy of the cake Jewish pastry chef and Food Network star Duff Goldman made for Barack Obama’s second inauguration in 2013.

As soon as Goldman saw the cake, he Tweeted side-by-side images with the caption: “The cake on the left is the one I made for President Obama’s inauguration 4 years ago. The one on the right is Trumps. I didn’t make it.” 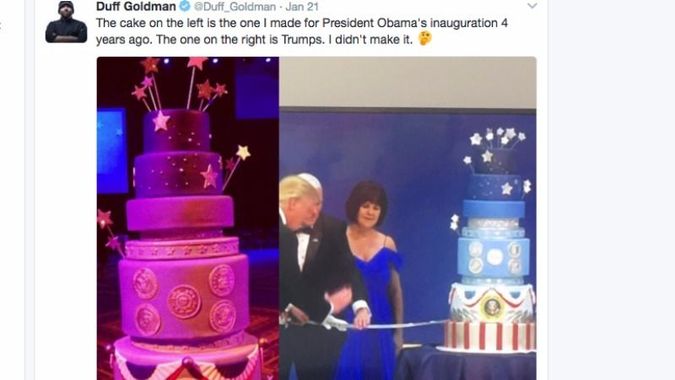 Food Network star pastry chef Duff Goldman noticed that the cake Trump sliced at an inaugural ball was a replica of the one he’d made for Obama’s second inauguration. Image by Twitter/Duff Goldman

Indeed it was, except for a small slice at the bottom, confirmed the baker, Tiffany MacIsaac, owner of Buttercream Bakeshop in D.C. She told the Washington Post that the order for the cake came with an image of the one from Obama’s inauguration and instructions to replicate it, though mostly in Styrofoam.

This is the second time that a Trump has plagiarized from the Obamas. First Lady Melania Trump lifted passages of her speech at the Republican National Convention from one given by then-First Lady Michelle Obama. And Trump’s pick for a top National Security position, Monica Crowley, recently declined after she was charged with plagiarizing parts of her 2012 book, “What the (Bleep) Just Happened?” as well as large chunks of her Ph.D dissertation at Columbia University, which was called “Clearer Than Truth: Determining and Preserving Grand Strategy: The Evolution of American Policy Toward the People’s Republic of China Under Truman and Nixon.”

Many Americans might encourage the Trump administration to keep up the copying — the Obama’s probably wouldn’t mind at all.