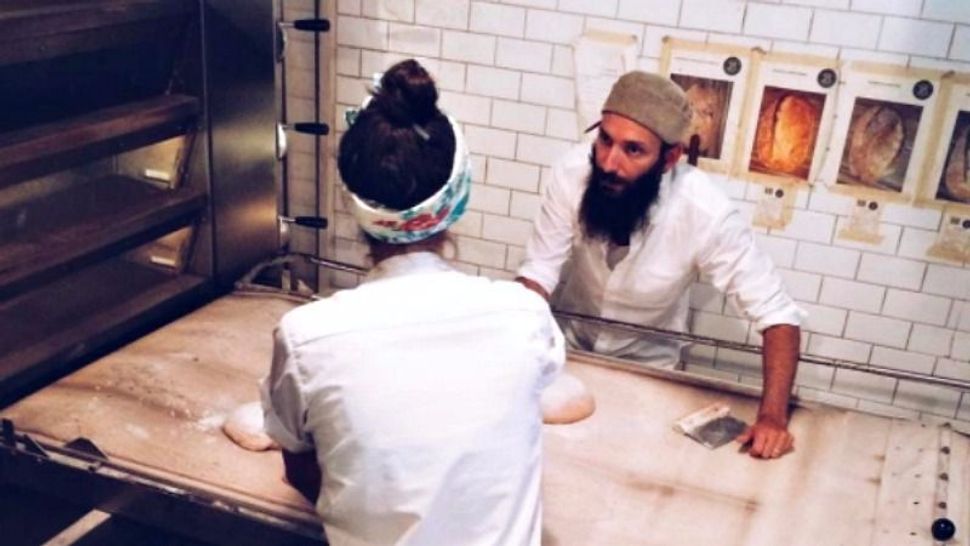 Zak Stern, AKA Zak the Baker, making bread at the bakery. Image by Facebook/Zak the Baker

Zak Stern can understand why a Miami newspaper called his new deli “New York-style and Florida-sourced.” But the cheerful, soft-spoken proprietor of Zak the Baker says they got it wrong.

“It’s what my ancestors would have opened if they’d landed in Miami instead of Ellis Island,” Stern said. “Ashkenazi Jewish food, but with fish and vegetables from here.” So for his gefilte fish, Stern’s using local chumfish such as Florida carp. In his smoked whitefish sandwich, the star is a local fish called blue runner, “which fisherman use to catch bigger fish,” he said laughing. “It’s bait.”

But meat’s the main attraction. “Our corned beef is our signature. It’s just bread and meat — very basic, but so delicious,” said Stern, who will continue operating his hugely popular bakery, also called Zak the Baker. “We do all the butchering, brining and braising in-house. It’s a seven-day process, and it leaves the meat extremely tender.” Served on Stern’s pillowy sourdough corn rye bread, the heaping sandwiches come with brined cabbage, pickled green tomatoes, dill cucumbers and house-made grain mustard.

To create the deli’s menu, Stern tapped Melissa Sosa, his chef at the bakery. “A lot of the R & D [research and development] has been on her side, getting to understand what this food means on technical and cultural levels — where it’s coming from, and how we can make a deli that’s true to its location.”

In fact, while the deli is situated in the white-hot Wynwood section of Miami, it’s closer in spirit to late, great South Florida delis like Pumpernik’s, Rascal House and Wolfie’s, Stern said.

“My grandmother, like everyone’s, lived in Delray Beach,” he continued. “We’d go up regularly and eat stinky fish. I have memories of things smelling so pungent — herring, whitefish, chopped liver, those strong smells of deli. I loved how soulful it was. Everything came in quart containers. It was just so haimish. Miami’s not famous for soulfulness. We’re famous on surface for our sex, money, boom-boom and cars. But this is Eastern European shtetl food with soul.”

His own soul gets nourished by the food he’s serving. “As a Jewish guy who doesn’t connect through praying to God, I find it easy to connect to my identity through food,” he said. “It may sound superficial to someone like my wife, who’s religious. But it’s my way of understanding my food.”

Stern said it’s taking a little work to bring some of his loyal bakery customers around to the deli. “A lot of customers are very disappointed they’re not getting avocado toast, which we used to do,” he says. “We did a 180 from the old menu. But most people who come through here really enjoy what we’re doing.”

They’re also grateful that Stern’s maintaining a connection to Miami’s Jewish soul, which big money and voracious real-estate hunger has almost completely pushed out.
“One woman told me, ‘this place makes me proud to be Jewish.’ I thought that was the most touching thing to hear,” Stern said. “For me, that was the point — for someone to connect with being a Jew, however they can.”