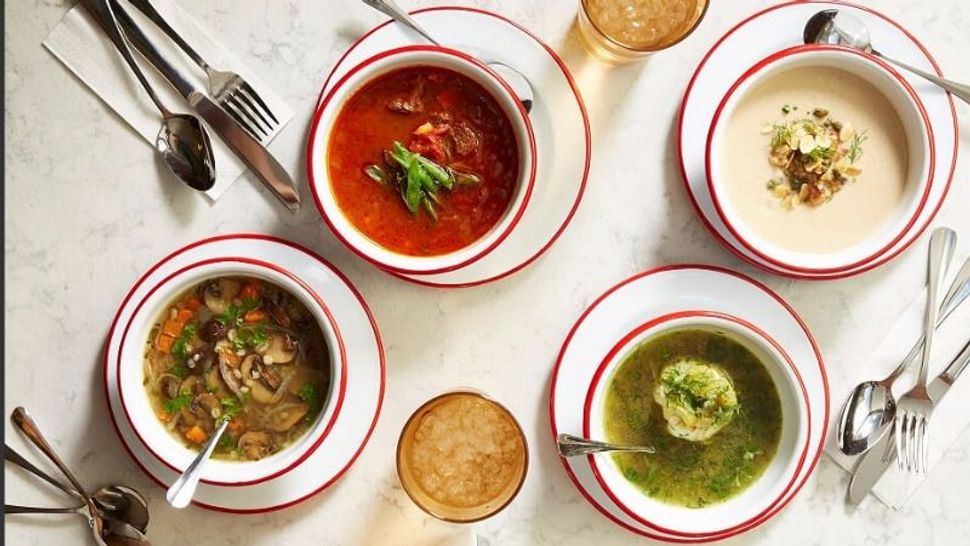 But unlike its siblings, including hotspots Abe Fisher, Dizengoff and Zahav, Rooster Soup Company won’t earn CooknSolo a cent.

Instead, the eatery’s profits will benefit Broad Street Ministry, a local organization that helps Philadelphians struggling with “deep poverty.” Rooster Soup Company is the first restaurant whose take will entirely support a non-profit partner, its founders say. 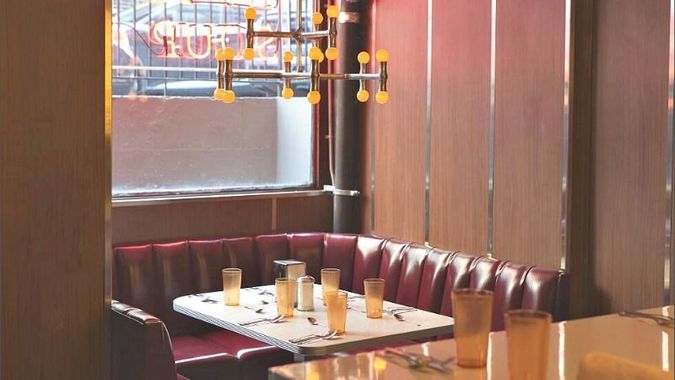 Though it took nearly two years to pull off, “the project came along pretty organically,” CooknSolo co-founder Steve Cook said. “I’d become involved with the Broad Street Ministry’s Hospitality Initative,” which serves professionally prepared meals to people in need. “I saw obvious parallels to what I do in my job, and was very moved.”

At the same time, said Cook, “We opened a tiny, out-of-the-way donuts and fried chicken place called Federal Donuts. We were overrun from day one. We had to figure out fast how to keep up with demand.” A commissary kitchen was the answer. “We realized that for the first time, we’d be buying whole chickens and breaking them down ourselves. There’s a lot of great product, but also byproduct.”

A lightbulb went off for Cook and partner Solomonov. “Being Jewish, what do you do with chicken bones? You make soup,” Cook said. “We started thinking, what if soup became what Broad Street did?” A Kickstarter campaign, and $180,000 in pledges, followed; the search for a space took nearly two years.

Rooster Soup Company, located down a flight of stairs in a former kebab joint just a block from Abe Fisher and Dizengoff, is the result.

Sandwiches like bacon, latke and tomato with chive (“It’s half-kosher!” Cook joked) come on house-made challah. And Southern-inspired egg-and-cheese biscuits and grits, a tip to Chef Erin O’Shea’s Southern lineage. To power its menu, Rooster Soup is repurposing more than 500 pounds of spare chicken parts every week into broths and other menu backbones.

Along with its Jewish-flavored menu, Red Rooster’s also launching with soul, said Cook. “My father’s a rabbi. My brother’s a rabbi. My uncle’s a rabbi. I’m the black sheep of the family,” he quipped. “Judaism’s always a big part of my life; I connect to it through food, and we explore that in our restaurants.”

A big part of the project “is definitely a kind of tikkun olam,” Cook said. “What kind of city do we want to live in and do business in? We’ve been really, really lucky. But if you walk out of one of our restaurants, you can see people who are suffering next to the affluence. Real hospitality is not transactional. It’s fundamental to how we act as human beings. And a lot of people never get to experience that.”