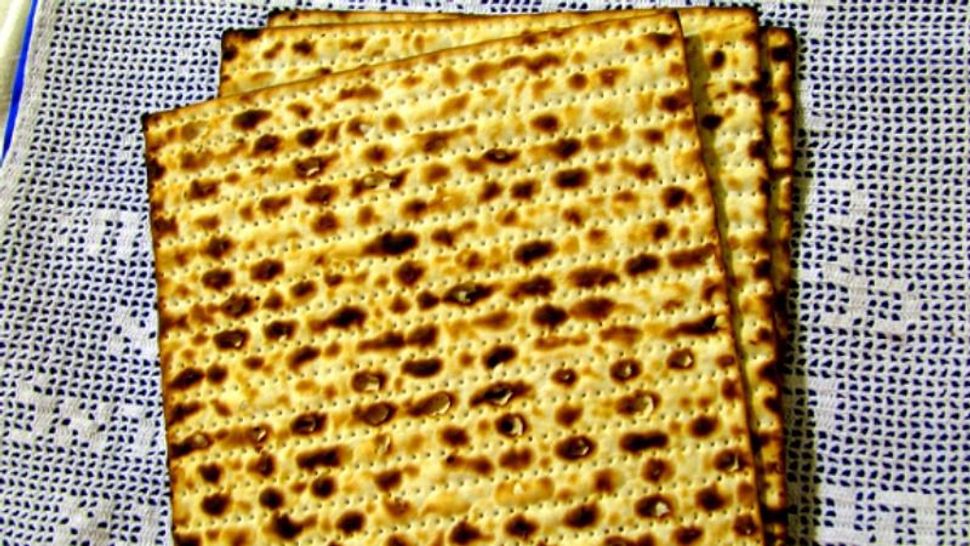 If the head of a major Polish TV station is to be believed, Jews are behind anti-government protests in Poland — and are handing out matzo outside Parliament to egg on demonstrators.

Those are the allegations that were made in a poem written and read on Poland’s state-funded TVP2 television network last week by Marcin Wolski, the station’s director.

But Polish Jews turned Wolski’s words into poetic justice. Community leaders sent the broadcaster a box of matzo last week — along with a pamphlet on how to combat anti-Semitism.

“The local Jewish community has been going through turbulent times regarding anti-Semitic incidents in the country,” Anna Chipczyńska, president of the Jewish Community of Warsaw, told the Forward by e-mail. “More and more people are reporting to us their concerns and instances of hate speech they personally experience. We believe that speaking against anti-Semitism is a crucial issue at the moment. We cannot stay neutral in situations that are unjust, defamatory, illegal and promote anti-Jewish attitudes in the society. We all know where they can lead to.”

Chipczyńska and community leaders also filed an official complaint with the Polish National Broadcasting Council. “It has notified the Jewish Community of Warsaw it will and deal with the complaint within two months,” she said.

The community’s anger was shared by other Polish organizations, according to the Israeli news site Arutz Sheva, which first reported the incident. Poland’s Monitoring Center on Racist and Xenophobic Behavior, a nonprofit that monitors hate speech in Poland, used even harsher language in a statement about Wolski’s poem.

“We know such rhetoric from history,” the center wrote in the statement. “Pointing to the Jews as the enemy has a long tradition — applied by the [German] National Socialist party. You, Wolski, should know the history and the consequences of anti-Semitic actions — also in communist authorities driving out of thousands of Polish Jews from the country in 1968 — yet you indulge in such hate speech.”

In what may be a related development, the Monitoring Center’s offices were raided this week amid allegations of fraud by Polish authorities.

In the meantime, Chipczyńska said the Jewish community is already dealing with a backlash to its action. “Polish media have written on the case. These publications were followed by numerous anti-Semitic internet comments and e-mails including the insulting calls to buy plane tickets and leave the country,” she said. “Saying that anti-Semitism and xenophobia are the past and do not affect our lives is simply untrue.”

Still, Chipczyńska said, “We do expect that our complaint will be taken seriously and there will be no permit and zero tolerance for anti-Semitism in Poland.”