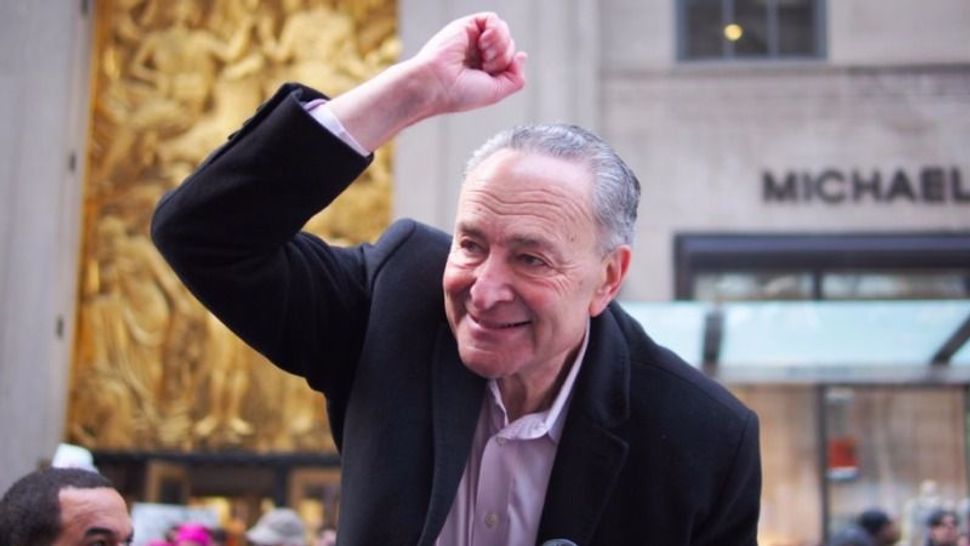 Did the Times err by not making an issue of the fact that Senator Chuck Schumer’s meatloaf recipe contains pork? The Algemeiner thinks so. Image by Liza Schoenfein

On Wednesday, The New York Times ran a story in its food section about a new cookbook by New York Times writers Frank Bruni and Jennifer Steinhauer called “A Meatloaf in Every Oven: Two Chatty Cooks, One Iconic Dish and Dozens of Recipes — From Mom’s to Mario Batali’s” (Grand Central Life & Style). In it, the two discussed the book’s recipes and the people who contributed them — chefs, politicians, friends and family.

On Sunday, the Algemeiner, a publication with a large Orthodox readership, published a piece criticizing the Times for its coverage of the book — in particular, of Senator Chuck Schumer’s recipe, which includes a combination of beef, veal and pork.

“If anyone at the Times wondered even for a second why a Jewish senator would be promoting a recipe for a dish that violates the dietary laws of the Jewish religion, it’s not evident from the story, which portrays the recipe as somehow a perfect fit for the senator,” Ira Stoll wrote.

He goes on to say that while he doesn’t fault the Senator himself — that what he chooses to eat is his own concern — that “as someone who avoids eating pork, I’m baffled that the Times would declare a recipe collection that includes Senator Schumer’s as ‘compelling.’”

“It’s as if the Times editors can’t imagine anyone taking Jewish — or even Islamic — dietary laws seriously.”

But is it, really?

The Times is a secular publication; the piece was about a recipe book. Scads of cookbooks by Jewish authors, covered by the paper, contain recipes with pork, shellfish and other treyf. (These are obviously too numerous to list, but consider, for example, Deb Perelman’s popular “Smitten Kitchen.”)

Famous Jewish delis (not kosher; but considered Jewish by most people), which are also covered regularly, serve turkey and Swiss, Reubens and many other milk-meat combinations. That many Jewish people don’t observe the laws of kashruth may be disappointing to more observant Jews, but it isn’t news; it’s the norm — and therefore probably not worth noting in an article about meatloaf recipes in a mainstream publication.

Those are my two cents. Let us know yours.