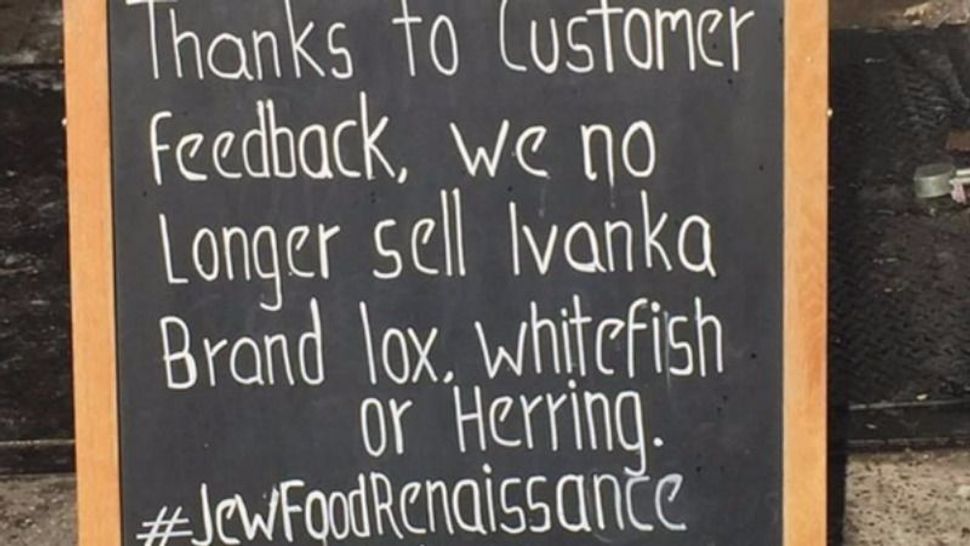 A message outside Shelsky’s of Brooklyn is a ‘sign of resistance,’ according to Peter Shelsky. Image by Facebook

Did another Ivanka-branded product just get dropped by a retailer? Ivanka-brand lox, whitefish and herring apparently will no longer be sold at Shelsky’s of Brooklyn, the smoked fish and appetizing emporium.

If you’ve read this far, you may have figured out that Ivanka smoked fish doesn’t exist, and that Shelsky’s co-owner Peter Shelsky was making a deli-flavored riff on the Nordstrom/Ivanka brouhaha. 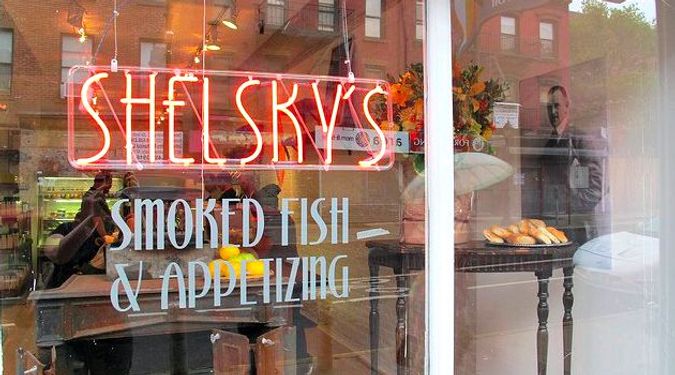 Still, not everyone got the joke, which was written in chalk on a sidewalk board outside the store. “There were a couple of people who actually said, ‘I didn’t know she had a line of lox,’ Shelsky said. “Some neighborhood guy yelled at me, ‘I’m going to boycott your store!’ I said, be my f—king guest.”

The Ivanka sign is the latest in a series of what Shelsky called “resistance signs.” “Generally speaking, they’ve been pretty well received,” he said. “The Administration’s not making it very difficult to come up with new material.”

Previous versions have included “Bacon, ham, shrimp, lobster, #alternativefacts” and “100% of this weekend’s profits to support families of victims of the Bowling Green massacre.” 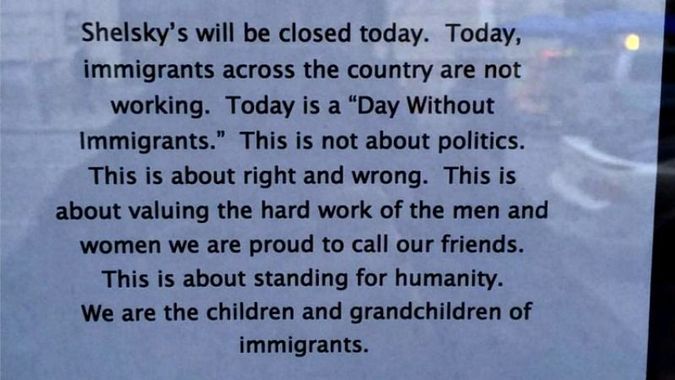 Joining hundreds of restaurants today, Shelsky’s will close for the “A Day Without Immigrants” protest.