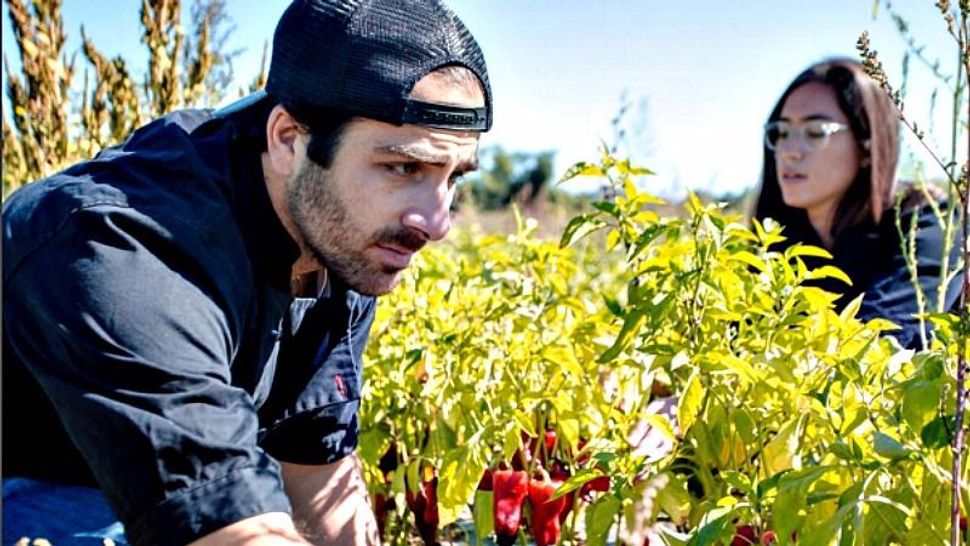 You could say Jon Eisen got his on-the-job training early.

At Between the Bread, the legendary Manhattan eatery and catering company founded by his mother, Ricky Eisen, in 1979, Eisen said he would always do his Hebrew school homework “on one of the café tables, in front of customers.” Chefs would pull him into the kitchen to demonstrate recipes. “There was a subconscious integration of how things work,” Eisen said.

It’s a good thing he did. Eisen is now running the business, which includes three retail locations and a huge catering operation. Revenues have doubled since the 28-year-old took over Between the Bread in 2014. 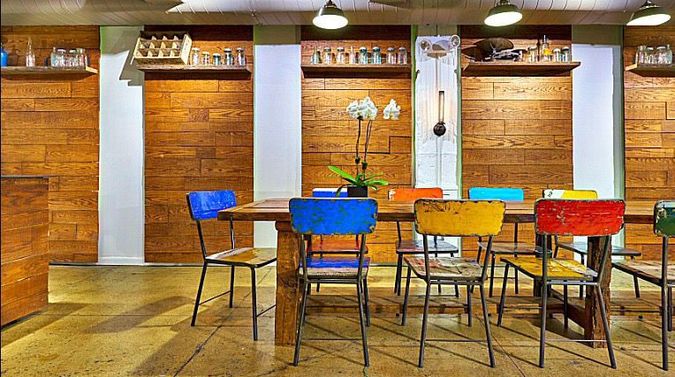 With the newest store, Eisen is also an anchor tenant at a white-hot West Side building tipped to be the next Chelsea Market. The enormous former freight warehouse at 27th Street and 11th avenue once housed the infamous Tunnel nightclub; its official name is Terminal Stores, “but we’re going to market it as ‘Food Tunnel’,” Eisen joked. L’Oreal and Uber have already taken office space upstairs; Hugo Boss, the NHL and Martha Stewart’s company are next door.

Eisen’s own road to the family business wasn’t completely straight. Despite parental nudging to return to the fold, he took a Wall Street job after college. “I’d started receiving familial pressure to become part of company as early as freshman year of high school,” he said.

“My father, who was a partner in the company, stressed the necessity to support our family,” Eisen said. “But I felt pressured initially, and I didn’t think I was being afforded certain freedoms of opportunity kids my age were getting in terms of exploring what they wanted to do.” His father died in 2012, just after Eisen graduated from Columbia. “The organization became a very stable, treading-water kind of place. Nothing was changing or moving forward. Without him there, it became my mother at helm. It was a strange dynamic.”

In retrospect, “the business was like a fifth family member,” he said. “And while we were more culturally than religiously Jewish, that strong bond and the valuing of education extended into the business.”

With his financial training, he also realized that Between the Bread’s tiny retail presence had much bigger potential than his mother had been able to tap while she grew the catering venture. 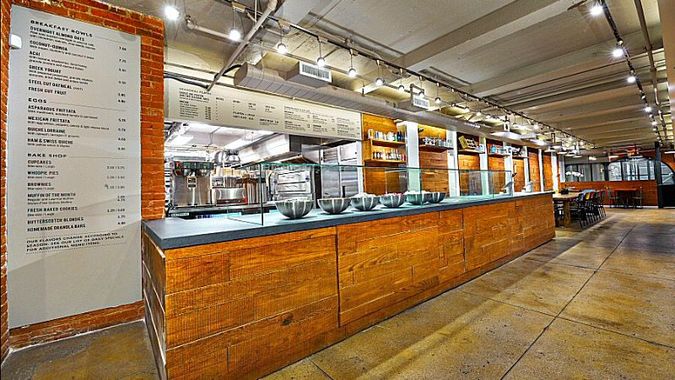 Image by Between The Bread

To build the brand, Eisen exported his mother’s very personal food philosophy to his new restaurants. Ricky Eisen’s focus on local and organic, it turned out, were way ahead of their time. “Between the Bread was one of the first outfits to replace the bland vegetables and rubbery chicken being served at corporate events with fresh and locally sourced grub,” according to a 2015 Crain’s New York Business profile.

Likewise, “we’re a fast-casual restaurant that researches food like a Michelin-starred operation,” Eisen said. “Our food’s much higher-end and more restaurant-quality than other fast-casual places.” Though its lunch menu sticks with staples — like chicken paillard and grilled salmon, both superb — the chicken is antibiotic-free and the salmon is ocean-farmed in Norway. Eisen also jazzes it up with highly seasonal sides. On a recent weekday afternoon, a line snaked out the door. As Eisen watched from a café table inside, he ruminated on some hard lessons from joining the family business.

“My advice for anyone who’s going to go into business with a parent is to set boundaries early on,” Eisen said. “It might be sharp initially to have the boundaries conversation, because it feels irregular. But knowing you have that separation is good for your health and wellbeing. And allowing some transparency around when and where it’s appropriate to communicate is key, especially in a Jewish family with a Jewish mother who likes to hover and inquire.”

Eisen said he sees Ricky “much more than most sons see their mothers. We speak an average of two hours a day. It creates a disconnect when it comes to fulfilling normal son duties, when you have to interact on a more personal level. It’s led to this interesting process where I have to dedicate thought to making sure we’re keeping both our family health in a good state and that we’re working effectively on professional level. We have to separate those out.”

In the meantime, Eisen is scouting for more retail locations. The brand may even expand up and down the East Coast, and Eisen has his eye on opening a sit-down restaurant.

“What we’re doing now is a riff on what business was in 1979,” he said. “It started as a sanswich shop, and the seasonal plate was always there.”