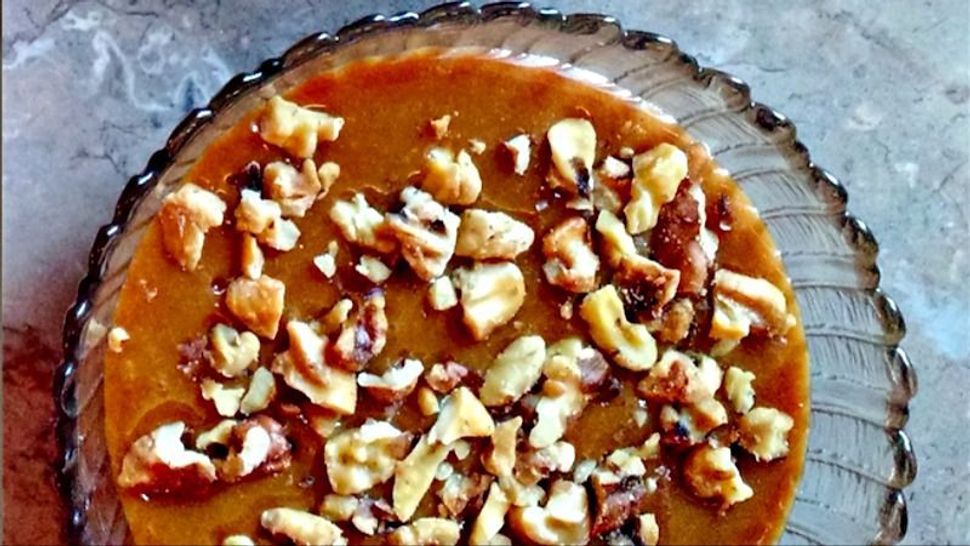 The Seder may be a vision of future redemption, but charoset is the day after, when it’s back to reality — where freedom and slavery, joy and sadness, love and pain, are all mixed together. Image by Noam Sienna

The Passover Seder includes a series of symbolic foods placed on a Seder plate, most of which are explained over the course of the meal: the matzo, the spring greens, the bitter herbs, the shankbone… But one element is left unexplained: the charoset, a paste-like mixture of fruit, nuts and spices, with recipes differing wildly from community to community. Although it is eaten with matzo and maror during Korekh, just before the meal, there is no discussion of its significance or acknowledgement of its symbolism in the Haggadah text. Why was it added to the Seder? What might it represent? And why are there so many recipes?

Charoset is not mentioned in the Biblical descriptions of Passover, which stipulate only the eating of a sacrificial lamb (qorban pesah) with unleavened bread (matzo) and bitter herbs (maror). The word charoset first appears in the Mishnah (Pesahim 10:3) and seems to be related to the Hebrew heres or harsit, meaning clay. There the sages explain that charoset is part of the Seder (along with matzo, greens and two cooked dishes) but not obligatory, although Rabbi El‘azar ben Tsadoq disagrees and maintains that charoset is, in fact, part of the mitzva of Pesah. 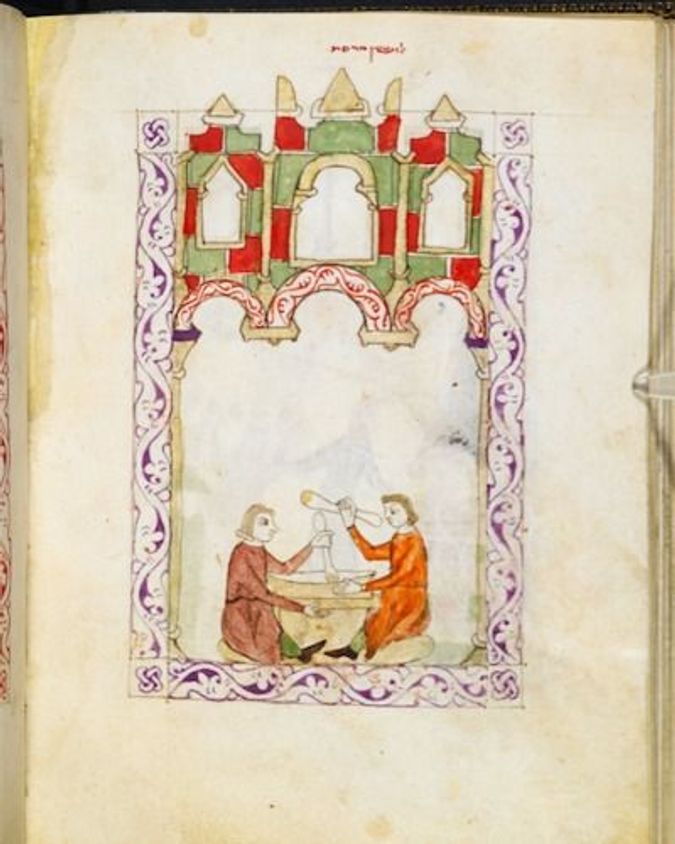 Food historian Susan Weingarten has observed that just as the Seder was modeled on the Greek symposium, there are parallels between charoset and various Hellenistic sweet-and-sour dipping sauces made with herbs, vinegar and honey, and served with bitter lettuces. Over the centuries, recipes proliferated as Jews spread across the Diaspora, adapting to the various foodways and ingredients around them.

The earliest recipe to have survived (to date) is in the notes of the great medieval philosopher Sa‘adia Gaon (Egypt, 882 — Baghdad, 942) attached to his monumental Siddur — the earliest comprehensive documentation of Jewish liturgy for weekdays, Shabbat and holidays.

In his Judeo-Arabic commentary on the Haggadah, he notes that the Seder leader “should prepare a dipping sauce from dates and walnuts and sesame, and knead it together with vinegar, and this is called haliq.” The etymology of the word ḥaliq for charoset is not clear (perhaps from an Arabic root referring to ripening dates) but it is used by Iraqi Jewish communities even today.

Imagining what this might have looked and tasted like from Sa‘adia Gaon’s laconic instructions, I thought of two products that could help replicate medieval ḥaliq without spending a day hunched over a mortar and pestle: pure tahini paste (ground sesame seeds) and pure date syrup or ‘date honey,’ known in Judeo-Arabic as silan. Tahini mixed with date syrup is actually still a popular snack in Iraq and the Persian Gulf (where it is known as dibs wa-rashi). With the addition of some toasted walnuts for crunch, and some balsamic vinegar for a little sour edge, it makes an incredibly addictive charoset that is popular for spreading on matzo, drizzling on apple slices, or just eating with a spoon, long after the Seder has ended.

Its sweet-and-sour taste and sticky texture not only hearken back to its Greco-Roman ancestors, but are part of Jewish tradition. In the Talmud, the rabbis offer a number of explanations for the charoset: its texture is “in memory of the clay,” namely, the mud and straw with which the Israelite slaves made bricks; its taste is “in memory of the apple trees,” namely, the trees under which, according to the midrash, the Israelite women seduced their husbands; and its color is “in memory of the blood,” presumably the blood of the paschal sacrifice, painted on the doorposts of Israelite homes the night before the Exodus.

There is another moment of blood, though, that the charoset also calls to mind: the blood painted on Joseph’s torn robe, the blood that set in motion the whole narrative arc of descent into Egypt, slavery and redemption. Medieval rabbis connected Joseph’s robe (ketonet passim) which was dipped in blood, with the karpas, the fresh herb which is dipped at the beginning of the Seder in salt water or, according to earlier traditions, into the blood-red, sweet-and-sour paste of the charoset itself.

When I put this charoset on my Seder table, it reminds me of all these intertwined symbols, and of the complicated process of redemption. The charoset is a paradoxical mix of sweet and sour, crunchy and soft, plain and spiced; an ambiguous symbol of slavery and freedom, of boundaries all mixed up and transgressed. It is, at once, the bitterness of the bricks of slavery and the bravery of the Israelite women, the exuberant sexuality of the Song of Songs and the terror of that long, dark, night hoping for the moment of liberation. It is the blood of life and the blood of death, the blood of a slaughtered goat that begins a story that reverberates through generations, all the way to my Seder table and another little goat, one bought for two zuzim.

Charoset is about things pounded together, and messiness, and muddiness, and love that’s mixed with sadness but still overflowing, and real life — a crunchy sandwich with chunks of bitterness and a sweet taste that lingers on the tongue.

Here are the proportions that I’ve found work for my taste. Feel free to experiment on your own!

Mix date syrup and tahini paste until smooth. Stir in vinegar, and then chopped walnuts (reserving some for garnish). Serve and enjoy!

This article has been updated from an earlier version.

Noam Sienna is a Jewish educator, foodie and graduate student in History at the University of Minnesota.