Charoset-Flavored Ice Cream is a Thing. And It’s Kosher for Passover 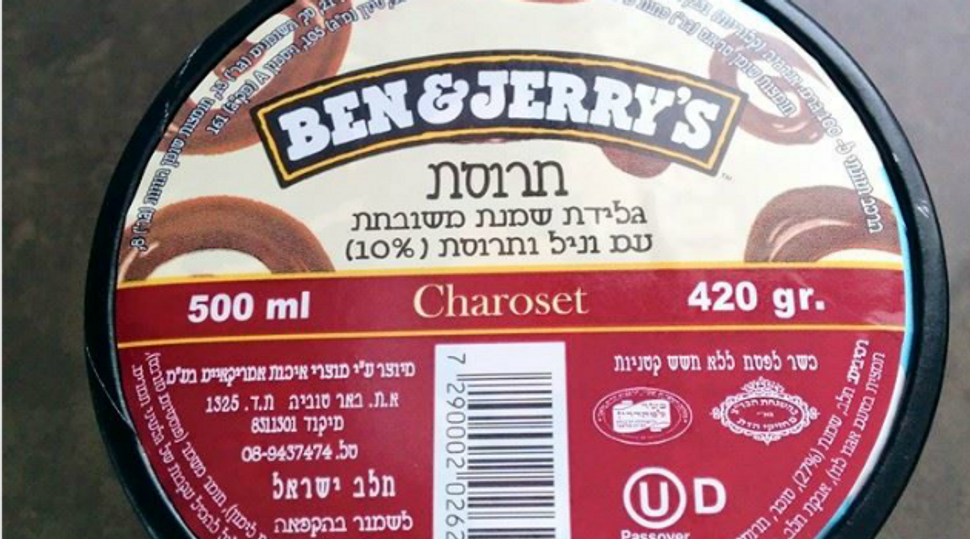 It’s T-minus 12 days until Passover. So, while you’re getting your bread-binge on, consider this: There is a charoset-flavored Ben & Jerry’s pint waiting for you on the other side.

Yes, ladies and gentlemen, charoset-flavored. And what’s more, it’s kosher for Passover (but only available in Israel — sorry guys!)

Because there are about as many versions of charoset as there are Jewish opinions (ie — infinite), let’s get specific. The Ben & Jerry’s version seems to be based on the classic Ashkenazi take, which includes apples, walnuts, cinnamon and honey. Sephardis tend to add dried fruits to make the charoset thicker and more like a paste than a compote.

As Bustle points out, the flavor isn’t new. In fact, it’s been readily available in Israel since 2012. As things do on the internet, the concept has made a social media comeback after The Jewish Standard posted a picture of the holiday flavor to their Facebook page.

Not a fan of charoset? Ben & Jerry’s carries other kosher for Passover flavors including chocolate, chocolate with walnuts, banana with walnuts, vanilla, coffee, and Dolce de Leche.

Put that on your matzah and spread it!

Charoset-Flavored Ice Cream is a Thing. And It’s Kosher for Passover